In this post, Mike Nickerson asks the question, “what would happen if one thing changes all else?” What if our current mindset focused on perpetual growth could be supplanted by a mindset emphasizing the Common Good? Would that make a difference. (Editor: RMontpellier) 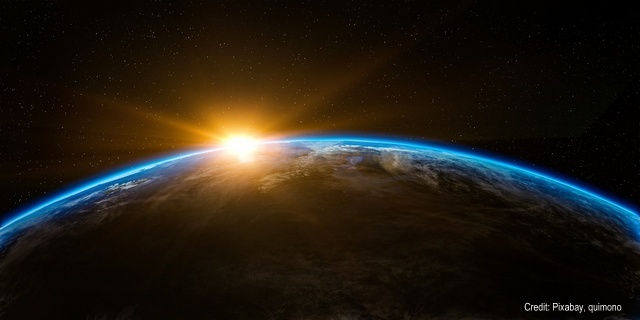 From ancient times, right up to living memory, humans have been a small, insignificant presence on the Earth.  Not so any more.  Today, civilization’s impacts are felt practically everywhere.  This change affects everything – in our human experience the Earth has gone from offering endless new frontiers to where our activity is able to overwhelm it.  It is critical that we acknowledge this change.  Many of our customs and institutions, developed when the Earth seemed limitless, aggravate the serious problems arising as we bump into planetary limits.

Herman Daly, former economist with the World Bank and coauthor of For the Common Good; Redirecting the Economy Toward Community, the Environment, and a Sustainable Future, believes that:

The growth ideology is extremely attractive politically because it offers a solution to poverty without requiring the moral disciplines of sharing and population control.

As recently as the 1950s, humans consumed less than a third of what the Earth offers.  Since then, economic activity has doubled and doubled again.  Some say our present level of activity is only possible due to diminishing reserves of fossil fuels. Others argue that we are doing fine; we just need to find ways to keep growing.

How impressive would human impacts be if we continue with what is traditionally considered “healthy” economic growth?  A growth rate of around 3% is considered healthy, though not great by pre-2008 standards.  At 3% growth, activity doubles in 24 years.  Think of any children you know.  Within their anticipated lifetimes, conventional economics would require human activity to double, quadruple and grow on to nearly eight times its present size.  Would those children thank us for leading them down such a path?

If an adult grew like a four-year-old, they would be in grave danger.  It made some sense for civilization to grow, as long as there seemed to be vast frontiers to grow into.  Now that we are exploiting practically every frontier, do we not owe it to the children to usher in a mature stage for civilization?

One Thing Changes All Else

When we admit that humankind’s relationship to the Earth has changed and plan our actions accordingly, we can have a well-fed, comfortably-housed, educated and healthy population, all while reducing pollution and our consumption of natural resources.  Even so, most of the world’s leaders continue to promote child-like economic growth.

What we need is to cut back on projects that consume energy and other natural resources and to spend into areas where knowledge and creativity are the primary inputs.  The cut-backs would minimize confrontation with planetary limits while the spending would move society into realms that are truly limitless.  If only today’s economists could see this, instead of arguing about whether consumption would best be encouraged by cutting or increasing government spending, as if the only possible goal is growth everlasting.

Food provides a good example.  When produced by human effort, rather than by machines and chemicals, more food can be grown per acre and the nutritional quality is better.  Such production also provides employment and can improve the soil.  Compared to industrial agriculture which requires ever more energy, mined fertilizer and manufactured chemicals, localized community-scale agriculture increases well-being while reducing resource consumption and pollution.

Other examples can be found in education and health care.  Education is practically free in terms of natural resources and waste.  Teachers can share everything they know and will be no poorer.  Indeed, they often learn more themselves as they teach.  Similarly health care, when aiming to increase well-being and reduce disease, is mostly knowledge and good will.  Add to this buildings designed and renovated with lots of insulation and south-facing windows, and we can have increased comfort with reduced energy consumption.

Food, education, health care and housing can all be provided with greatly reduced environmental impacts, and that is before actually acting like grown-ups and doing our best to make things last, rather than to become garbage, or shifting from materialism to the appreciation of living.

Having grown to fill our planet does not mean that humanity has run out of options.  It means that, as a species, we have grown up.  As in our individual lives, when we reach mature size, adult development is in the realms of knowledge, skills, relationships and the enjoyment of life.  By shifting from resource-intense activities to ones based on knowledge and skills, we can secure long-term well-being.  We don’t have to grow until we drop!

Long-term well-being requires broad recognition of our changed relationship with the Earth.  Tell someone about it; the children will thank you.

Related article:
Where Will the Grandchildren Live?