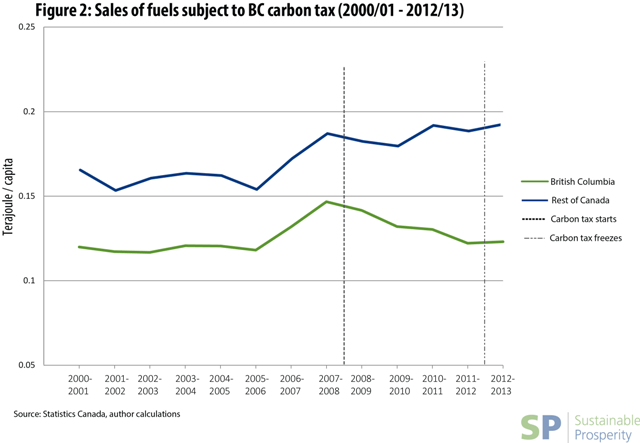 The BC Carbon Tax – Environmental and Economic Success

British Columbia’s carbon tax was implemented with a five-year schedule of rate increases starting at $10 per tonne in 2008, rising by $5 per tonne per year to $30 per tonne in 2012. The tax applies to almost all of the fossil fuels burned in the province (e.g., coal, gasoline, natural gas), amounting to over 70 per cent of the province’s carbon pollution.  In 2013, the government decided to keep the rate and coverage stable for five years — or until other jurisdictions introduce similar carbon pricing approaches. 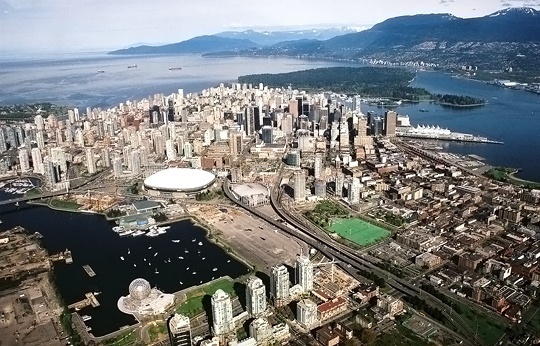 For the 2013–14 fiscal year, the carbon tax is forecasted to raise $1.2 billion. The Carbon Tax Act requires that money raised by the carbon tax be used to reduce other provincial taxes (referred to as ‘revenue neutrality’). In 2013–14, the largest reduction measures were cutting corporate income taxes ($440 million) and personal income taxes ($237 million) and providing low-income tax credits ($194 million).  These were the only three measures in the initial carbon tax design, but additional personal and business tax credits have since been included and they totaled $361 million in 2013–14.

Looking economy-wide, recent analysis shows per capita fossil fuel use declined by 16.1 per cent in B.C. from 2008 through 2013. The same metric has risen by over three per cent in the rest of Canada. During this same period, B.C.’s per capita GDP has slightly outpaced the rest of Canada’s, growing by 1.75 per cent versus 1.28 per cent. The study attributed the positive economic results to B.C.’s decision to use carbon tax revenue to lower personal and corporate income taxes. 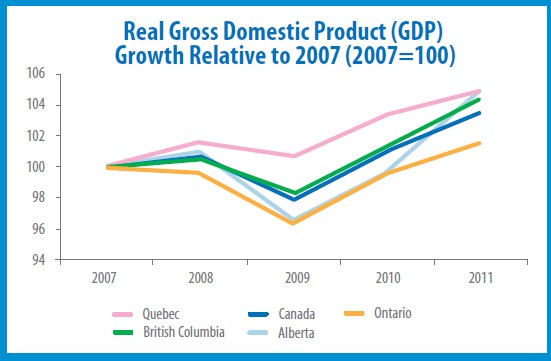 The Revenue and the Tax Cuts 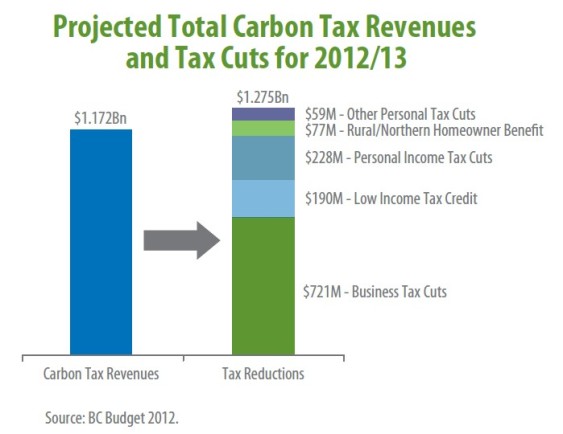 The carbon tax has been responsible for a much larger than anticipated drop in per capita gasoline demand. The drop was almost five times greater than what would be expected from an equivalent increase in gasoline price not related to the carbon tax.

In 2008, we put a price on carbon through a revenue-neutral carbon tax. Since then, our energy-related greenhouse gas emissions have dropped by more than 5 percent and emissions are down across the board, all while our economy has continued to grow. And we still maintain some of the lowest personal and corporate income taxes across Canada. Here in British Columbia, we are proving that you can grow the economy and protect the environment at the same time. ~ Premier Christy Clark

Tracked since the carbon tax was announced in February 2008, public support dropped as low as 40 per cent when the policy was implemented, then mostly trending upwards to as high as 64 per cent in November 2012. Independent of the carbon tax, British Columbians have expressed a high degree of confidence that the province can reduce carbon pollution without negatively impacting the economy.

The province invited British Columbians to share their views on the carbon tax during the 2013 carbon tax review. Of the 2,200 public submissions received, more than 75 per cent expressed support for the tax and for taking next steps to strengthen the policy.

An April 24, 2014, survey shows that 78 percent of BC residents favour a transition away from fossil fuels to clean energy. In another poll commissioned by the Pembina Institute, Clean Energy Canada and the Pacific Institute for Climate Solutions, respondents indicated that the provincial economy would be strenthened by embracing clean technology and clean energy. 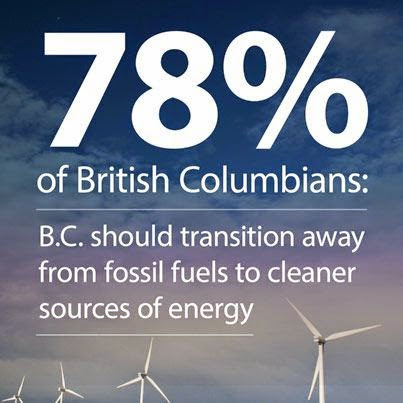 The success of the British Columbia Carbon Pricing experience has not gone unnoticed in the rest of Canada and around the world. As the two central provinces of Ontario and Quebec continue to discuss joint climate action initiatives, the BC model will serve as a template for both provincial premiers Kathleen Wynne of Ontario and Philippe Couillard of Quebec. The two Premiers have agreed to collaborate on market based mechanisms to:

Explore the use of market based mechanisms in Ontario, Québec and California….. as an effective way to curb climate changing emissions while promoting sustainable economic advancement within a competitive global economy.

My prediction: Watch for Carbon Pricing in Ontario and Quebec in 2015.