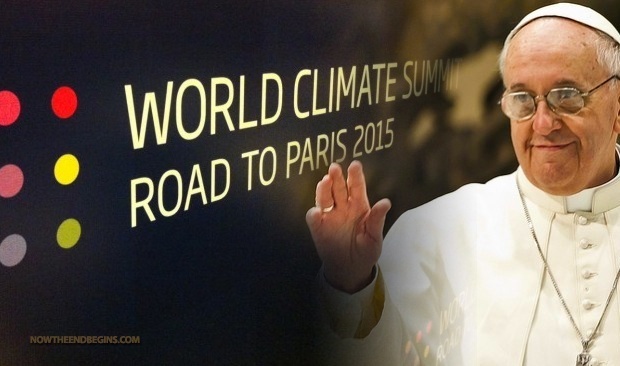 As a member of Citizens’ Climate Lobby Canada, I’m featuring the CCL September media packet designed to assist members in their conversations and messaging around carbon pricing. The Pope’s climate mission began with the release of the Encyclical and will culminate in Paris in December. (Rolly Montpellier, Editor for BoomerWarrior).

The Pope’s appearance before the US Congress and the United Nations should be viewed as an opportunity to begin earnest conversations about carbon pricing across the continent. [These are the next steps in his climate mission.]

Canada is currently in the midst of a Federal Election. Regardless of who wins the election, the climate crisis urgently requires cross-party cooperation because the current plans of the three big federal parties all lack details and/or effectiveness.

One of those worst-case scenarios of the climate crisis is the displacement of millions of people throughout the world as water and food shortages create instability and force people to make desperate migrations. The tragic plight of migrants currently seeking refuge in Mediterranean countries is a foretaste of what lies ahead as conditions worsen.

Our current business-as-usual pace of burning fossil fuels places us on a trajectory of warming that ensures the current nightmare of the migrant crisis will grow to unimaginable proportions. To avoid that bleak scenario, the world must drastically reduce greenhouse gas emissions, which is the aim of the Paris accord. Canada is not doing its part. In fact, Canada has currently committed do less than the USA in cutting our domestic greenhouse gas emissions, breaking a two-decades-long tradition of setting matching greenhouse gas reduction targets with the United States.

When Pope Francis speaks before a joint session of Congress later this month, he will carry with him the hopes and prayers of people everywhere that humanity will finally take the steps necessary to secure a livable world for future generations.

I urgently appeal, then, for a new dialogue about how we are shaping the future of our planet. We need a conversation which includes everyone, since the environmental challenge we are undergoing, and its human roots, concern and affect us all. (Pope Francis, Encyclical)

His speech in Washington, followed the next day by an appearance before the U.N. General Assembly, comes less than 10 weeks before the opening of the COP21 United Nations Climate Change Conference in Paris. At that meeting, it is hoped an agreement will be reached committing 196 nations to reduce greenhouse gas emissions enough to avoid the worst-case scenarios of climate change.

US Congress in a Gridlock

Using the only tools at hand, this summer, President Obama rolled out the Clean Power Plan, which will utilize EPA regulations to reduce CO2 emissions from power plants 32 percent by 2030. But the new EPA regulations have come under fire from opponents in Congress. Clearly, a “Just say no” response to the new rules is not a viable option. Until now, however, the climate change crisis has been met with divisiveness and a response that only the Democratic half of the US government fully embraces.

Looking for a Bipartisan Solution in the US

When all parties become earnestly engaged in that conversation, the talk must turn to solutions that are acceptable to both Republicans and Democrats. And what might such a solution look like?

Many conservatives, among them former Reagan Secretary of State George Shultz, believe the best option is the market-based approach of a revenue-neutral carbon fee. If the revenue from that fee is returned equitably to all households, this approach will actually grow the US economy, removing the biggest concern that conservatives have about carbon pricing.

Regional Economic Models, Inc. (REMI), conducted a study on this policy, known as Carbon Fee and Dividend, calculating an annual increase of $10 per ton on the carbon dioxide content of fossil fuels. REMI found that emissions would be reduced 52 percent below 1990 levels after 20 years. The other good news from the study is that the policy would add 2.8 million jobs during that time, chiefly because of the economic stimulus of recycling the carbon fee revenue back into the economy. Carbon Fee and Dividend also employs border tariffs on imports from nations that do not similarly price carbon, thereby maintaining a level playing field for American and Canadian businesses.

Canada Could End the Gridlock

There is no doubt that the success of the Paris agreement hinges on commitments the United States is willing to make. However, as their second largest trading partner and as their continental cousin, Canada has the power to end the climate gridlock in the US and the world. We could lead the way with a national Carbon Fee and Dividend policy.

Momentum for a National Carbon Price Building in Canada

Canada does not have a nationally coordinated plan to price carbon. Throughout 2015, the political will for a national carbon pricing policy has grown immensely from a across a broad spectrum:

Academics: The Sustainable Canada Dialogues, an initiative of academics from all 10 provinces released a paper Acting on Climate Change in March. They called for a national carbon pricing policy.

Oil Companies: In late May: Suncor’s CEO called for a carbon tax and Statoil, Royal Dutch Shell and other major oil companies in Europe wrote a letter to the UNFCCC declaring a need for carbon pricing.

National Newspapers: In June, the editorial boards for the New York Times and Globe and Mail endorsed revenue neutral carbon taxes respectively. Further to that and political stripes aside, when analyzing the Green Party’s platform for reducing GHG emissions, which has Carbon Fee and Dividend as its central plank, Lorrie Goldstein, a Sun Media columnist said in July: “If you’re serious about reducing greenhouse gas emissions, the Green Party should be your party.”

On August 21, the Globe and Mail’s editorial board gave the Green Party the highest marks of all the political parties for their carbon pricing policy. Regarding the other political parties they said the following: “The Liberal and NDP plans, in contrast, have substance and specifics, but also a fair bit of deliberate vagueness. They get a passing grade, with marks deducted because they won’t show voters their workbooks. The Conservative plan, which rejects the textbook’s lesson on using markets to achieve environmental goals, gets a fail.”

Canadian Medical Association: In August, the Canadian Medical Association approved a motion to promote the positive health impacts of pricing carbon emissions. They cited British Columbia’s carbon tax as a good example. BC’s fossil-fuel tax has reduced consumption of fossil fuels by 16% and their provincial GDP has grown above the national average.