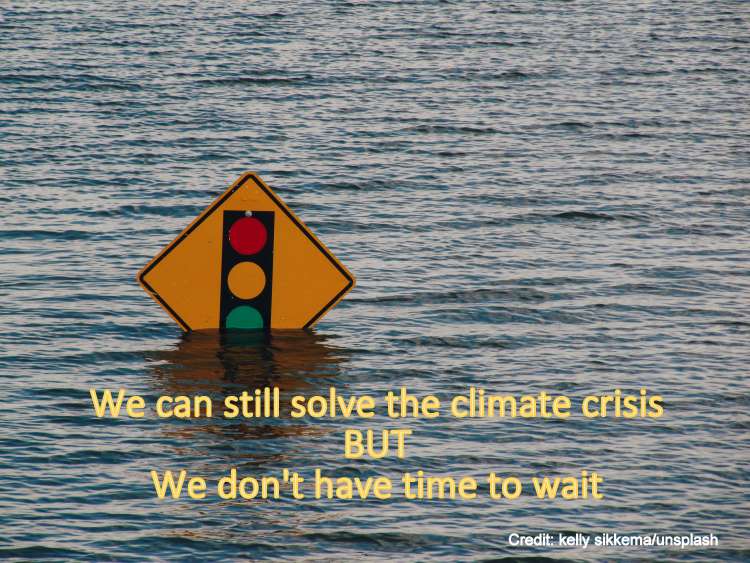 Does the climate crisis scare you? Does it keep you up at night? Grant Linney is an environmental educator trained by the Al Gore Climate Reality Project. Grant says he’s scared scat-less about climate change.

The global parade of extreme weather continues. Europe, Asia and the North America are experiencing record heat and attendant wildfires. The Guardian newspaper (Britain) dubs this “a wake-up call” and, once again, the U.N. Secretary General issues a dire warning to humanity: we must choose now between “collective survival” and “collective suicide.” With continued inaction, it’s only going to get worse — much worse — and faster than anticipated.

So, yes, I am scared “scat-less,” scat being the scientific term for an animal’s solid waste. I have no children but, as a passionate lifelong outdoor and environmental educator, I am deeply worried for our children’s future. I can’t for the life of me understand how parents, grandparents, and others with children in their lives are not demanding — loudly and incessantly — massive political and corporate action. Our other concerns of the day — inflation, housing prices and freedom convoys — utterly pale in comparison to this most existential of all threats.

I retired from full time teaching in 2008. Two years later, I went to Nashville for four days of intensive training on climate change with Al Gore and a cadre of climate scientists. Since then, I have easily devoted 10,000 hours to further reading and constant updating of my climate knowledge. And, I have delivered 760 presentations to a wide variety of audiences — high schools, universities, service clubs, church groups, businesses and public institutions including the Royal Botanical Gardens.

Since COVID, my virtual presentations have evolved into three parts. Part One is a no-brainer: it’s about the indisputable and grim facts of human-caused climate change.

Part Two surveys an impressive array of science-based solutions to this crisis. There is absolutely no question that we can solve the climate crisis. But we are not doing so. Powerful, corrupt and vested corporate interests continue to focus on short-term profit. They constantly and effectively lobby our governments to block meaningful action.

Astrophysicist Neil de Grasse Tyson notes that, once science has clearly identified a problem (not to mention the solutions), we must then turn to the political arena to determine what we are going to do about it. This is my topic for Part Three. This is the tough one and we are failing miserably at it. We are acting as if human-caused climate change is a tomorrow problem when it is right now and right here.

Al Gore says, “It’s more important to change laws than light bulbs.” Sure, you can act as an individual and lower your personal carbon footprint by taking steps like switching to LED lighting, making your next car an EV, and installing a heat pump to replace fossil gas. These are all positive actions, but they are now not nearly enough. We need system change. We need governments at all levels to change the operating rules for society, e.g., eliminate incandescent and fluorescent bulbs, tax carbon, immediately ban all fossil fuel advertising, offer incentives for EV purchases and home energy upgrades. And, we need corporations (particularly fossil fuel companies, banks and vehicle manufacturers) to stop their greedy and short-sighted pursuit of quarterly profits. They must become legally (criminally) accountable for actions that threaten life on earth as well as causing property damage or injury.

We know it exists, but we do not talk about it. Ignoring it is not a solution. Hoping that someone else will effectively address it is not a solution. You are entitled to hope, but only if you act with a view to system change. We must resist the impulse to be numbed into silence and inaction. This cries out for open and loud conversations. This cries out for communication with politicians and corporations and fellow citizens at ALL levels … they must repeatedly hear that you demand decisive climate action now. We must engage the movable middle.

The future is what we choose today — when we don’t speak up, we implicitly support the status quo and this, to quote the U.N. Secretary General, is indeed “collective suicide.”

(This post was previously published in the Hamilton Spectator.)

Grant Linney lives in Dundas, Ont. This is part of an ongoing series, “The Future We Choose.” They are archived at: loveyourmother.ca