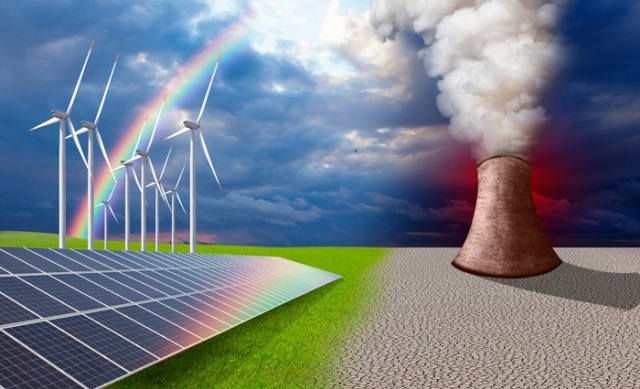 What Canadians need is a new national dialogue, not about the future of oil but rather about the promise of clean energy.

Are politicians in Canada suffering from “collective amnesia”? Have they forgotten Canada’s pledge in Paris, you know the one about reducing our emissions by 30 percent below 2005 levels by 2030? Have they not seen the shocking numbers — what Canada has to do by 2030 to meet its own targets?

National Dialogue on Emissions is Unrealistic

Well, you can’t get there from here. The numbers are astounding. In 2005, Canada produced of 749 megatonnes of greenhouse gas emissions according to Environment Canada. The Trudeau government must now cut 225 megatonnes, down to 524 megatonnes per year in the next 15 years — a formidable if not impossible challenge — to achieve its Paris commitment.

But Canada’s 2015 Emissions Trend Report shows that emissions are actually on the rise — from 726 MT in 2013 to 766 MT by 2020. The sobering reality is that it would require cuts equivalent to all the emissions from cars, trucks, electricity and buildings in the country. — clearly a non-starter.

Chart of three scenarios for the output of GHGs. Credit: Environment and Climate Change Canada

The oilsands’ share of national greenhouse emissions is projected to increase by 124 percent to 115 megatonnes between 2010 and 2030. (Environment Canada data). So why are we still talking pipelines and increasing oilsands production?

In a recent Climate Action Network Canada poll, 60.7 percent of people in the Maritimes oppose Energy East while 27.7 percent support it. At the national level, 47 percent oppose and 40 percent support the pipeline. In spite of a growing wall of opposition to Energy East, Premier Gallant of New Brunswick and most of his provinvial premier colleagues continue to support the construction of pipelines to get Alberta’s Tar Sands oil to market.

So as Canada continues to drift away from its own targets, Prime Minister Justin Trudeau, the provincial and territorial leaders, as well as Catherine McKenna and her provincial counterparts continue to talk about building more pipelines and allowing the expansion of the Tar Sands. Oil-rich Alberta needs greater access to world markets they all agree.

The double speak on climate by Justin Trudeau and provincial premiers is confusing, misleading and hypocritical. In a recent article I’ve attempted to show that our Prime Minister has been more of an “empathizer-in-chief” than the visionary leader Canada needs. During his latest meeting with Alberta’s Premier Rachel Notley, Trudeau talked about  how “Ottawa can work with Alberta on a plan to combat climate change and how to expand access to markets for Alberta’s oil and gas.” But it’s not remotely possible to do both simultaneously.

We support Prime Minister Trudeau’s and Premier Notley’s pledges to act on climate and to live up to Canada’s global climate commitments but building more pipelines will make those goals impossible……We simply can’t add tens of millions of tonnes of additional greenhouse gases to the atmosphere for decades and call it climate leadership.

Other examples of oil doublespeak involve the addition of a climate test to the National Energy Board environmental assessment process. Both the Kinder Morgan and Energy East pipeline projects will be subject to an upstream emissions test prior to the final decision by the Liberal cabinet. But soon after the announcement, government officials were quick to clarify that upstream emissions will be only one of several factors in arriving at a final decision on a pipeline project. Climate and the environment will not trump other factors such as the economy, jobs, societal needs, etc.

“A climate test on pipelines is only meaningful if it respects the commitment to 1.5ºC that Prime Minister Trudeau made in Paris, and that would mean taking pipelines and tar sands expansion off the table. There’s no such thing as a climate friendly pipeline. The science is crystal clear: in order to prevent catastrophic climate change, fossil fuels, and especially tar sands, need to stay in the ground. Any ‘review’ that concludes you can build more tar sands infrastructure is nothing more than a greenwashing exercise.”

I do not believe that it’s even possible for a pipeline carrying oilsands bitumen to pass a climate test even if its main purpose will be to export oil and therefore emissions to foreign destinations? The exporting of emissions is not climate leadership; it’s blatantly hypocritical and immoral in view of the “Canada is back” announcement made by Justin Trudeau in Paris.

Once unstoppable, the Alberta oil industry is now on its death bed. Energy experts and environmentalists take a very dim view of the future of the Tar Sands. The skyrocketing growth of renewable energy combined with the post Paris Agreement action to slow global warming are the beginning of the end of the Tar Sands.

“Within the realm of sanity, I think the oil sands are finished,” says David Schindler  (limnologist and ecologist at the University of Alberta). Schindler predicts a major consolidation of oil operators until only a few remain, but then predicts that “Eventually they too will fall. New investment? Not unless investors are total idiots.”

The New National Dialogue Must Be On Clean Energy

A 2015 report by Analytica Advisors (Canadian Clean Technology Industry Report) reveals the tremendous potential of clean energy for the Canadian economy and the future of jobs in the energy sector:

Admittedly this extract from the report shows a trend going in the wrong direction but therein lies the opportunity to shift the dialogue away from oil and towards the clean energy potential. Clean Energy Canada is urging Prime Minister Justin Trudeau, who campaigned on the promise of a clean energy future as a key climate solution, to transform Canada into a green energy superpower. Merran Smith (executive director of Clean Energy Canada) talks about Canada’s potential:

With a firm majority and a clear mandate, the Liberal government faces an historic opportunity to restore Canada’s credibility as a climate leader, and grow our share of the global clean energy and technology market.

The First Ministers Meeting on climate is scheduled for March 3. The Prime Minister and the Premiers must focus on two issues: a clean energy framework for Canada and a pan-Canadian carbon pricing strategy. This kind of political direction will mark the beginning of a new national dialogue on energy.