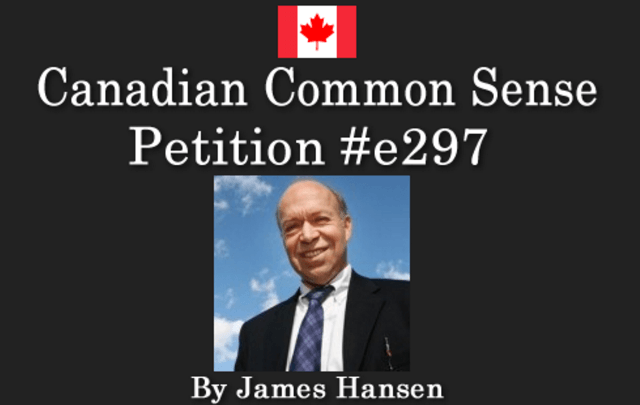 Too simple and honest.  “I can’t get one vote for that” in the U.S. Senate, so said the Democratic leader charged with shepherding energy/climate legislation during Obama’s first term.  He was referring to revenue-neutral “Fee & Dividend”, a gradually-rising carbon fee collected at fossil fuel sources (domestic mines and ports of entry) with the funds distributed equally to all legal residents of the country.  Such an approach would give all citizens and business people visible incentives to reduce fossil fuel use, spurring the economy, modernizing energy infrastructure, and phasing out fossil fuels faster than big-bank-driven “schemes” such as cap-and-trade.

However, he insisted that cap-and-trade gimmicks were needed to attract support of legislators. After this Waxman/Markey bill reached 3500 pages in length, I stopped counting.  Every lobbyist who could raise his arm to write a paragraph got it stapled into the bill.  Legislators were paying off the people who paid them off.  That’s the way our Washington politics seems to work.

“Don’t let the perfect be the enemy of the good” I was told.  Good?  How can cap-and-trade be good, if it is certain to be check-mated before it is global?  Even in checkers you must think a few moves ahead.  What is the “cap” on India?  Cumulative fossil fuel emissions of the average American are now 25 times greater than those of an Indian. Why would India accept a small cap?

They have declared that they will not, and they mean it. The planet is cooked with that approach.

That’s the global checkmate.  But cap-and-trade is checkmated in many individual countries; it is labeled cap-and-tax, correctly, because it raises prices without compensation to the public.  So there is no prospect of getting 190 nations to adopt cap-and-trade with caps that stabilize climate.

Will Canada Show the Way on Carbon Pricing?

In contrast, a carbon fee, should it be agreed upon by say China and the U.S., could be made near-global via border duties on products from countries without a carbon fee.  A slowly rising revenue-neutral carbon fee is the approach that would help nations such as India move as rapidly as practical to clean energies, which they desperately need.

Obligations for technical and financial assistance from the developed countries are already well recognized.

Agreement on a carbon fee by the major powers would become more plausible if fee & dividend were demonstrated by some country.  Surely, I thought, leaders of other countries can understand the merits of a simple carbon fee & dividend.  However, after interacting with officials in about a dozen countries, many described in my book (Storms of My Grandchildren), I realized that the political bribery situation in the rest of the world is not much different from that in the U.S.

Nevertheless, it is conceivable that leadership will emerge somewhere.  Indeed, as fires engulf the oilsands, there is an encouraging rumble to the north.  The Canadian Citizens’ Climate Lobby has started an electronic petition in Canada that will be presented to Canadian Parliamentarians if it gets 500 signatures from people who are residents or citizens of Canada.  Canada just might provide the spark that begins to move the world toward a solution.

If you are eligible, please check e-petition #e297: https://petitions.parl.gc.ca/en/Petition/Details?Petition=e-297.

Dr. Hansen is the American adjunct professor in the Department of Earth and Environmental Sciences at Columbia University. Recognized by many as America’s leading climate scientist, Dr. Hansen is a member of CCL’s Advisory Board and is a strong advocate for CCL’s Carbon Fee and Dividend proposal. He is the author of Storms of My Grandchildren, and he recently spoke at the Berkshire-Hathaway shareholders meeting in Omaha to urge support for a revenue-neutral fee on carbon.