Has Big Oil violated our rights? Have we been wronged by Big Oil? And are Big Oil companies continuing their predatory practices on our environment? The answer is yes, yes and yes. It’s time to sue the bastards.

West Coast Environmental Law is the lead group for the Sue Big Oil Campaign. Holding fossil fuel companies accountable for the climate crisis is the focal point of this action. Although the campaign singles out British Columbia, the deadly effects of Big Oil practices are everywhere.

During 2021, British Columbians suffered the full impacts of the emerging climate crisis. Environment Canada reported that BC was  “baked, dried out, scorched, flooded and inundated with mud, rock and debris flows.” First there was the summer heat dome and wildfires. Then winter brought unprecedented rain—atmospheric rivers—floods and multiple landslides. 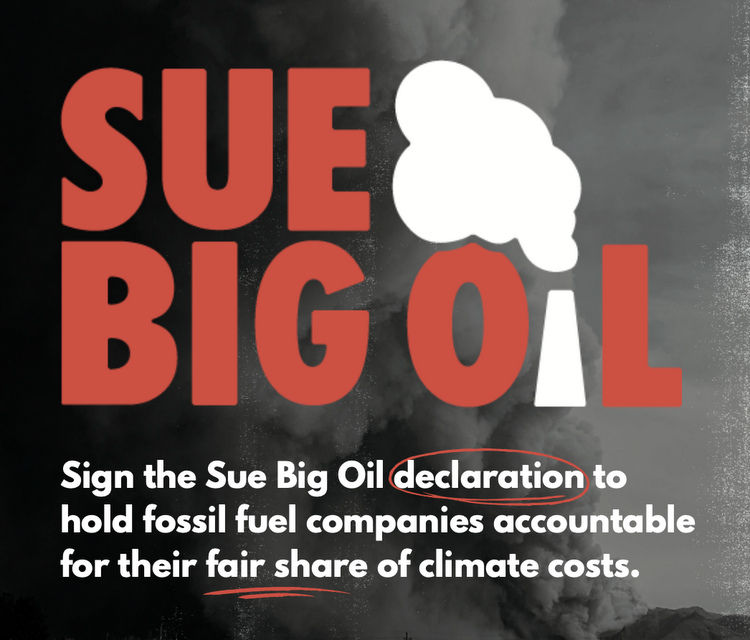 For decades, oil and gas corporations have known that burning fossil fuels would cause the heat waves, wildfires, drought and flooding that we’re now experiencing in BC.

These multinational companies spent millions to deceive, deny and distract us on their way to billions in profit by preventing action on climate change.

It’s not right that CEOs and investors continue to pocket the profits while we pay the skyrocketing costs of climate damages.

We must force oil and gas corporations to change their business practices and pay their fair share for the harm they’re causing.

How do we pay for a safer and healthier future for all British Columbians? Let’s sue Big Oil.

We call on our local governments to:

There are Six Ways To Get Involved in the campaign. Start by viewing the video.