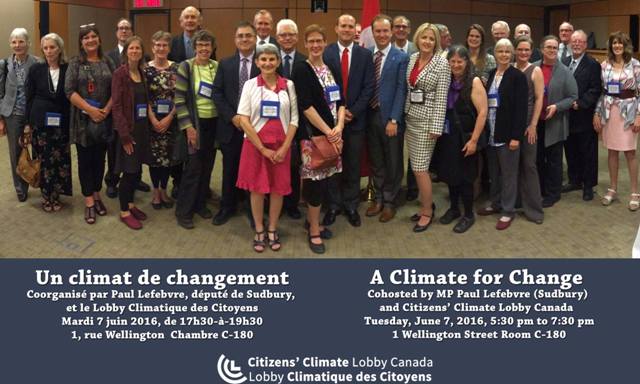 I’m a climate activist. I spend hours every day working on climate issues – writing letters to editors, publishing posts on BoomerWarrior.Org and social media. As a member of Citizens’ Climate Lobby Canada, 350 Ottawa and Climate Reality Canada, I attend meetings, functions and organized events and protests. My goal is to reduce climate unawareness and the stubborn climate blindness that permeates our society and our politics.

My online activism reaches over ten thousand people each week. My website has received over 100,000 views. My number of Twitter and Facebook followers continues to grow. Online activism is effective and necessary because it reaches the masses. But it’s not enough. More, much more, is required to help shape climate and energy policy in Canada. We need to lobby Members of Parliament.

Why I Lobby Members of Parliament

The work of climate action is slow, painful and sometimes dispiriting. Climate unawareness is everywhere. It’s the territory we activists work in. On-the-ground activism, which involves live contact with other like-minded people, infuses me with renewed hope and a sense of accomplishment.

That is why I lobby Members of Parliament. I was proud quite recently (June 5-8) to be part of a team of 30 unpaid CCL lobbyists from British Columbia, Alberta, Ontario, Quebec, Nova Scotia, California and Vermont who lobbied on Parliament Hill for a revenue-neutral carbon tax. We lobbied face-to-face 36 Members of Parliament  (MPs) including:  21 Liberals, 9 Conservatives (+2 aides), 5 New Democrats and 1 Green.

My Member of Parliament is Karen McCrimmon in the riding of Kanata-Carleton.  Although she was unable to attend a lobbying session on Parliament Hill, my friend and CCLer colleague Ken Johnson and I met with MP McCrimmon in her constituency office on May 25. Our discussion centered on climate change in general but also on Carbon Fee and Dividend — a revenue-neutral carbon pricing mechanism where a fee is levied on polluters and the dividend is returned to citizens.

This spring’s CCL lobbying initiative started with a mini-conference the afternoon of June 5. Three of us from the CCL group were able to attend Karen McCrimmon’s climate consultation event later in the day. We were able to participate and share our concerns about climate change. The format provided for participants to have a one-minute spot at the microphone to present a point of view. Luckily one could stand in line again for another minute. During my three spots I spoke about the freezing of the Tar Sands expansion, #keepitintheground, no more pipelines, ending fossil fuel subsidies and the immediate transition to clean energy.

The great story coming out of MP McCrimmon’s consultation is the specific mention of Carbon Fee and Dividend (CF&D). CCLer and friend Cathy Lacroix used her one-minute spot to shine the light on carbon pricing and specifically CF&D. MP McCrimmon asked the audience for a show of hands to find out who had heard of Carbon Fee and Dividend. Only a few had. Cathy then asked if we could circulate a copy of the infographic (below) which she just happened to have with her. The end result is that over 100 people went away with a better sense of carbon pricing alternatives. Quite a productive evening for CCLers.

The Pervasiveness of Lobbying

A 2013 Macleans report showed the 10 most active lobby groups that lobbied the Canadian government on natural resources and the environment. Led by the Canadian Association of Petroleum Producers (CAPP), these groups totaled 254 lobbying efforts. CAPP alone lobbied the government 58 times and energy companies lobbied 132 times.

Cathy Orlando is the National Manager for CCL Canada. She sums it up this way:

By building political will across Canada one riding at a time, we can give the government the courage to do the right thing and we can hold their feet to the fire if they fail us.

The Citizens’ Climate Lobby strategy to lobby Members of Parliament is proving to be an effective tool in the shaping of climate policy and more specifically Canada’s national carbon pricing plan. I’m already looking forward to CCL’s fall lobbying session on Parliament Hill.