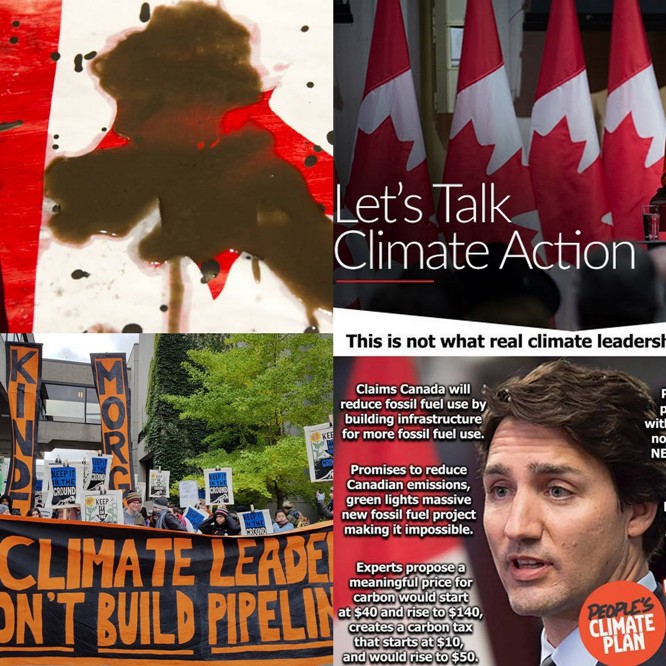 As the COP22 climate talks in Marrakech comes to an end, Canada’s climate rhetoric is a continuation of last year’s declaration at COP21 in Paris. “Canada is back my friends. Canada is back, and here to help. We are ready to take on a new leadership role internationally,” said Trudeau. But that’s a tough act to follow because the global community is now aware of Canada’s failure to align its climate action with its climate rhetoric. The raw reality is that “Canada in Only Half Back My Friends.”

Minister of the Environment and Climate Change, Catherine McKenna, does her very best to spin a positive climate message in spite of her government’s under-performance on the climate. Canada has simply not lived up to its Paris promises. And yet, a News Release just prior to the start of COP22 refers to Canada’s “long list of climate accomplishments” following the Paris Agreement of 2015.

To address the global challenge of climate change effectively, all countries need to work together now to put the Paris Agreement into action. As we build on the momentum of the past year, Canada is proud to play a leadership role, once again, in international efforts to address climate change, which will ensure a more sustainable and prosperous future for our children and grandchildren.

Canada will build on the momentum of this year, including the early entry into force of the Paris Agreement, the amendment to the Montreal Protocol to phase down climate-warming hydrofluorocarbons (HFCs) used in refrigerants and air conditioners, and the International Civil Aviation Organization’s historic agreement to mitigate emissions from airplanes.

Of course it would not be popular to mention in any way the current disarray in Canada over carbon pricing and climate policy. The fact is that Canada is in Marrakech with nothing to brag about.

When Actions Do Not Match the Climate Rhetoric

Canadians know that when it comes to the climate, actions speak louder than words. Canada’s climate actions are falling far short of the rhetoric coming from government officials including Prime Minister Trudeau, Jim Carr, Minister of Natural Resources and Catherine McKenna, Minister of the Environment and Climate Change.

At the Marrakech conference, Canada is trying to remain very quiet about our new-old target a 30 percent emissions reduction by 2030, based on 2005 levels. This target was set by the Harper government which was criticized and maligned as a climate laggard. Once a floor, the target is now a ceiling.

Carol Linnitt of DeSmog Canada writes that “Under its current policies, Canada will miss both its 2020 pledge and its 2030 [Nationally Determined Contribution] targets by a wide margin,” according to Climate Action Tracker. The group estimates that based on current climate policies Canada’s emissions will increase by 3 to 18 per cent by 2030.

Perhaps we can try to boast about our new national pricing policy in Marrakech. But then the $10 per tonne starting in 2018 and peeking at $50 per tonne in 2022 is laughingly short of what is required. This pricing scheme is woefully inadequate as a response to the challenge posed by climate change and will not get Canada near its 2030 emissions-reduction goals.

Nor can Canadian government officials brag about the unofficial, but very real, policy of the Trudeau government to support the expansion of fossil fuel infrastructure. A recent report by Oil Change International (OCI) shows that new pipelines meant to ramp up oil sands output will contravene Canada’s Paris Agreement commitments.

“These pipelines wouldn’t be needed unless there’s a massive expansion of tar sands that is allowed to continue right up to 2030….Once the pipelines are built, there’s a huge incentive to continue filling them and allowing that expansion…We can’t continue expanding oil production in the midst of a climate crisis,” says OCI‘s Adam Scott.

You just can’t reduce emissions by building new pipelines which will export dirty oil to foreign markets. Emissions have no respect for national boundaries and the atmosphere does not care where the emissions come from. Its behavior simply reflects the total number of tonnes being dumped into the air we breathe.

In Marrakech, the global community is calling on Canada to align action with climate rhetoric exposing the facade of climate leadership championed by the Trudeau government.

Maya Menezes, a member of the Canadian Youth Delegation (CYD) had the courage to say what millions of Canadians think:

The hypocrisy of touting climate ambition at COP22 while continuing to develop fossil fuel infrastructure in Canada has not been lost on the international community. Canada cannot continue to trade on promises– it’s time to lead with action. Rejecting the Kinder Morgan pipeline proposal will be the next test of Canada’s true commitment to the international community and Indigenous peoples.

The following excerpt from iPolitics sums up the Canadian dilemna in a nutshell:

Canada is a nice country. We like the idea of taking action against climate change, we support other countries in their efforts, we’d like to meet our obligations. We also really want to sell the world more fossil fuels. This means we put forward climate initiatives that produce great headlines while delivering little in the way of actual GHG reductions — then approve large projects that increase our emissions. 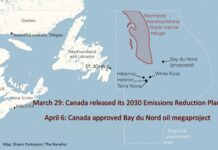