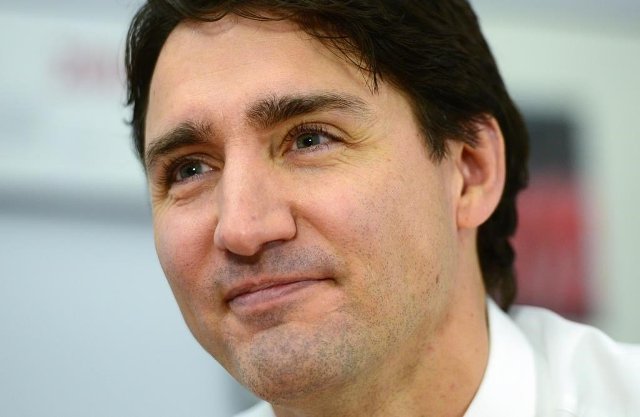 Canada’s climate and energy policies are in a state of cognitive dissonance. Cognitive dissonance occurs when one tries to entertain two opposing ideas at the same time. This creates tension and a psychological discomfort which forces one to resort to clever and self-deluding ways to justify one’s decisions and actions. Prime Minister Trudeau’s attempt to blend climate action and fossil-fuel expansion is a textbook case of cognitive dissonance. The two concepts are irreconcilable. And the PM is doing intellectual cartwheels to try to convince Canadians that he can do both simultaneously. The federal strategy is full of blindspots that leave many perplexed and questioning if he has a hidden agenda backed the fossil fuel sector.

In this post, Mitchell Beer exposes the two faces of Trudeau’s climate strategy. His article was originally published in The Energy Mix and is reproduced with his permission.

He touts Alberta’s historic climate leadership plan as a key pre-condition for pipeline approvals, but believes no politician in their right mind would leave major fossil fuel resources in the ground, rather than exploiting them.

Prime Minister Justin Trudeau quite evidently sees no conflict and no contradiction between the two faces of his government’s climate and energy strategy. And as 2016 drew to a gut-wrenching, heart-rending close, the PM gave every sign of doubling down on both sides.

Just before the holidays, Trudeau made his first visit to British Columbia since his cabinet approved a controversial $6.8-billion expansion for Kinder Morgan’s Trans Mountain pipeline. While he was in town, he told a Facebook Live interview that “you’re going to have voices on either side of the debate. You have to respect those voices. You have to draw on their concerns and try to allay those concerns as best we can, whether or not you can get unanimity on any given project.”

But according to the Globe and Mail, he also “expressed some exasperation with critics of fossil fuels,” with this comment: “Where we have to recognize that we’re not going to find common ground is in the people who say the only thing we can do to save the planet is to shut down the oil sands tomorrow and stop using fossil fuels altogether within a week.”

DeSmog Canada shot back with the observation that no one is campaigning to shut down the oil sands tomorrow, or even decrease production, and no Canadian environmentalist has ever taken the position that fossil fuel use should stop next week. “Rather than a Prime Minister who creates caricatures to argue we can’t find common ground, Canada urgently needs a leader who works with real people to create it,” wrote Executive Director Emma Gilchrist.

The problem with Trudeau’s pipeline and liquefied natural gas approvals is that they both expand capacity and amp up emissions, when there’s no more atmospheric space to accommodate them.

The next day, during a Q&A at an event hosted by the Calgary Chamber of Commerce, Trudeau said that Trump raised the Keystone pipeline issue in their first discussion after the U.S. election, and affirmed the Canadian government’s interest in working with the new administration to get the project built.

“He actually brought up Keystone XL and indicated that he was very supportive of it,” the PM said. “I will work with the new administration when it gets sworn in… I’m confident that the right decisions will be taken.”

But at the same time, he told Chamber of Commerce members that Canada will seize the advantage if the U.S. steps back on its climate commitments.

“Let’s see what the president actually does once he becomes president and what he says, and let’s not overreact ahead of time. But the challenge of climate change isn’t a debate or linked to a political ideology. It’s a fact,” he said in response to an audience question. “We know that this is the way the world is going, and if the United States wants to take a step back from it, quite frankly, I think we should look at that as an extraordinary opportunity for Canada and for Canadians, an opportunity to draw in investors who are focused on where the profits and the opportunities are going to be 10 years from now, 20 years from now.”

Trudeau added that Trump’s energy and climate policies won’t shift Canada’s commitment to carbon pricing, even though the U.S. is the country’s largest trading partner by far. Investors “are looking very favourably on a number of things in Canada,” he said. “The fact that we’re both able to lead on environmental protections and demonstrate that we’re capable of getting our resources to market, that we’re capable of getting significant energy infrastructure approvals to move forward, is very reassuring to them.”

Overall, Trudeau’s statements represent “a set of messages that appear to be at odds — on one hand, espousing the merits of pricing carbon to combat global warming, and on the other, supporting fossil fuel pipelines such as Keystone XL and the $6.8-billion Trans Mountain expansion,” the Globe and Mail noted. “He says they go hand in hand.”

Canadian Association of Petroleum Producers President Tim McMillan said global competitiveness is his industry’s most important issue, but didn’t take issue with Trudeau’s analysis. “We have to do that in a way that balances environmental performance and the economy, and that sometimes takes difficult, thoughtful decisions,” he told the Globe. The comment fed Gilchrist’s headline argument at DeSmog Canada that Trudeau’s “new pipeline talking point” comes “straight from the oil industry.”

The Political Price To Pay

But Trudeau may yet pay a political price for trying to play both sides on energy and pipelines. At The Tyee, Geoff Dembicki warns the PM is wrong if he thinks he can increase fossil production and keep faith with the youth voters who elected his government.

“Trudeau has effectively said ‘screw you’ to the generation of millennials who brought him to office,” and “for the rest of his time in office, we won’t let him forget it.”

“Don’t misunderstand our anger. This isn’t just some idealistic outburst. If you’re in your 30s or younger, you have a much different relationship to climate change than our leaders. Unlike them, you could be alive to see the sea level rise that swallows every coastal city on the planet.”

Dembicki addresses the argument that the pipeline approvals were the political price of building consensus for a national climate plan. At National Observer, for example, Sandy Garossino made the case that Kinder Morgan isn’t the hill for the climate and energy community to die on. “It’s time to count our blessings and take one for the team,” she wrote. “Let Kinder Morgan pass.”

“The problem with this argument is that it ignores scientific reality,” according to Dembicki, citing a study in the journal Nature. “The acceleration of oilsands that Trudeau is enabling would make it hard — if not impossible — to keep global temperature rise below the relatively safe threshold of 2°C.”

Dembicki goes on to outline the political dynamics: “… opinion research shows that more than 80% of millennial voters were torn between voting Liberal or NDP, and nearly half of those who did were voting strategically. “Our support for Trudeau was never that deep. It was contingent on him dismantling Harper’s petro-state.”