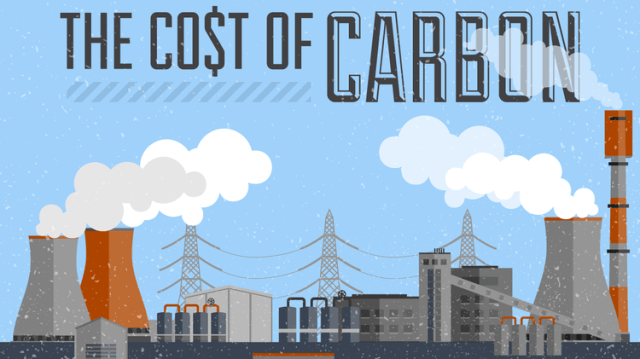 The election of Donald Trump and a climate-denial administration is worrisome for the climate movement and the future of the Paris Agreement. Given that Trump vows to reverse President Obama’s climate actions, should Canada pull back on its carbon reduction plan? This article consists of excerpts from the Citizens’ Climate Lobby editorial packet of January 18, 2017. (Rolly Montpellier, BoomerWarrior.Org)

Given Canada’s economic reliance on the U.S., questions have been raised regarding Canada’s recent plans to reduce emissions, including its national rising fee on carbon, scheduled to begin in 2018. If Canada places a rising fee on carbon, and the U.S. does not, will Canadian industries not uproot to the United States to avoid the tax?

While at first blush it appears that Canada’s climate plans may be compromised as a result of the recent U.S. election, there is a compelling economic case for Canada to stay the course and indeed exceed its Paris climate commitments.

This case is articulated by outgoing President Barrack Obama who writes in the January 9, 2017 issue of Science: “The business case for clean energy is growing, and the trend toward a cleaner power sector can be sustained regardless of near-term federal policies.” (Emphasis ours.)

The President points to the millions of jobs created due to energy-efficiency products and services to date, the rapid decline in the price of renewable energy – making it cost competitive with fossil fuels in many markets – and the dangers associated with losing global market share on clean energy innovations.

I believe the trend toward clean energy is irreversible. ~ President Barack Obama

This analysis is backed by a number of agencies, including the World Economic Forum (WEF), Policy Horizons Canada, Deutsch Bank, and the International Renewable Energy Agency. In a 2016 paper, Policy Horizons Canada – a government foresight and knowledge organization – predicts “significant disruptions in energy over the next 10-15 years,” so much so that it advises against public investment in the fossil fuel sector.

Now that the clean energy train has left the station, can Canada afford to follow the U.S. if it decides to jump off? As it stands Canada is struggling to catch up, and facing a possible $10 barrel of oil in just ten years’ time, the need for strong leadership in clean energy development has never been more urgent.

This urgency was voiced recently by U.S. Secretary of State John Kerry who said: “No nation will do well if it sits on the sidelines, handicapping its new businesses from reaping the benefit of the cleantech explosion.”

Until recently, Canada’s clean tech companies were collectively punching above their weight globally. But the clean-tech sector is now losing global market share.

“The good news is the federal government, provinces and territories are all at the same table working to unlock the sector’s immense potential, not just at home but abroad,” wrote Jon Dogterom, Managing Director of Cleantech Venture Service, in a Toronto Star oped, printed on January 6. “After months of extensive consultation with citizens, businesses, local governments and civil society, we now have a national climate plan that places strategic importance on the health of our country’s cleantech sector.”

If the world does not begin aggressive reductions in greenhouse gas emissions (GHG), Dr. James Hansen, one of the world’s most esteemed climate scientists, warns that global warming will surpass the 1.5C target set at the 2015 Paris climate conference by 2040 and sail past 2C by the late 2060s.

The danger posed by this scenario is that such warming could trigger dangerous and unstoppable feedback effects from Arctic melting. These include ice sheets – which reflect heat back to space – disappearing, and greenhouse gas releases from melting permafrost and seabed methane hydrates.  As explained in a recent KAIROS Canada Briefing Paper, these stores are “vastly more than all the carbon that human activity has caused to be released into the atmosphere since the Industrial Revolution.”

According to Hansen and colleagues in a recent paper, “Young People’s Burden”, dangerous climate change can be avoided if the world reduces greenhouse gas emissions by six percent per year starting in 2016, and removing carbon dioxide from the atmosphere, ideally through agro-ecological farming practices.

If we fail to take effective action on climate change, children born this year will likely experience rapid global warming and its devastating effects when they are in their 50s or older.

Policy delay is still costly: waiting for the United States to catch up will only increase the cost of achieving deep emissions reductions at some point further down the road. In the absence of Canadian carbon-pricing policy, we’d be likely to continue investing in carbon-intensive infrastructure, making it difficult and more expensive to change course later. Gradually and predictably phasing-in a carbon price now is much better for Canada’s competitiveness than shocking the economy with sudden, aggressive policy later.

Keep Calm and Carry On

When it’s a choice between business as usual and committing to a national climate and clean growth plan, Canadians overwhelmingly choose the latter. In a recent poll conducted by Abacus Data at the request of Clean Energy Canada, 70 percent of Canadians want the country to “shift its energy use as quickly as possible to cleaner, lower-carbon sources of energy and away from fossil fuels.”

As Canada’s Ecofiscal Commission pointed out in a blog on November 11, “Smart, well-designed carbon pricing that addresses competitiveness concerns still makes economic and environmental sense,” adding “for now, keep calm, and carry on.”

With both economic and environmental incentives, backed by strong public support, keeping calm and carrying on in spite of the current U.S. landscape is sound advice.

Rolly Montpellier is the Founder and Managing Editor of BoomerWarrior.Org. And he’s a climate advocate, a climate communicator and a blogger. He’s a member of 350.Org (Ottawa), Climate Reality Canada and Citizens’ Climate Lobby (Canada). Rolly has been published widely in both print and online publications. You can follow him on Facebook , Twitter,  Linkedin and Pinterest.