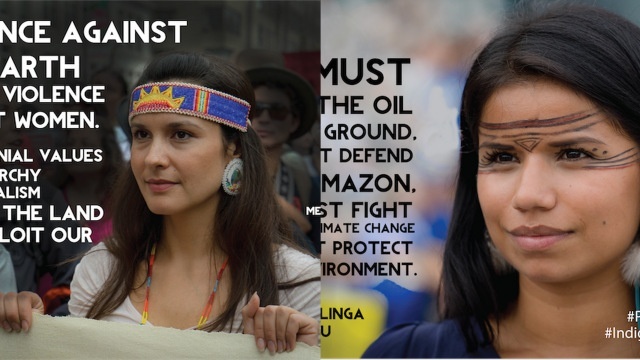 Women are increasingly taking a more significant role in combating climate change. They are too often the most affected by the devastation resulting from a warming climate. “Climate change is a daily issue for us….And women must be a part and parcel of everything,” says Zandile Gumede who is the first female mayor of Durban, South Africa. The following article is re-published from an earlier post of July 2016. (Rolly Montpellier, Managing Editor of BoomerWarrior).

In much of the world, women continue to be engaged in their traditional roles as mothers and family caregivers. Climate change impacts women in many ways. Childbearing makes women more vulnerable than men. Women and young girls often spend large parts of their day in the pursuit of fresh drinking water and diminishing food supplies.

The following is a laser talk featured on the Citizens Climate Lobby website. It’s reproduced  with permission.

Women are and will continue to be disproportionately impacted by climate change. Yet, women are only 12% of those who lead the global climate policy negotiations (Harris, R. 2012). Here are just some of the impacts of climate change on women:

Climate change is and will lead to more competition over resources which in turn leads to conflict and violence.  Conflict amplifies existing gender inequalities.  Women suffer the consequences of conflict such as rape, violence, anxiety, and depression (Osei-Agyemang, 2007).

In an April 2015 poll of Canadian women, 74% of women believe that protecting the climate is more important than building the Energy East pipeline and further developing the oil sands (Climate Action Network Canada, 2015). This is good news for our sisters in the global south, because Canada could help women around the world by pricing carbon pollution at the national level, spurring other nations to do the same and thus helping to mitigate the impacts of climate change on women.

Anne Hidalgo is the Mayor of Paris and also chairwoman of C40, a network of the world’s biggest cities engaged in fighting climate change. She maintains that “through the Women4Climate initiative, we are asking young, talented and potentially powerful women to believe in their abilities, believe in their chance, because our planet needs them.”