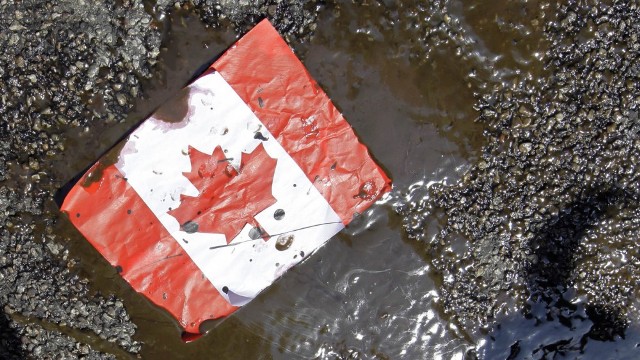 Canada has become the home of a new climate denialism, a more subtle, deceitful and dishonest version — Version 2.0. Version 2.0 is more dangerous and more sinister than the shameless denial of the last decade. It’s a new dis-ease that injects itself into the public discourse about climate change. Its primary tools are doubt, fear, alternative facts, halftruths, mistruths and plain old-fashioned lies. Its primary purpose is to create a facade of climate action.

Climate deniers have delayed action on climate for decades. But for the most part, this old breed of deniers and skeptics has been discredited and exposed in the public sphere. In fact, in the groundswell of climate action leading up to the 2015 Paris talks, climate deniers were labelled as an endangered species by some.

Most of the hard-core denialism has been financed by the fossil-fuel industry which has spent millions on public relations firms to set up industry-funded lobby groups and misinformation campaigns. The goal is always to discredit climate science and to cloud the public’s understanding of climate facts in its promotion a pro-fossil-fuel agenda.

Skeptical Science lists 193 arguments and myths used by deniers to discredit the climate science and scientists. Merchants of Doubt (both the book and the video) shows “how a handful of scientists obscured the truth on issues from tobacco smoke to global warming.”

Although the straight-up American style of climate denial is less obvious in Canada, the interests of the fossil fuel industry remain prevalent in the climate action mix advanced by the Trudeau government and the provinces. The Canadian brand of denialism has infected leading politicians across the country.

This new denier is more sophisticated and calculating, operating under a facade of progressive climate action. Prime Minister Trudeau is the embodiment of the new form of climate denialism. He accepts the science of climate change, accepts the need to price carbon, accepts the need to transition to a clean energy platform and accepts the imperative to reduce carbon emissions. Under his leadership, Canada has signed the Paris Agreement and set its 2030 emissions-reduction targets which he claims we will meet or exceed.

Canada’s new climate denialism manifests itself in many ways. The evidence is all around if one listens carefully enough.

It begins with the newly elected Prime Minister’s message to the world at the Paris talks of December 2015. “Canada is back, my good friends. And we’re here to help,” said Trudeau to a cheering audience.

But this inspirational and proud moment for Canadians has been followed by the government’s failure domestically to adopt the rigorous policies that could limit global warming to below 2°C, the target embedded in the Paris Agreement.

Claiming that we can take effective action on climate change and ramp-up fossil fuel production at the same time is delusional. But for the most part Trudeau has been able to convince Canadians that this is a wise and a prudent course for Canada to pursue. He has lulled his followers into a deep sleep while climate change makes its ugly consequences felt around the globe.

Naomi Oreskes is a science historian and the author of Merchants of Doubt. While attending an event on climate change and climate denial organized by the Peter Wall Institute for Advanced Studies at the University of British Columbia, Oreskes pointed out that “a new form of climate denialism is at work… one meant to persuade the public that fossil fuels are necessary and renewables unreliable… Alternatives to fossil fuels are disparaged by a new generation of myths.” And one of those myths ,she claims, is that Canada’s economic future is dependent on fossil fuel infrastructure expansion.

We are also seeing a line of argument that goes like this: yes renewables are nice, but they are too intermittent and unreliable to be our primary source of power.

Of course we know this to be untrue. The Solutions Project (Infographic) from Stanford University shows how Canada can move to a clean renewable energy platform by 2050. 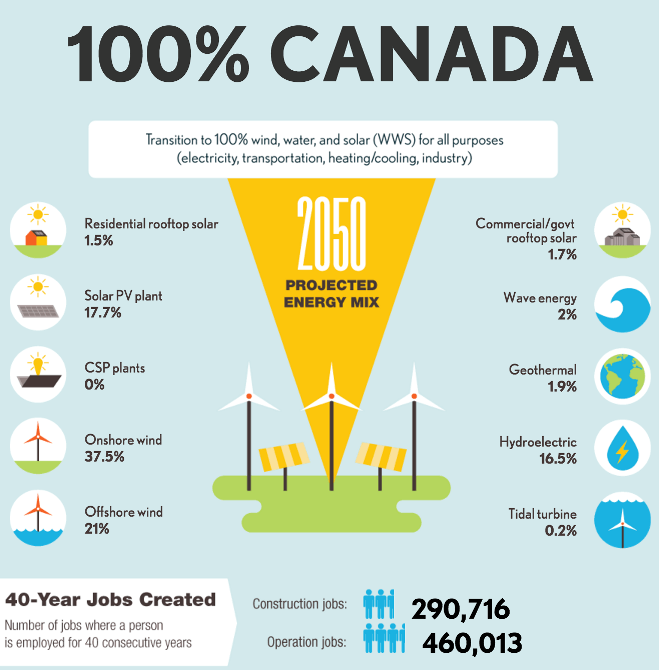 Trudeau is an artful practitioner of public messaging intended for mass consumption by a receptive but naive Canadian public. We Canadians want to believe that we are acting quickly on the climate problem. But we are not.

So if you think that climate deniers are finally irrelevant, then think again. Deniers have found more creative and sneaky ways to support the strong interests of the fossil fuel industry.

It would be dangerous to imagine that the era of climate denialism is over. Because, it’s simply not so!