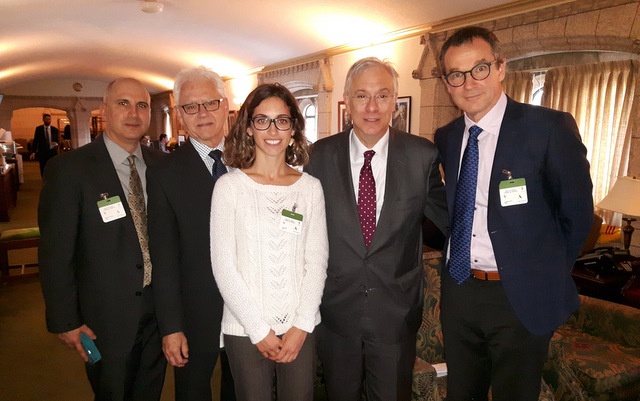 Canada is slowly emerging as one of the world leaders in the fight to curb global warming. The Trudeau government has adopted the Pan-Canadian Framework on Clean Growth and Climate Change. The principal component of the climate plan is a national carbon price. Last week, I and dozens of Citizens’ Climate Lobby Canada (CCL) colleagues were on Parliament Hill lobbying for improvements to Canada’s carbon pricing policy.

The following is a condensed version of a Press Release issued by Citizens’ Climate Lobby Canada along with my personal reflections as a volunteer lobbyist.

Lobbying on the Hill

Press Release: From October 21 to October 24, Citizens’ Climate Lobby (CCL) Canada held its fourth annual conference and lobbying days. “It was four days full of firsts and mosts,” said Cathy Orlando, the National Director of CCL Canada. “We had the most number of face-to-face meetings: 44 in one lobbying blitz,” she said. There were 49 meetings in all. Fifty-one CCL volunteers lobbied in those meetings, and in total, 65 people attended the conference.

Conference attendees agreed with the world’s leading climate analysts who warned us this June that we only have three years left to safeguard our climate. The good news is that it is still possible to meet the Paris temperature goals if emissions begin to fall by 2020 (see ‘Carbon crunch’).

However, here in Canada, our current greenhouse gas emission targets put forth by the Trudeau government are the same woefully inadequate targets that were set by the previous government. In early October, Canada’s Environment Commissioner Julie Gelfand said Canada would not meet its 2030 target without additional measures.

Armed with two days of training and networking, 240 signatures from businesses and NGOs on their open letter and 652 print media hits in 2017, volunteers from across Canada presented five simple steps to improve Canada’s carbon pricing policy to MPs and Senators and help “bend the curve”.

I found this year’s lobbying activities quite gratifying on a personal basis but also valuable in promoting improvements to Canada’s carbon pricing strategy.

I participated in meetings with Senator Rosa Galvez, Conservative Party Deputy Leader Lisa Raitt and three Liberal Members of Parliament – MP Francis Drouin, MP Francis Scarpalegia and MP Maryam Monsef’s legislative assistant, Lauren Essiambre. I came away from these meetings with a better appreciation of the “climate work” already happening across Canada. Conversations with MPs and Senators remain confidential but I can share the following personal observations:

The Citizens’ Climate Lobby (Canada) strategy to lobby Members of Parliament and Senators is proving to be an effective tool in the shaping of climate policy, and more specifically, Canada’s national carbon pricing plan. “We need to keep the ball rolling down its track toward what needs to happen,” says Rolly Montpellier, co-founder of Below2°C.

For the next couple of weeks, the world’s attention will be on climate change because of the climate negotiations in Bonn. Unless the world takes decisive and immediate action, future generations of people least responsible for global warming will suffer the most severe impacts.

The more people know, the more they can see what needs to be done