We are on the cusp of a new industrial revolution led by a radical acceleration of technology, the exponential growth in computing power, the internet and a growing concern over climate change. We highlight three of the most significant cleantech triumphs of 2017.

There were hundreds of new scientific and technological advancements in 2017. But none will bring greater transformation than the EV explosion, advanced battery storage capacity and the shift in the world energy industry.

EV Market is ready for Liftoff

“Things move about 10 times the speed that they moved 25 years ago,” says Rick Hass, the North American head of operations of Indian automaker Mahindra & Mahindra. “As soon as the ball crests the hill and everyone thinks, ‘I’m comfortable with this,’ then the whole industry will flip.” 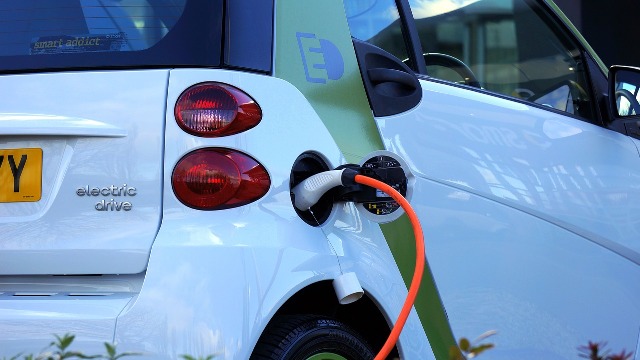 Tony Seba of Stanford University, and author of Clean Disruption, believes that EVs will transform the transportation industry by 2030. We are seeing the beginning of the end of the combustion engine in the auto industry claims Seba.

China is planning to produce 7 million electric vehicles per year by 2025. Chinese start-ups like NIO are becoming important players in the most competitive EV market in the world. Tesla is moving ahead with the construction of a manufacturing plant in Shanghai.

Not wanting to be left behind, large car manufacturers are also joining the EV rush. Suzuki and Toyota have signed an agreement to bring EVs to the Indian market by 2020. And Toyota has just recently announced plans to roll out more than 10 EVs worldwide by the early 2020s.

General Motors plans to produce 20 models by 2023, while Ford and Volkswagon are poised to announce new electric lineups in China. In total, “127 battery-electric models will be introduced globally during the next five years,” says Thai-Tang, head of Ford’s product development.

One thing is certain. The EV market is ready for liftoff.

The technological breakthroughs in battery storage are piling up thereby accelerating the clean disruption. Once again Tesla is leading the battery revolution but others are quite aggressively entering the field. Tesla has just installed the world’s largest lithium-ion battery in Australia enabling the storage of solar and wind power which is then integrated in electricity grids at night and when winds are not blowing. Tesla’s powerback battery system is three times more powerful than other batteries now installed.

Fortune reports that Tesla will complete its Nevada Gigafactory in 2018. It will be the biggest ever, easily surpassing Australia’s plant. Meanwhile, Tesla is expected to announce as many as four locations for new factories early in 2018.

Not surprisingly, Chinese companies are trying to jump ahead of the pack in battery production. CATL is building a mega-factory that not only will rival Tesla’s Gigafoctory but some experts claim will leave it in the dust. Tesla’s factory produces 35 gigawatt-hours of electricity compared to the CATL plant which will produce 50 gigawatt-hours. And China is planning for 15 gigafactories set to provide 230 gigawatt-hours of energy with a capacity to power 3.5 million EVs.

“Oil and gas was the largest investment source for 100 years. “This changed in 2016,” Laszlo Varro, chief economist of the IEA, said on a conference call. “With robust investment in renewable energy, increased investment into electricity networks, electricity is now the biggest area of capital investment.”

This marks the beginning of a shift away from fossil fuels as countries confront the need to limit carbon emissions to meet their Paris Agreement goals. Bloomberg reports that renewable energy and networks made up 80 percent of all electricity investment in 2016, according to the IEA’s calculations.