CleanTech has arrived. The phenomenal rise of clean technology is revolutionizing the energy industry all around the globe. Both the private sector and governments are pointing the way and leading the transition away from fossil fuels.

The cost of lithium-ion battery storage could be on track to fall from $10,000 per kilowatt-hour in the early 1990s to $100/kWh in 2019 reports The Energy Mix. This dizzying cost reduction would make wind, solar and storage projects cost-competitive with coal and natural gas.

The Energy Mix refers to a University of California/TU Munich study published in the journal Nature Energy which claims that the evolution of battery technologies is still in its infancy. “There may be room for a number of different battery chemistries that all provide different services on an evolving grid, some providing voltage regulation and frequency control, and others serving long duration outages and providing back-up for buildings and communities,” the study stated.

Battery research and development is struggling to keep up to the dizzying growth of cleantech. But in a recent announcement, Bill Joy of Ionic Materials (a battery-tech company) claims to have found the “Jesus” battery that “combines the advantages of the familiar alkaline batteries we buy at the drugstore (cheap, safe, and reliable) with those of the more expensive, fire-prone lithium batteries in our computers and phones (powerful, rechargeable, and more earth-friendly).”

IONIC’S NEW APPROACH IS A BIG STEP TO CHEAPER, SAFER, AND MORE EFFICIENT BATTERIES THAT WILL NOT ONLY POWER OUR DEVICES AND VEHICLES, BUT ALSO ENABLE AN “ENERGY INTERNET” BASED ON RENEWABLE SOURCES ~ BILL JOY. 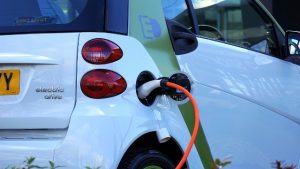 The growth trend for electric vehicles in Europe is remarkable, up 41 percent in July compared to the same month in 2016. The upturn is being led by the Renault Zoe, the Nissan Leaf and the BMWi3.

Zachary Shahan, writing for CleanTechnica, traces the evolution of the EV to its final stage – the mass market stage. Other ground-breaking technologies such as large screen televisions, cellular phones, washing machines went through the “come on, get real”, “it could never be a practical option” and “costs will never come down” phases on their way to take over the market. With the Tesla Model 3 now being rolled out, “you can get a Porsche-like car at an average car price… while cutting any guilt about pollution, global warming and oil dependence,” says Shahan. 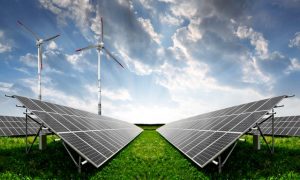 Worldwide, the solar sector continues its spectacular surge which will reach a global installed capacity of 390 gigawatts by the end of 2017 reports The Energy Mix. “At that point, writes Greentech Media, “solar PV capacity will rival nuclear. By 2022, it could more than double nuclear capacity. ”

India is in the midst of the “largest energy transformation project in the world” organizers of the Vienna Energy Forum declared, while introducing the keynote speaker, India’s Energy Minister Piyush Goyal, reports Stephen Leahy in his May 22 National Geographic article.

India’s solar and wind boom has pushed costs off a cliff, falling from 12 cents a kW/hr to just 4 cents a kW/hr…This is cheaper than coal ~ Stephen Leahy.

For other recent articles on the cleantech revolution and clean energy, check out these related posts:
Clean Disruption Of Energy and Transportation
The News On Renewables Gets Better And Better
Cutting Edge Clean Energy Is Here