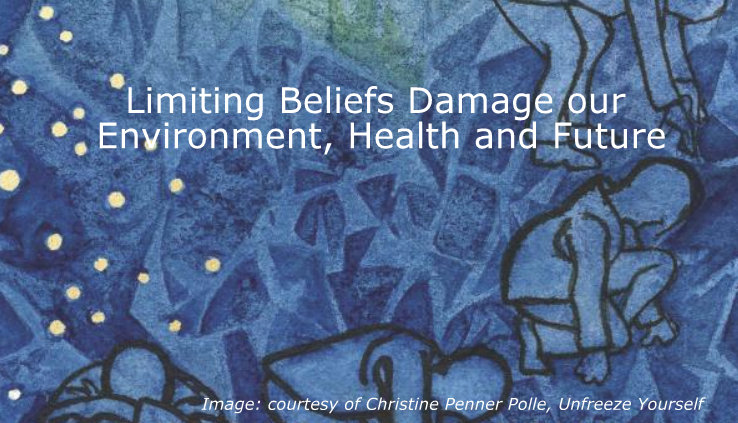 When I jog in my neighborhood and see the little knoll ahead, I often think This is going to be hard. Running begins to feel like a chore, and I consider slowing to a walk. Sometimes I even imagine the knoll to be my personal “Heartbreak Hill,” the most challenging portion of the 26-mile Boston Marathon. But when I catch myself having such thoughts, I will myself to think, as I run up the incline, This is easier than I thought. Invariably, the hill climb is easy, even enjoyable, when I tell myself it is.

My jogging story is an example of a limiting belief — a mindset that limits how good you feel, how much you do, or how successful you’ll be. Limiting beliefs can have serious consequences. For example, an ill person may believe he or she will never get well and stop trying. And on a larger scale, collective limiting beliefs may threaten the survival of our species and countless others.

Many limiting beliefs are lies. They can be deeply entrenched in us, but we can get rid of them once we become aware of them and debunk them.

What Are Limiting Beliefs and Why Do We Have Them? 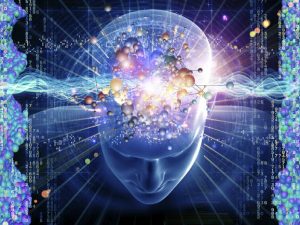 We begin acquiring limiting beliefs during childhood, when society trains us to rein in our behavior — to resist yelling and running in public places, for example. We may hear “be quiet,” “sit still,” “do what I say,” “you are a sorry sinner,” or “no one will like you unless you buy my product.” Over time, we internalize this blitz of messages. We learn to keep ourselves small and safe, avoiding actions that could meet with disapproval, rejection, or punishment. Over time, this negative self-talk erodes our self-esteem and our soul. We might start off as a kid who wanted to be President or an astronaut and end up, as a consequence of our limiting beliefs, enduring a lifetime of stultifying jobs. (Source of image unknown)

Self-development author and speaker Wayne Dyer identifies many common limiting beliefs, which he calls “excuses.” These excuses may involve the belief that we lack something (such as intelligence, strength, energy, courage, money, time, or worthiness), the sense that our task is too daunting (difficult, risky, unprecedented, or time consuming), or the conviction that our world is too unhelpful (no one will offer support, people will squawk, or rules will get in the way).

Sometimes groups of people acquire collective limiting beliefs. For example, members of some castes in Indian society, who are regarded as inferior to higher hereditary classes, live in poverty, performing society’s most disagreeable tasks. Half the human population — women — fall into a similar trap. They typically receive less pay, respect, power, education, freedom, and safety, all while paying, working, and giving more than men. Collective limiting beliefs keep people “in line” and on the job.

The condition of the environment impacts the survival of everyone. False beliefs are driving us to crash our life support system — our land, topsoil, climate, air, water, food, and ecosystems — and our health. Our future depends on overcoming limiting beliefs that keep us from shifting to a sustainable way of life.

The following eight overarching limiting beliefs are fueling our global problems. Note that they often directly contradict one another.

Limiting belief #1. We are separate from nature.

The environment is where we go on vacation. We don’t need to worry about our environment because human ingenuity can get us out of any bind. We can throw toxic chemicals into the air, water, land, food, and products, and they won’t hurt us when we breathe, drink, eat, or touch. Our bodies will detoxify the contaminants or, failing that, a doctor will fix us. We’re radically different from other species.

The environment enters our body with our every breath, sip, bite, and touch. Nevertheless, we continue escalating our use of toxic chemicals, which are linked to some of the leading causes of death in the US and their skyrocketing health care costs — including cardiovascular disease, cancer, dementia, and diabetes.

Science disproves the notion of separateness. Genetic sequencing shows that chimpanzees and humans have 99 percent of their DNA in common. We each carry around a thousand species of microorganisms, mostly in our gut, that perform countless functions for us. Bugs outnumber human cells 10 to 1, and our microbial genes outnumber our human genes 100 to 1. Deepak Chopra, MD, says, “You are technically a few human cells hanging onto a bacterial colony.”

Limiting belief #2. We are superior to nature.

Nature exists to serve humans, with no intrinsic value in its own right. We “improve” the land, mine its resources, destroy species we don’t want, and use nature as a dumping ground. “Technological evangelism” allows us to procrastinate while environmental problems grow, through the belief that someone will swoop in with a “magic answer” and save the day.

Industrial agriculture illustrates how this arrogant and reckless approach backfires. Our delusion that we can eradicate species we don’t want results in the proliferation of virulent antibiotic-resistant microorganisms, herbicide-resistant superweeds, and insecticide-resistant superbugs. Those same poisons that fail to eliminate unwanted species kill species we want and need — including monarch butterflies, bees, birds, and humans. Plus, industrial agriculture degrades our soil, air, water, and climate.

Limiting belief #3. We can’t fix them. Our problems are bigger than we are.

Climate change, species extinction, pollution, and other environmental problems are too big for us to handle, so we might as well give up now. We’re not smart enough to invent solutions that meet our needs safely. We and our technology are pretty much done evolving. Future changes will be minor tweaks rather than quantum leaps.

A “we can’t” attitude pervaded the American psyche while we weren’t looking. Mounting evidence points to the role of neurotoxic chemicals in degrading peoples’ intelligence and mental health. What happened to the “can-do” attitude that propelled us to accomplish marvelous feats such as putting a man on the Moon? Indulging in a “we can’t” attitude allows us to justify inaction. Automaker Henry Ford expressed the idea that our beliefs become self-fulfilling: “Whether you think you can or you think you can’t, you’re right.”

The “we can’t” defense reveals a lack of imagination for what’s possible and an ignorance of history. Based on Homo sapiens’ track record, we can. The “we can’t” belief also ignores nature’s healing powers, which frequently help our health, species, and ecosystems bounce back once we cease our damaging behaviors. Adding constructive action can produce even more dramatic results. Physicist and social activist Vandana Shiva says, “Regenerative agriculture provides answers to the soil crisis, the food crisis, the climate crisis and the crisis of democracy.”

Regular people are the ultimate human superpower because we vote, and our purchases account for more than two-thirds of the US economy. When we raise a big enough ruckus — such as the recent public outcry over ripping families apart at the US–Mexico border — change happens. The majority of citizens lack will, not ability.

Limiting belief #4. There is not enough to go around.

We can either have strong human and environmental health or a strong economy, but not both, and health and the economy are at war with each other. Too many people are fighting over too few resources. People today or people in the future, but not both, can do well. We have to grab what we can.

A strong economy depends on a strong environment and healthy people. How can we prosper when half of American adults suffer from chronic disease? We spend so much on damage control — such as rebuilding after hurricanes made worse by climate change. Does it seem that we are trying to get back to where we once were instead of advancing education, research, and green technology? Earth Day founder and former US Senator Gaylord Nelson said, “The economy is a wholly-owned subsidiary of the environment.” Industries that damage human and environmental health — such as wood-burning electrical power plants — often turn out to be economically damaging too. They have to be propped up by massive subsidies from the public to keep going.

Limiting belief #5. Our government is powerful and ultimately protects citizens.

We can relax, knowing we’ll be kept safe.

The government does not adequately protect human and environmental health. For example, a recent study detected lead, arsenic, cadmium, acrylamide, and bisphenol A in samples of baby food and formula. We need to get the government working for the people again. In the meantime, we each must protect our own health and environment or risk dire consequences.

Limiting belief #6. Living sustainably will be difficult, unpleasant, and expensive.

We already have the sustainable solutions we need to change course onto a sustainable trajectory. If we “level the playing field” by removing government subsidies for technologies that are killing us — such as industrial agriculture — then healthier technologies such as organic agriculture can better compete. Life is better when we have access to superior-quality products, such as food grown without neurotoxins.

Limiting belief #7. We don’t deserve it.

Who are we to have a strong economy, clean government, beautiful environment, and vibrant health?

If we believed we deserve to have these wonderful things, wouldn’t we be making much more of a fuss to get them? Can we at least agree that our children deserve them and commit to doing what it takes to provide them?

Limiting belief #8. We’re not responsible for fixing this mess.

Our environmental problems were in full swing before we came along. It’s not fair for us to get stuck with the whole cleanup instead of just our share.

We happen to be the only ones around at this moment, at the time when our human life support system needs rescuing. Why should we accept the job? Because we love ourselves, other living things, and our beautiful Earth. We can choose to be either right (“it’s not our problem”) or loving (“we’ll clean up the mess”).

Our environmental crises and our love of life call on us to do more and be more. We may pride ourselves on our scientific and highly advanced civilization, but our limiting beliefs keep us small, unsuccessful, and unsafe. We need to take a hard look at unconscious assumptions that keep us on a dangerous and unsustainable path — and then banish them.

We can answer the call, live larger lives with purpose and energy, and know that we’re part of nature, that we can succeed, that there is enough, and that we deserve a good life. Rather than watching in dismay as things falls apart, we may be delighted to find that changing to a sustainable way of life is just not that hard.

Let’s get real about our limiting beliefs. Our environmental problems are a challenge that we can overcome — not a “Heartbreak Hill.”