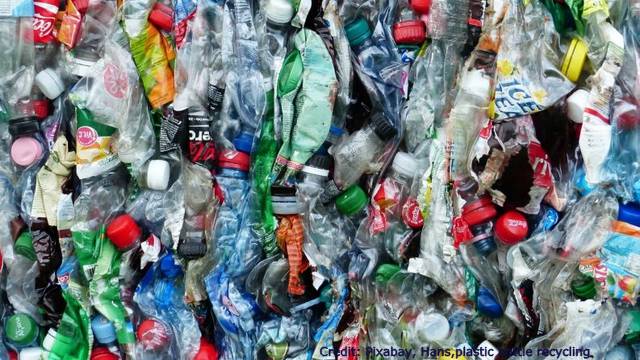 If you’re an average person, you eat at least 50,000 particles of microplastic each year and you breath in a similar amount. That’s close to 275 particles per day or approximately 20 for each waking hour. This adds up to 5 grams of plastic per week, comparable in weight to eating your credit card. Yummy!

A new study, No Plastic in Nature: Assessing Plastic Ingestion From Nature To People is the first global analysis to look at the ingestion of plastic pollution by humans. Science is just beginning to explore the link to human health and more research is required to fill the many data gaps that still exist.

Although the health impacts of ingesting plastic are still not clear, one can assume, with absolute certainty, that it’s not good for any part of your body. Not one of your 40 trillion cells will function better with more plastic.

Here’s a warming for you bottled water drinkers out there. Bottled water contains 22 times more microplastic than tap water on average. “A person who only drank bottled water would consume 130,000 particles per year from that source alone, the researchers said, compared with 4,000 from tap water,” reports The Guardian.

The Ubiquity of Plastic

Microplastics are everywhere – our drinking water, the air we breathe, the soil that grows our foods, rivers and deep oceans. New research shows that the most current estimate of 5 trillion pieces in the oceans is a major underestimate. Plastic now joins the growing list of  global environmental threatening to all living creatures on earth.

Plastic production is accelerating. Half of all plastic has been made in just the past 13 years. And shockingly, only 9% gets recycled. “The recycling of plastic just suffers from poor economics,” says Roland Geyer (Ecologist at the University of California). It’s often cheaper to make new plastic than it is to recycle old ones.

Since 1950, some 8,300 million tons of plastics have been produced with 79% ending up in landfill sites around the world. Single-use plastics are now considered a “serious climate change hazard” reports The Guardian. “Plastic production is expanding worldwide, fuelled in part by the fracking boom in the US… plastic contributes to greenhouse gas emissions at every stage of its lifecycle, from its production to its refining and the way it is managed as a waste product.”

And yet the world is on the verge of an even larger plastic binge. By 2050, plastic will make up to 13% of our total carbon budget—growing to 2.75 billion tonnes per year.

The world is beginning to react to the escalating plastic epidemic. Thirty two countries have now banned at least some single-use plastics—bags, straws, packaging. Five of the world’s top economies—excluding the United States and Japan—have signed the Canada-led  Oceans Plastics Charter whose signatories have vowed to reuse, recycle or burn for energy production, all plastics by 2040.

In Canada, Prime Minister Trudeau has just announced plans to ban single-use plastics across the country starting in 2021. “You’ve all heard the stories and seen the photos,” said Trudeau. “To be honest, as a dad it is tough trying to explain this to my kids. How do you explain dead whales washing up on beaches across the world, their stomachs jam packed with plastic bags?”

Predictably, within hours of the Trudeau announcement, “the plastics industry was simultaneously claiming the initiative would have no impact on demand for petrochemical feedstocks and suggesting there are more effective ways to address plastic pollution than by banning products outright'” writes Mitchell Beer in The Energy Mix.

Plastic begins as a fossil fuel. Therefore, nothing short of stopping the expansion of  plastic production and keeping fossil fuels in the ground will reduce the climate impacts of the plastic lifecycle. 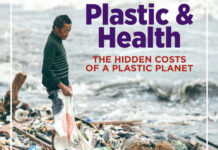 Plastic Is a Global Health Crisis Hiding in Plain Sight 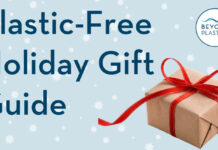