Below 2C
Home Climate Climate Action Hey Canada, We Need To Change The Channel On Climate 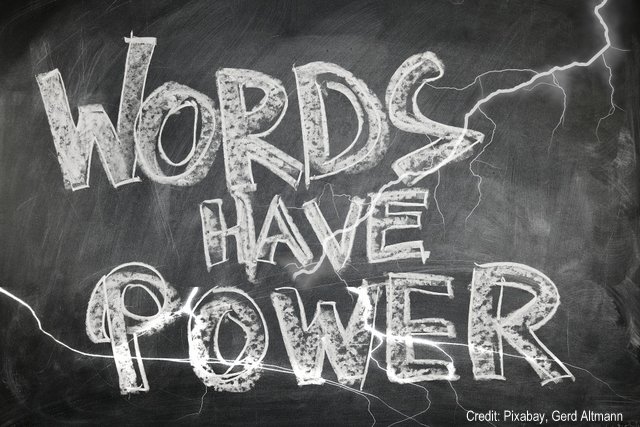 It’s a poorly guarded secret that “climate change” and “global warming” are not the best phrases to engage the public on climate. The phrases are overused, worn out with overexposure. The same applies to Canada’s climate plan: the Pan Canadian Framework on Clean Growth and Climate Change. Most Canadians believe that the plan is about putting a price on carbon. Few know that carbon pricing is only one of the many tools and policies that make up  our climate plan. Merran Smith and Trevor Melanson, from Clean Energy Canada explain why that is and what we must do about it. (Editor intro)

Change the Channel on Climate

The great Canadian philosopher Marshall McLuhan coined an expression that was not only prophetic, but probably truer than he could have imagined. The medium is the message, McLuhan said.

Put another way, the medium—and these days, everything goes through social media whether or not it started there—embeds itself into the message, in how people read it, in how they might respond to it.

If you’ve ever been on Facebook or Twitter, and odds are you have, you get this. In an era of unfiltered information—information once culled and corrected by journalistic gatekeepers before it met the eyes of the masses—Canadians can no longer believe much of what they read online. And who has time for fact-checking?

Well, the Washington Post does, at least with regards to one person. As of last month, President Donald Trump had made nearly 10,000 false or misleading claims since assuming office (one of his most recent: that wind turbines cause cancer).

In short, the degree to which we’ve grown desensitized to bad information cannot be overstated.

So, what does any of this have to do with climate leadership? In a word, everything.

For this is the context into which putting a price on carbon pollution enters the Canadian consciousness. Ask yourself how many articles you’ve read about the Pan-Canadian Framework on Clean Growth and Climate change (the name of Canada’s climate plan). Ask yourself if you know what else the federal government is doing on climate, or where other parties stand on the issue. Ask yourself what makes a good climate plan.

But have you seen the pictures of Conservative politicians posing at gas stations the night before the carbon tax took effect? Did you hear Ontario Premier Doug Ford claim—citing research that said no such thing—that the carbon tax would cause a recession?

And therein lies the problem. Even if you don’t believe Mr. Ford (and, as many Canadian economists made clear, you shouldn’t), there’s a good chance you still heard him.

A truth with few retweets can’t compete with a viral lie. Even when that lie is being repeated by those who disagree with it. It keeps the lie rolling, building, a snowball growing bigger. Such is the way of the medium.

Canadians don’t have time to be experts on everything. Many only see the rolling snowballs. And they remain largely oblivious to actual climate change solutions, of which there are many.

Climate change has, of course, always had a communications problem. While we’ve known of its existence for decades—as temperatures built in the background—it was too abstract, too scientific, not the sort of day-in, day-out problem that commands the attention of most Canadians.

But that, too, has changed. Canadians are feeling climate change like never before, literally. The last five years have each ranked among the five hottest ever recorded. According to recent polling from Abacus Data, 83 per cent of Canadians now say they are worried about climate change, most of them “very” or extremely” worried.

Canadians are not only feeling climate change, they now recognize they’re feeling it. We spoke to many of them this year at Clean Energy Canada, and over and over again they responded with personal stories, unusual things that shouldn’t happen so often, things like riding a motorcycle in Toronto in December, things, they said, that were different when they were kids.

And it’s not just in their heads. As the recent Canada’s Changing Climate Report revealed, Canada is warming at twice the rate of the rest of the world. Canadians are feeling climate change because our climate has changed, more than most places.

Now, here’s the part where we tell you this article was a bait and switch.

We’ve talked politics and carbon pricing because it gets clicks, and the truth is nothing without clicks.

But what we’re really here to say is this: despite our increasing concern over climate change, Canada’s federal climate plan remains largely unknown, while most other federal parties have yet to make clear what they would do instead.

The other week, Clean Energy Canada did a quick search to see how many times the phrase “climate plan” had been mentioned in the Canadian news. We then ran the same test for “carbon tax.”

It probably won’t surprise you to hear that, so far in 2019, the contentious “carbon tax” wins by a factor of eight. Let’s be clear about what a carbon tax is: a single policy that most Canadians will barely feel—and will likely even profit from thanks to income tax rebates.

A climate plan, on the other hand, is what we’re doing as a nation to combat global warming.

Canada, we need to change the channel.

So let’s start there. With the solutions (beyond just putting a price on carbon pollution) that are currently being implemented or considered. As such, this is the first in a series of articles that will dive into these rarely reported on efforts and what they mean for Canada.

From our clean fuel standard (which will help accelerate the transition from gas and diesel to electricity and biofuels) to our phase out of coal power, Canada’s recent climate efforts have elevated the country from global pariah to international leader—one that’s developing policies other nations are looking to copy. That was the interpretation of Canadian professor Mark Jaccard when he attended the latest Intergovernmental Panel on Climate Change. In other words, how his global peers viewed Canada didn’t line up with how Canadians view themselves.

“Few climate-concerned Canadians know much about the slate of new federal climate policies, except for the contentious carbon tax,” Jaccard recently wrote for the Globe and Mail. “And while global experts agree that the national carbon tax is impressive, they are equally impressed with several other climate policies.”

These are policies we need to have a national conversation about—policies that are significant, world-leading even, and that are being drowned out by, well, politics.

The real question is, will you be retweeting them?

A truth with few retweets can’t compete with a viral lie.

Merran Smith is the executive director and Trevor Melanson is the communications manager at Clean Energy Canada, a think tank at Simon Fraser University. 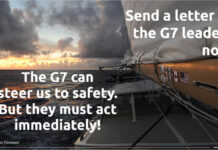