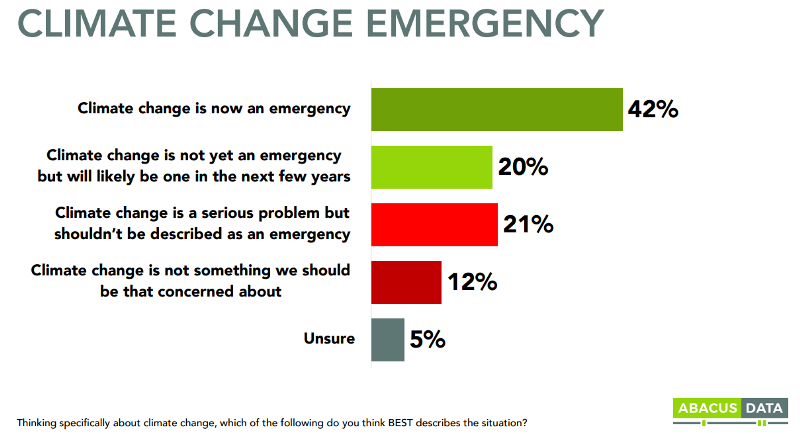 We elect politicians to provide leadership on important issues. And specifically, we expect them to lead during emergencies.

While I recognize that politics are about the art of compromise—trying to get the best results possible under difficult circumstances—politicians can no longer get away with just doing their best. “To do your best is no longer good enough,” says Greta Thunberg. We all have to do more. Our politicians have to step up to the climate plate.

Politicians Lag Behind The Public on #ClimateEmergency

In a recent OpEd in the National Observer, Seith Klein exposes the large gap that exists between public expectations on climate and what politicians are prepared to do about it. “Our politicians have been underestimating the public,” writes Klein. “They have failed to take adequate action in the face of the #climateemergency, insisting the public is ‘not there yet.'”

We Canadians are way ahead of our politicians. It is no longer “political suicide” to lead aggressively on climate but politicians still cringe at the thought. Unfortunately, political will and political courage on climate still remain in short supply going into the October election.

An Abacus poll commissioned by Klein (as research for an upcoming book) reveals that Canadians are seeking the truth about climate change, and more importantly, are ready for bold and ambitious action on climate.

Last month as part of research for a book I am writing on mobilizing Canada for the #ClimateEmergency I commissioned an extensive national poll from @AbacusDataCa & @Colettod. The results are very hopeful. I summarize them here: https://t.co/tQn4cQ66rZ
& in this thread. 👇

For the full analysis, click here. The following points are highlighted from the OpEd. 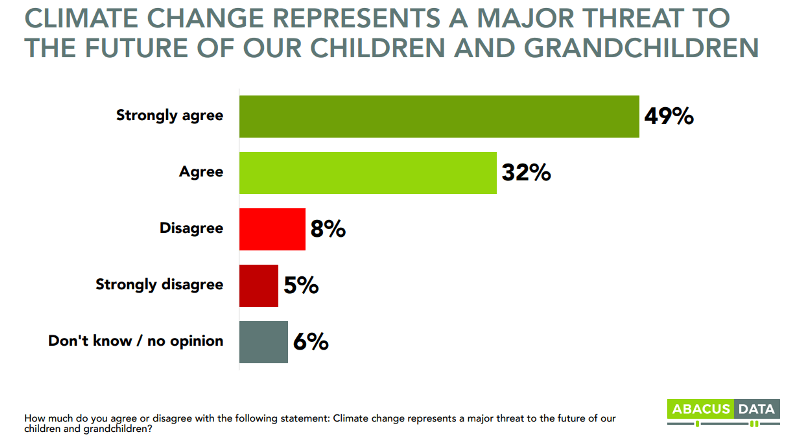 The Canadian government has emphasized that the main pillar of its national climate plan—Pan-Canadian Framework on Clean Growth and Climate Change—is carbon pricing. But it’s only one of the many tools in the climate action toolkit. And now this over-emphasis on carbon pricing is coming back to haunt Justin Trudeau and his government.

At a time when we need systemic responses and transformational climate policies, the debate around climate during our election cycle will focus on carbon pricing thanks to the  Andrew Scheer/Jason Kenney/Doug Ford war on Canada’s national carbon pricing plan. Regrettably voters can be easily influenced by negative anti-carbon slogans such an ‘job-killing-carbon-tax’ and ads that fail to mention carbon rebates worth hundreds of dollars being reimbursed to Canadian families.

It is just one tool in the climate action toolbox. https://t.co/UaS5ni56Ns

Canadians fully understand that partial and incremental solutions are falling far short of addressing the scope of the climate challenge the world faces. “A solid majority of Canadians …are ready to entertain truly transformative climate action,” writes Klein. Can the next government—following the October 21 federal election—rise to meet public expectations and assume the global climate leadership role promised by Justin Trudeau during the 2015 Paris talks?

So How’s That Climate Emergency Thing Going?
Canada Continues To Be Bipolar on Climate: #ClimateEmergency and #TMX