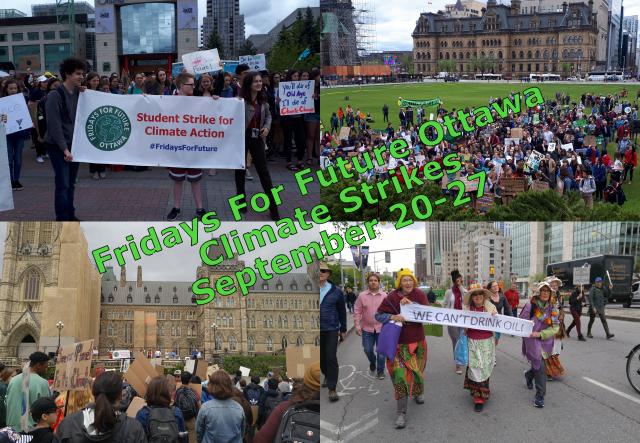 September is back to school for students. But this year, it’s also back to #climatestrikes for many students who have taken a break from striking for climate on Fridays during their summer vacation. The Fridays for Future phenomenon—a movement started by Greta Thunberg—has spread around the globe like the wildfires of the Amazon and Siberia (pun intended).

In Ottawa (where I live) students and adults will converge on Parliament Hill in vast numbers to demand more ambitious climate action from our government just a few short weeks before Canada’s next general election on October 21.

“Sometimes it’s the students who teach,” write Jonathan Isham and Lee Smithey in their recent opinion piece in The Guardian. They refer to Greta Thunberg’s recent arrival in New York, after crossing the Atlantic in a zero-emissions boat, as a “teachable moment”. Of course the number of teaching opportunities schools provide is limitless. But in a climate crisis, teachable moments take on a larger-than-life dimension.

Adults have a moral obligation and responsibility to prepare their children for their future. And while we cannot diminish the value of formal education and the role of schools in preparing youth for future careers and contributions to society, focusing on the right climate teachable moments is crucial as the climate crisis stares us in the face. The climate crisis is an existential crisis—survival or extinction—for students. How can teachers help their students cope with such a troubling reality?

Today’s adults cannot save your future

This first teachable moment is a very bitter pill to swallow for adults. It demands that we humbly admit that we are failing to deal with the climate crisis. After decades of climate procrastination, we are no closer to tackling climate change than we were thirty years ago at the Earth Summit. Climate has too often been relegated to the bottom of the agenda—something we’ll get to if we have time and if there’s enough money left.

We have failed to take action when it was easier to do so. And now the monumental task of solving the climate crisis falls on the shoulders of youth—the next generation. Not only must we apologize for our inaction but we must convince students that we will support their actions and their demands for a healthy future.

School teachers and educators in general must teach students to forgive adults for their wavering on climate and help them rebuild the trust bond with the adults in their lives. We are all in this together is the mantra going forward. The potential of inclusiveness is a valuable life-lesson and the need to work together is a teachable moment.

One person can make a difference

In one short year, 16-year-old Greta Thunberg from Sweden has inspired millions of students around the world to join her Fridays for Future climate strikes calling for adults to deal with the emergency of global heating. Her perseverance and courage provide a golden teachable moment during the coming school year. In spite of her Asperger syndrome diagnosis and personal attacks from deniers, Greta has emerged as “the public face of the school climate strike movement” writes The Guardian. “When haters go after your looks and differences, it means they have nowhere left to go. And then you know you’re winning!” says Greta.

1 year ago I started school striking for the climate outside the Swedish parliament, simply because something had to be done. Since then I have continued every Friday alongside millions of others. And we will go on for as long as it takes. #FridaysForFuture #SchoolStrike4climate pic.twitter.com/egpP5UjpHn

Students have so much to learn about their own power to make a difference and about the value of commitment and hard work.

Climate science is the key

The physics and the chemistry of climate change cannot be ignored. Deniers can have their own opinions but they cannot make up their own facts. An increased focus on environmental science will not only inform students, but more importantly, it will prepare them to take on the climate-constrained world we have created.

Their very survival will be based on science-based decision-making as they take over global leadership from the current generation of adults.

I make special reference to three milestone scientific reports which outline the fundamentals of the environmental challenge we face and the variety of climate action pathways that are needed to avert total climate catastrophe.

How to build political will to #ActOnClimate

Sadly, the political will to tackle climate change does not happen naturally nor does it come easily for politicians. In fact, for too many politicians it doesn’t come at all. It must be forced upon them through public pressure. During the last year, over 1.5 million students on strike for climate have succeeded in turning up the political heat on governments and world leaders.

A new climate activism has become mainstream and is now forcing politicians to take action. This new breed of climate activists will stop at nothing to save their future. The next decade will be the last chance we have to save our way of life. We are facing desperate times which will progressively call for desperate measures.

Slowly people and governments are waking up to climate truth. Close to 1,000 jurisdictions in 18 countries have already declared a climate emergency, including Canada, France, Ireland, Portugal, Scotland and the UK. But this is only the beginning.

“We will go on for as long as it takes” to achieve more meaningful action, Thunberg recently tweeted. “Our movement continues to grow and we will not rest until we stop burning fossil fuels and until we begin a rapid energy revolution with equity, reparations, and climate justice at its heart,” says May Boeve, of 350.org in support of the Global Climate Strike week of September 20-27.

Building political will is the key to solving the climate crisis. Politicians must learn to adapt or just get out of the way. Because, time is running out. 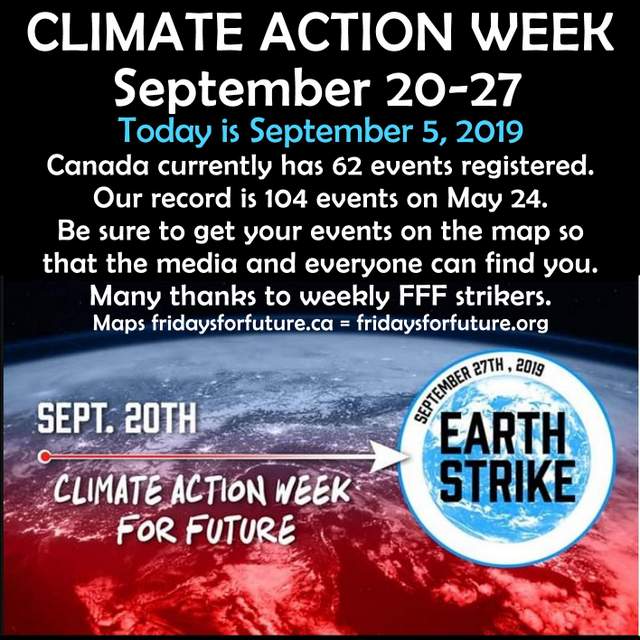 Related articles:
Can Students Save Humanity When We Adults Could Not
Helping Kids Prepare For A Climate Constrained Future