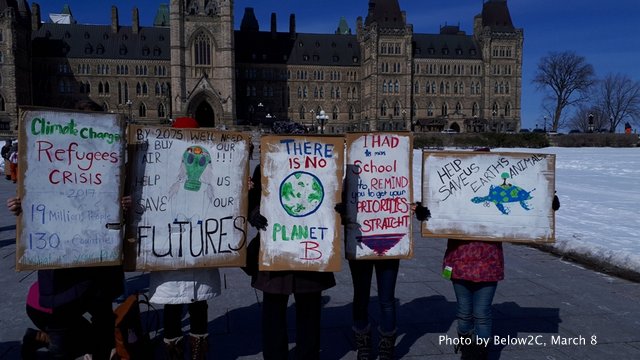 For decades now, adult activists, adult environmentalists and adult scientists have been trying to move climate change to the top of the world agenda. But we have met with limited success.

And for decades, adult world leaders and adult politicians have been kicking the climate can further and further down the road. Simply put, they have failed to take the actions required to solve the climate crisis.

Adults are failing to deal with the climate crisis. 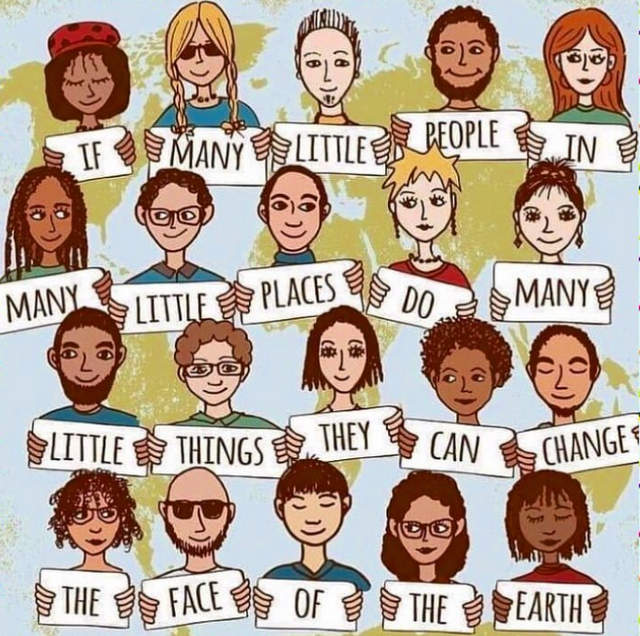 School students and youth around the world are saying enough is enough. “We have the right to live our dreams and hopes, “says Greta Thunberg, a 16-year old from Sweden who started the Fridays for Future movement by striking from school every Friday for the past six months. Since then she has inspired well over 100,000 students to cut classes to protest the lack of appropriate climate action by adults.

“Adults are jeopardizing our future,” says Greta. “You say you love your children above all else, and yet you are stealing their future in front of their very eyes…Something big needs to happen. People need to realize our political leaders have failed us. And we need to take action into our own hands.” And students are doing exactly that. They are rising as one and taking to the streets in solidarity and with resolve.

They refuse to back down in spite of suggestions from some elders and politicians that their place is in school, to learn and get a proper education. But students have given up on us adults and have lost faith in that apparent wisdom that comes with only with age. Simply put, they do not trust adults to protect their future.

The #FridaysForFuture movement started by Greta Thunberg has now morphed into a global climate action campaign to be reckoned with. There is no force more powerful than a betrayed generation. Student climate strikers have issued an open letter ahead of a global day of action on March 15 that will involve more than 500 events in over 50 countries.

Young people make up more than half of the global population. Our generation grew up with the climate crisis and we will have to deal with it for the rest of our lives. Despite that fact, most of us are not included in the local and global decision-making process. We are the voiceless future of humanity. ~ Open Letter

I’m a strong supporter of students and youth striking for the climate. In Ottawa (where I live), climate strikes began in December on Parliament Hill. There have been at least six #FridaysForFuture strikes to date. The global Youth Climate Strike scheduled for March 15 will be joined by Canadian students striking in over 30 cities and towns across Canada.

Members of Parliament: Your House is on Fire

I would like Members of Parliament to imagine themselves in a caucus meeting on the top floor of the tallest office tower in the country. All of a sudden fire alarm bells go off. You hear the alarm. You feel worried and you look at your neighbours and they don’t do anything. After a few seconds you think this must be a false alarm. A couple of minutes later, you start to smell smoke, you see smoke, and now you’re feeling really worried. You look at your neighbours but they still don’t do anything at all. They carry on business as usual. And the problem is that after smoke you see fire and you see flames. You don’t look at your neighbours. You start to run for the exit, you run for your life. But there’s a problem. You’re at the top of that skyscraper and it will be too late.

And if you think about it, this is exactly how most of us are reacting to the ongoing climate crisis.

What Students Are Telling You

Canadian students and youth are telling you, our Members of Parliament, that your house in on fire and that we need to treat this situation like the emergency that it is. Perhaps we adults would be wise to stop talking just for a moment and listen to what the youth of the world is telling us.

I’m asking Members of Parliament and their staff to circle Friday, May 3, on their calendar. On that day, students across Canada, including Parliament Hill, will be out by the thousands to stage a national climate strike in at least 30 cities and towns. Students around the world are on the rise, and they will not stop.

Will students save us from ourselves? Could it be that students will save humanity when we adults could not?

Related articles:
Ten Years to Zero: The Emergency and the Mobilization
We Have a Climate Crisis on this Planet
We Have Time to Act but we Don’t Have Time to Wait