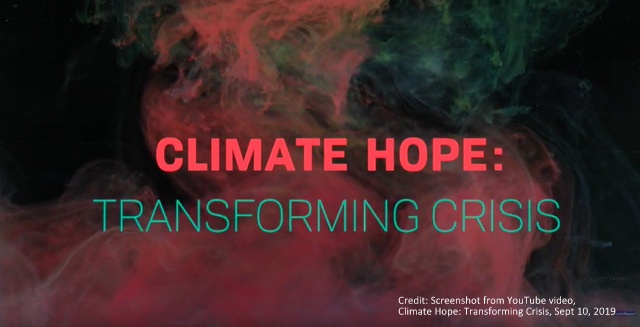 There are two ways to look back at what 2019 showed us about the climate crisis. On one side, there’s the climate despair that accompanies rising greenhouse gas emissions, extreme weather events, and the failure of the COP25 climate talks which marked the end of the year. But then there’s the climate hope as one recalls the success of emerging climate movements led by Greta Thunberg of Sweden, the rapid advances in clean technology and how the political narrative around the world is now shining the spotlight on climate change.

Why did this year bring us climate hope? Advances in solutions and the truly unprecedented momentum the climate movement gained in just one year. — Climate Reality Project

The following piece was first published in the Climate Reality blog.

There’s no question that 2019 was a wakeup call on the climate crisis. Everything from devastating extreme weather events and seeing the planet’s hottest month in recorded history to increasingly dire scientific reports coming out seemingly each week removed any doubt that this global emergency is rapidly escalating. We could hardly blame someone for feeling discouraged.

Here’s what we must remember, though.

For all of the unfortunate events that happened this year, we also saw an equal (and growing) opposite reaction. People all around the world stepped up for the climate like never before.

What’s more, technological advancements and plain economics are making the solutions to the crisis more feasible than ever.

So, here’s the top reasons why 2019 left us with real climate hope!

Our biggest source of optimism this year? The incredible number of people around the world that stepped up for our climate. These highlights make us believe that one day we’ll look back at 2019 as a historic turning point for the movement.

1. With an estimated 4 million attendees in over 163 countries, the September 20 climate strike — the biggest climate demonstration in history — saw more people calling for climate action at once than ever before.

NYCs massive #ClimateStrike march has begun, from Foley Sq down Centre St to Chambers St across to Broadway… and down to the Battery! Thank you @ClimateCrisis and everyone else marching! pic.twitter.com/WUpeRP0ZQS

🚨 This is half a million people on the streets of Madrid. They are demanding a future that is just and livable.

Indigenous leaders from around the world are leading the march outside #COP25.
Today is just a massive and historic #ClimateStrike 🚨 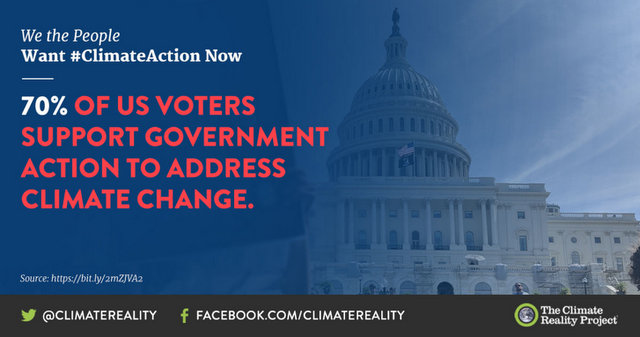 It’s not just organizations, though — countries around the world are also pulling their funding. In November, the European Union announced its plan to remove all fossil fuel subsidies after 2021 in what it calls the “most ambitious climate investment strategy of any public financial institution anywhere.”

7. Another encouraging trend? In 2019, celebrities used their far-reaching platforms to support climate action like never before. Influential voices amplifying the urgency of the climate crisis helps raise awareness and as a result, spurs more of the grassroots action we really need.

Why now? Partly thanks to collective efforts by media groups to finally do this story justice. Take the “Covering Climate Now” global journalism initiative, for example. Co-founded by The Nation and Columbia Journalism Review, this project includes more than 350 outlets worldwide reaching a combined audience of over a billion people. Now that’s the kind of climate coverage the world needs.

10. In the US, the first-ever presidential climate town hall gave us a lot of hope. Why? Because it was the first time ever that presidential candidates had to address the climate crisis so seriously. Just four years ago during the 2016 election, candidates were hardly even asked about the topic.

Renewable energy — our most critical tool for reducing greenhouse gas emissions — just keeps getting cheaper and more accessible. So much so that as of this year, according to Bloomberg NEF, “for two-thirds of the global population, it is already cheaper to get power by building a new wind or solar farm than a fossil-fuel power plant.” How’s that for some good news?

With that cost decrease in mind, it’s hardly surprising that 2019 is expected to see a record 2.6 million EVs sold globally — about a 40 percent growth rate compared to 2018.

This year also saw automakers commit a whopping $225 billion to car electrification over the next five years.

Other Wins Are Adding Up