Below 2C
Home Climate Carbon Emissions To Save Our World, We Must End The Carbon Economy 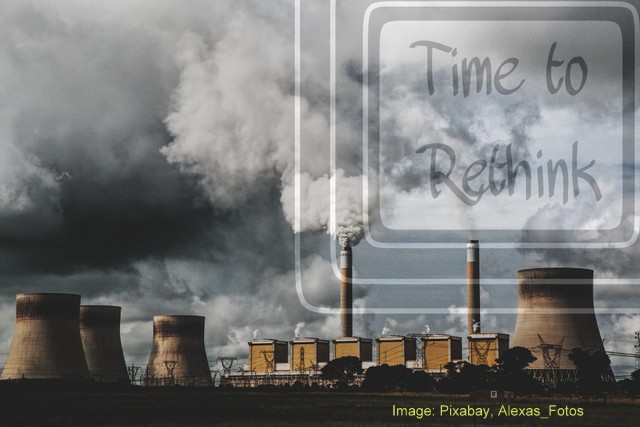 “The carbon economy amplifies racial, social and economic inequities, creating a system that is fundamentally incompatible with a stable future,” says a recent opinion piece in The Guardian. The article highlights an open letter by over 100 economists calling for a green recovery that will replace the carbon economy.

“As the undersigned experts in economics, we call on our policymakers to recognize the role that meaningful climate action has to play in rebuilding our world – to recognise that a healthy economy and society require a healthy planet.”

End Carbon Economy and Save The World

(This article was first published in Common Dreams.)

Leaders in the field — including a Nobel Laureate and former Sec. of Labor — urge divestment, active phaseout, and understanding of connection between racism, COVID-19, and climate

On Tuesday, August 4th The Guardian published an open letter entitled “To Rebuild our World, End the Carbon Economy,” signed by over 100 economists. The statement, notable for its bold prescription of climate action aimed at ending fossil fuel reliance, was signed by leading experts in the field, including Jeff Sachs and Nobel Laureate Joseph Stiglitz of Columbia, Mariana Mazzucato of UCL, Darrick Hamilton of OSU, Dani Rodrik of Harvard, Gernot Wagner of NYU, and former US Secretary of Labor Robert Reich of UC Berkeley.

“I’m very pleased to see economists speaking out forcefully on just climate policy,” said signatory Juliet Schor, an economist and sociologist at Boston College. “As the country nears a serious climate problem, economists’ opportunity to shape the debate has never been greater.”

The letter, which illustrates the extent to which economists are increasingly shifting their thinking on climate policy towards bolder and more progressive solutions, makes the case that as governments around the world create policy that will reverberate for years to come, they must take the opportunity to invest in a just and decarbonized future. “As a young person, I am scared that my country’s leaders will try to recover from one crisis while investing in the next,” said Connor Chung, an organizer with Fossil Fuel Divest Harvard, one of several student climate justice groups involved with organizing the letter. “Today’s statement helps us separate false solutions from the bold action we need to ensure a just and stable future that so many of my peers are fighting for.”

The economists called for three axes of changes that are necessary to take on the carbon economy:

The prescriptions, which depart significantly from the sort of fossil fuel industry-approved policies which are often seen as dominating economic discourse, are centered around the idea that the present moment “gives us the rare opportunity to reimagine” an economy rooted in deep inequities.

The letter is one of the first statements of its size from the field of economics that underscores the connections between the simultaneous crises of climate change, systemic racism, economic devastation, and the spread of COVID-19, explicitly viewing the climate crisis through a lens of environmental justice. “It is Black people in America, for instance, who bear some of the highest rates of exposure to polluted air,” the statement reads. “The carbon economy amplifies and begets racial, social, and economic inequities, creating a system that is fundamentally incompatible with a stable future.”

“At a time when available investment resources should be massively targeted to green energy, injecting capital to fund even more fossil fuels extraction is unjustifiable,” said signatory Gabriel Zucman, an economist at UC Berkeley known for his research on wealth inequality. “As the younger generations have well understood, immediate divestment is an economic and moral imperative.”

“As much as the present moment painfully underscores the weaknesses of our economic system, it also gives us the rare opportunity to reimagine it,” the academics wrote in an open letter this week. “As we seek to rebuild our world, we can and must end the carbon economy.”

Moving into the social, economic and political unknowns of the near future, this statement will help decision makers understand the imperative of rapidly ending the carbon economy as they rebuild better systems. “The pandemic provides us the opportunity to create a modern, just, sustainable economy by replacing carbon energy with clean energy, by reducing inequality and caring for the well-being of people and the planet,” said signatory Clair Brown, renowned UC Berkeley scholar of labor and technological economics whose early work focused on race and gender inequities in labor. “The climate crisis has shed light on how inequality hurts people, and how a sustainable equitable economy makes people healthier and happier. We must not miss this opportunity to rebuild the economy to fulfill our vision of a just and livable world.”

The letter has been signed by more than 100 economists. You can see the list of signatories here.

Related articles….
The Stranded Asset Parade Is Starting
From the COVID Frying Pan Into the Climate Fire
The Greed of the Oil Giants Is a Total Betrayal of the Future