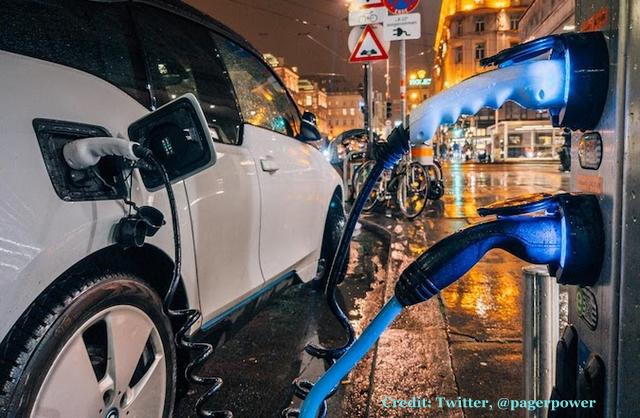 What is happening in Germany’s electric vehicle market is a strong indicator of the growth of EVs worldwide. CleanTechnica writes that the German EV market is reaching escape velocity registering a 26.6% market share last December as gas and diesel passenger auto registrations continue to plummet—now down to less that 60%.

The Guardian reports that electric vehicles rose globally by 43% to more than 3 million while overall car sales plunged by a fifth during the 2020 coronavirus pandemic. A further predictor of the end of ICE (Internal Combustion Engine) vehicles is a series of recent government announcements setting dates for the end of sales of fossil fuel-powered cars in the next decade or so. The auto industry worldwide is adding further momentum to this trend with over 150 new BEV (battery EV) and PHEV (Plug-in hybrid EV) models hitting the market in 2021.

General Motors Executive Mary Barra said recently that GM is setting a goal “to sell its new cars, SUVs and light pick-up trucks with zero tailpipe emissions by 2035,” reports Aljazeera. GM is going all out by also planning to be carbon-neutral by 2040 following the President Biden announcement that the US is rejoining the Paris Agreement and going full-out on tackling climate change.

The New York Times describes the move as “a seismic shift by one of the world’s largest automakers that makes billions of dollars today from gas-guzzling pickup trucks and sport-utility vehicles”. The paper adds: “The announcement could put pressure on automakers around the world to make similar commitments. It could also embolden President Biden and other elected officials to push for even more aggressive policies to fight climate change.” Washington Post columnist Paul Waldman says the news is “truly extraordinary”. He continues: “The GM news shows how real change is going to have to happen. It’s when market incentives push in the same direction as the current political environment, as excruciating as it may have been for both to get where they are.” (Excerpt from Carbon Brief newsletter)

CEO of @GM, Mary Barra, recently announced that the iconic vehicle manufacturer will commit to having all #electricvehicles by 2035. According to @NBCNews, other brands like @BentleyMotors and @Nissan have also committed to electrify all car models by the early 2030s. Amazing! 👏🏽 pic.twitter.com/awSKN8tnLM

GM Canada and Unifor have reached a deal that will see an investment of $1 billion to upgrade an existing plant that will start manufacturing commercial electric vehicles used by delivery companies “to move goods more efficiently,” reports CBC News. This recent announcement follows others involving Ford and Fiat Chrysler which include backing from both the Federal and Ontario governments, bringing the total to nearly $6 billion in EV investments.

Recharging your EV will soon be as fast as filling up your ICE vehicle. The 5-minute battery
is still at the pre-market stage but marks a major step in the evolution of battery technology. “A five-minute charging lithium-ion battery was considered to be impossible,” says Doron Myersdorf, CEO of battery developer StoreDot, but “it is feasible and it’s commercially ready,” adds Myersdorf.

First factory production means recharging could soon be as fast as filling up petrol or diesel vehicles. https://t.co/KOflHqrUAk

ICYMI:
Industrial Age of Energy and Transportation Over by 2030
Traditional Car Companies Are Zombies: Dead But Don’t Know It Yet 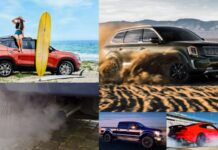