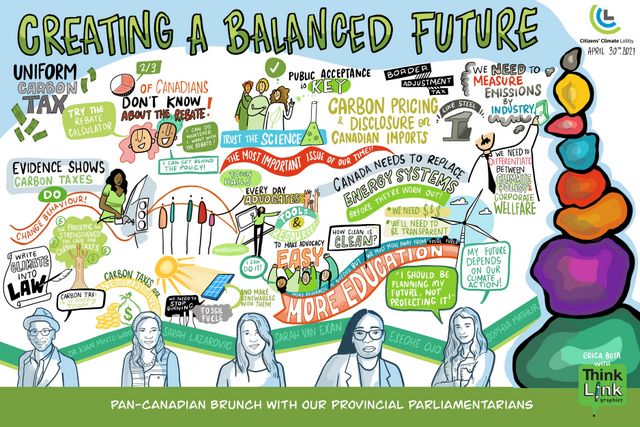 On March 25, 2021, the Supreme Court of Canada affirmed that climate change is real and poses a great threat to humanity’s future. We must cut greenhouse gas (GHG) emissions by one-half every decade going forward to address the threat of climate change. We are in a climate emergency. Canadian youth are telling us what to do: Listen to the experts and work together to create a balanced future.

Growing Support for Carbon Pricing: Major Canadian and U.S. oil companies, the Canadian Mining Association, and many other organizations have endorsed carbon pricing. In the USA, 3,589 economists have endorsed the Carbon Dividends model of pricing carbon including 28 Nobel Prize winners.

More on carbon pricing: the most Silver Bullet-ish Policy we know of 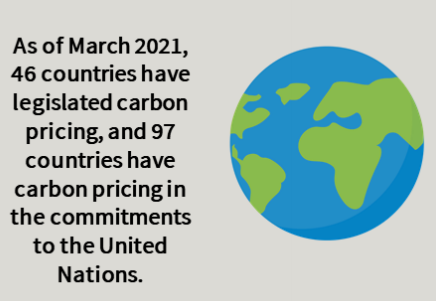 Unfortunately, there is some bad news. Canada’s emissions have been steadily rising since the Paris Agreement increasing by 0.2% in 2019—one megatonne over 2018. The energy sector alone accounts for 81% of Canada’s total GHGs.

“CCL Canada is a volunteer-driven and non-partisan organization. Since 2010, we have been focused on advocating for an incrementally increasing price on carbon pollution with 100% of the revenue returned directly and equitably back to citizens. To date, we have 42 active chapters covering over 120 ridings across the country and have met with government officials over 1200 times.” — Cathy Orlando, CCL Canada Director