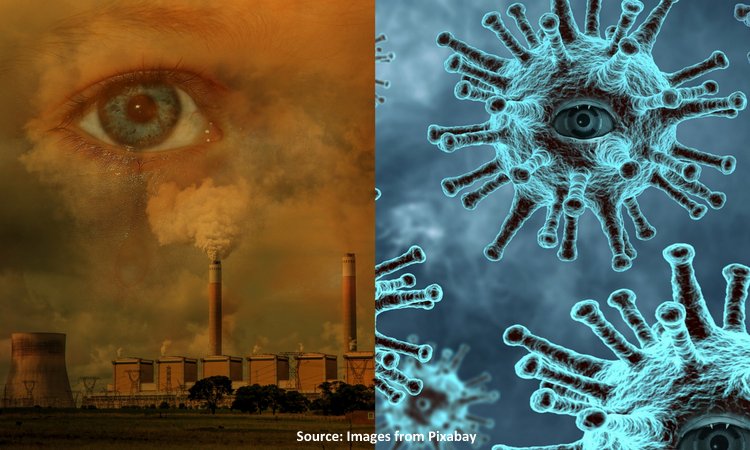 We need to tackle two major crises at the same time. As we enter the third year of the pandemic, the even deeper emergency of climate change is starting to overshadow COVID-19. While the speed of transmission and breadth of the Omicron virus are capturing the headlines and the attention of governments worldwide—and rightfully so—climate reality is also on everybody’s mind. In this following column (previously published the Sudbury Star) Dr. Elaine Blacklock shares her thoughts on tackling both crises simultaneously.

This COVID-19 pandemic is getting to be a bit much. Like, serious bandwidth overload. We were still grappling with the delta variant and had barely managed to reopen the Canada-US border when omicron appeared on the scene in South Africa. Borders slammed shut again, too late to make a difference. Within days, the new variant was turning up everywhere, like a malignancy long since spread.

Once again, (or perhaps still,) we are faced with overwhelmed hospitals and health-care workers, cancelled surgeries, limits to our testing capacity, long waits for vaccine boosters and, of course, a significant minority of the population who persistently refuse to protect themselves. Theatres, restaurants, and gyms are closed again. Flights are being cancelled; travel plans put on hold. And school is back online, for the third year in a row.

As a 60-something woman whose children are grown and whose parents have passed, I can only imagine what it must be like to be a single mom or dad, or worse, a member of the sandwich generation, worried sick about elders and simultaneously scrambling to provide childcare, school supervision, and parenting, while also holding down a job and paying the bills.

My nursing and medical colleagues, especially those working in public health, emergency departments, and critical care units, are tired, overwhelmed, and often burnt out. And no wonder. Our health-care system was struggling to keep up before the pandemic even started, and our country is short some 20,000 nurses.

Although COVID-19 has been relatively merciful to pediatricians and their young patients, with the advent of omicron an increasing numbers of infants and children are requiring hospital care; some of them are gravely ill. A few have died.

It will probably be years before we fully appreciate the impact of the pandemic on our mental health. But already, it’s more than apparent in the Emergency Department, at mental health clinics, at the offices of family doctors, pediatricians, and psychiatrists, and at my Eating Disorders clinic. There’s also a serious risk that vulnerable students will be permanently left behind amidst the chaos and unpredictability of their school experience.

If there was an end in sight, a clear path back to what used to be “normal life,” it would be easier to sustain ourselves. But the whole situation just drags on and on, with surge after surge, and who knows what the next COVID variant of concern may impose on our already frayed psyches.

There will inevitably be other pandemics, but we may only get one shot at managing the climate emergency. — Peter Garforth, Plant Services

Unfortunately, a pandemic doesn’t make other issues go away. Despite the economic consequences of lockdowns and border closures, there’s been no lasting reduction in global greenhouse gas emissions. Air pollution continues to kill millions each year. The destruction of rainforest and other critical ecosystems continues apace, and more species go extinct.

Last year’s string of catastrophic weather-related disasters in British Columbia brought home to many Canadians the folly of continuing along our current fossil fuel-burning path. But many people simply lack the mental energy to engage with what will ultimately be this century’s greatest threat to human health: climate change and all the other derangements we humans have inflicted on the planet and, ultimately, on ourselves.

It’s unfortunate. The 2020s are a critical decade. Either we choose to re-engineer the way we live on this planet, or we continue to blunder along, choosing our future by default. It’s pretty clear that without a massive and sustained public outcry, our political leaders are unlikely to respond to the climate crisis with the drastic action required after three-plus decades of dallying around.

But how, in the midst of a pandemic that drags on, do we generate that public outcry? How do we find the bandwidth to engage, the energy to act with vigour, when we’re feeling exhausted and demoralized by a virus? These are questions I will ponder in my next column.

ICYMI:
The Tip of the Climate Change Iceberg
Humans Can’t Be Healthy On A Sick Planet