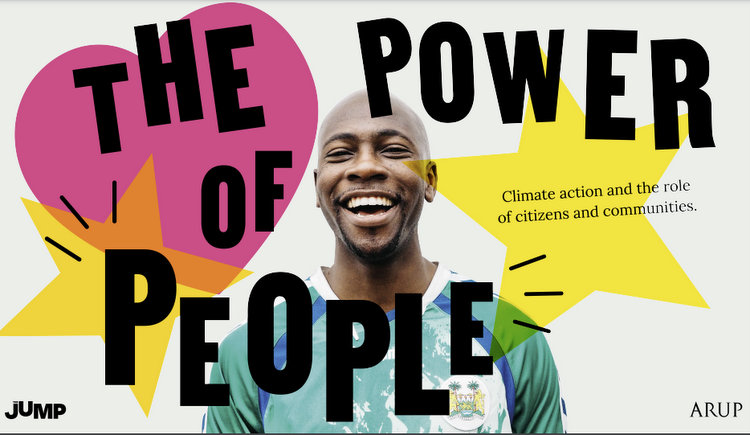 Individuals can make a huge difference when it comes to action on climate. New research shows that “government and industry do have the most responsibility, but citizen and community action is meaningful, impactful, and urgently needed.” We’re all in the war on climate together. Citizens have to take the jump and be part of the solution.

(Len Rosen is a newcomer to Below2°C. This first article was previously published in his 21st Century Tech Blog.)

Take the Jump on Climate

Here in Canada our policies and practices to tackle climate change are largely built around putting a price on carbon pollution. The levy at the gas pump is the most visible action the government is currently taking. But even in this act, the cost of carbon is not visible to the average consumer.

Canada remains far from its announced goals of reducing greenhouse gas emissions (GHGs) by between 40 and 45% by 2030. No current program will get us there even with the price of carbon being upped by $15 CDN annually.

That’s why the power of individual citizen involvement needs to be invoked. A scientific research study announced on March 7th asks the question “is avoiding climate meltdown only about action by government and industry, with individuals effectively powerless?” It goes further by asking “can citizens and communities have a meaningful and direct impact in the here and now?”

The study is being overseen by C40 and JUMP.  The former is an organization representing global cities focused on climate change and sustainability. The latter is a citizen-led movement that is trying to help humanity wean itself off the stuff that is destroying the planet.

JUMP’s goal is to achieve a two-thirds reduction in the impact of consumption in rich countries by 2030. To achieve this it focuses on individual citizen and local community actions in something it calls “Take the JUMP.”

What taking the JUMP involves is six shifts: 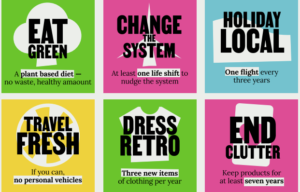 The last point differs from the others because it involves becoming part of a group to collectively influence change. You could join a climate action group like Citizens’ Climate Lobby (I have) for example. Through individuals coming together in activities aimed at achieving a sustainable future, your influence can become as powerful as governments and industry.

A recent study from the Centre for Low Carbon Future involving researchers at Leeds University in the United Kingdom, concludes that rich countries in the world will need to reduce GHG emissions by two-thirds over the next 10 years to keep the world from experiencing negative environmental impacts of consequence for all nations.

A study presented by researchers from Leeds at a 2011 climate change conference proposed back then that investing 2% of the GDP of cities like those in the C40 would reduce their GHG emissions by 40% in ten years at no net cost. How? Because the investment by individual citizens in a series of low carbon options would end up offsetting energy costs and be repaid in four years. If a large number of citizens within a city were to do this, the impact in terms of GHG reductions would be global in consequence.

So that’s the idea behind JUMP. Individuals who enact the six shifts program can make a sizable contribution to fighting the causes of climate change. Take the JUMP sees the initiative as contributing almost half of what the C40 cities have set as their emission reduction goals by 2030. In launching the six shifts campaign, Tom Bailey of JUMP states, “we don’t have time to wait for one group to act, we need all action from all actors now.” C40’s endorsement of support notes “that citizen action really does add up, and alongside government and private sector action, individuals can make a major contribution.”

So if you have been asking what you as an individual can do, why not Take the JUMP or find organizations like Citizens’ Climate Lobby where you can work with others on combined sustainability goals.