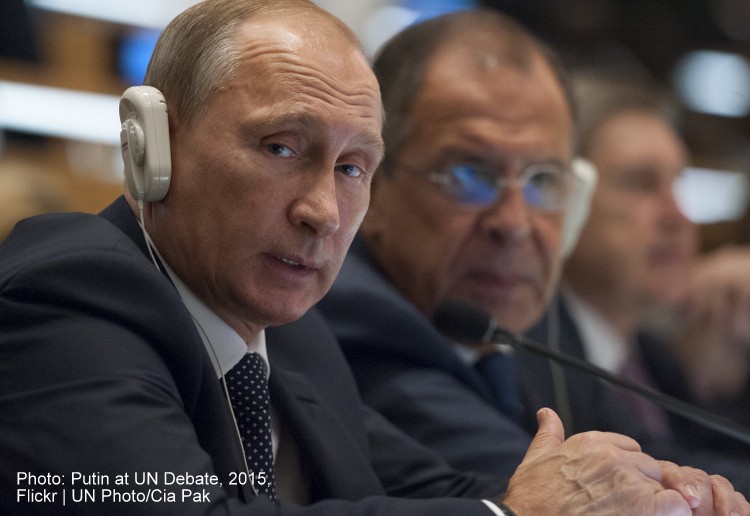 “Canadian banks, insurance companies and asset managers have pumped millions into Russian-owned oil and gas companies that have flowed into the petrostate’s war chest,” wrote the National Observer in a recent article.

Dependence on Fossil Fuels is Dangerous

The world’s addiction to oil—our dependence on a fossil fuel system—is dangerous not just for the climate but also threatens world peace, Stand.Earth Executive Director Todd Paglia said in a March 1 media release:

“We know banks, insurance companies, and institutional investors like pension funds are the great enablers of climate chaos, but the war in the Ukraine makes it tragically clear that they’re the enablers of military chaos as well…By financing and subsidizing fossil fuel companies… these financial institutions are complicit in the conflict, vulnerability, and instability, all of which the climate crisis will only make worse.”

“It’s clear banks, financial institutions, and governments themselves need to see this moment as a wake up call to mobilize capital toward building a more secure clean energy system. By financing fossil fuel companies, our financial institutions are bankrolling the continued production and burning of coal, oil, and gas — driving up methane and carbon pollution at the very time we need to do the exact opposite: urgently and rapidly slash emissions, and invest in climate solutions. This conflict clearly shows how dangerous our dependence on a fossil fuel system is, especially one that concentrates power in the hands of someone like Putin.”

Where’s the Moral Fibre of Canadian Banks and Insurance Companies?

As we witness a steady flow of large corporations, institutions and governments taking action against the Russian oil and gas industry, one must wonder why the Canadian financial sector has been missing in action—lacking the moral fibre to do what is right.

New Stand.Earth research shows that RBC, CIBC, BMO, Manulife and others have poured over US$110 million into Russia’s largest oil and gas companies. “The investment isn’t in the billions of dollars, but that doesn’t mean Canadian financial institutions are off the hook in terms of taking responsibility for where their money is being invested and what kind of activities their money is supporting,” said Stand.Earth climate finance director Richard Brooks. “Geopolitics are what they are because of the energy industry, to a large degree.”

To view the research on Canadian investments, click here.

And what’s even more despicable than the Canadian financial sector’s ongoing investments in fossil fuels worldwide is how some politicians who have oil flowing in their veins are using the Ukraine war to promote the expansion of oil and gas production in Canada. Alberta Premier Jason Kenney, along with the Canadian Association of Petroleum Producers (CAPP) and several Conservatives MPs are calling for a ramping up domestic fossil fuel production and more investments in pipelines.

“Within hours of Russia’s invasion, the fossil fuel industry and their Canadian politicians began calling for greater oil and gas investments. It’s disgusting, craven fearmongering, and we have to fight it… Canadian financial institutions need to be part of the solution, not the problem.” —Tzeporah Berman

“The world’s banks have amorally worked to build Russia’s oil and gas industry, the industry that funds the Russian army, and the industry that Vladimir Putin has used as a cudgel for decades to keep Europe cowering,”  write Bill McKibben and Svitlana Romanko in their LA Times OpEd.

ICYMI:
Clean Energy: An Idea Whose Time Has Come
Unless We End Financing of Coal, It Will End Us
Cities for a Fossil Fuel Non-Proliferation Treaty