Below 2C
Home Socio-Politico Canada This Is What Climate Leadership Looks Like Mr. Harper 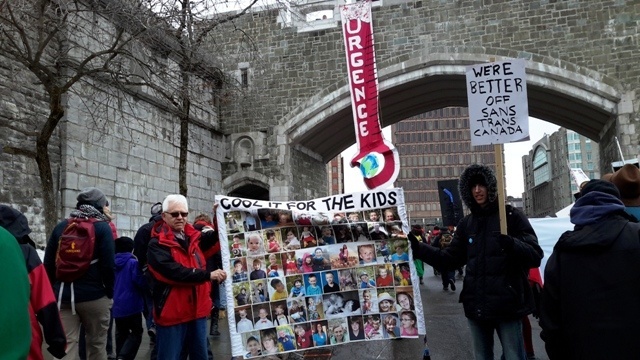 “Canada’s provinces are taking command of the nation’s battle against climate change, seizing climate leadership from a reluctant federal government as the clock ticks down to a crucial international climate agreement later this year,” reports the Globe and Mail.

Canada’s provincial premiers have just attended Canada’s first serious climate change summit in Quebec city. The climate meeting was called by Quebec Premier Philippe Couillard who is emerging, along with Premier Kathleen Wynne of Ontario, as Canada’s climate action leaders on the national stage. Couillard, Wynne and BC’s Premier Christy Clark are filling the void created by the Harper government which has simply abdicated its responsibilities on climate and the environment. While Couillard and Wynne signed a historic climate change deal, Clark was off to the World Bank to promote BC’s successful revenue-neutral carbon tax introduced in 2008.

This week could mark a turning point in Canada’s struggle to shed its international image as a climate-change laggard, but could also lay bare the fault lines running through the country’s attempts to deal with what many would argue is the defining environmental struggle of the century. (Globe and Mail).

The Quebec climate summit highlights the dismal performance of  Stephen Harper’s Conservatives at the national level and in international climate talks. Canada continues to be a laggard on climate action by failing to submit its emissions-reduction targets by the end of March as requested by the United Nations.

In her attempt to deflect attention away from her incompetence as federal Environment Minister, Leona Aglukkag blames the provinces for failing to provide the emissions information that Ottawa says it needs to submit Canada’s commitment to the UN. “It is unacceptable for the federal government to refuse to act on climate change and simply provide a tally of provincial initiatives as ‘Canada’s’ contribution to fighting climate change,” responded Ontario’s Minister of the Environment, Glen Murray.

Premiers Couillard and Wynne have been meeting to jointly discuss their next steps for climate action. The two have sealed a climate partnership which will link Ontario’s cap and trade carbon market with Quebec’s. This is a very positive sign of things to come. Premier Wynne speaks passionately about her concern for the future of her granddaughter in this video, a passion which resonates very profoundly with me as the grandfather of four “grand” kids.

Not fighting climate change would be irresponsible

Reuters has recently reported (April 2) that Canada was invited by the US to jointly announce climate policy cooperation with Mexico. As recently as December of 2014 with the CBC, Harper said:

…his government preferred a continental response to climate change rather than imposing a unilateral price on carbon on Canada’s oil sector, its fastest growing source of greenhouse gas emissions. (Reuters).

Our stated policy on climate change has been to act in lock-step with the Americans. The rather lame excuse this time is that the federal Minister of the Environment is waiting for emissions targets to be set by the provinces in preparation for the Paris Climate Summit in December 2015. It’s obvious that no form of climate policy is acceptable to Stephen Harper.

Mexico was the first developing country to submit is national emissions-reduction targets to the UN. The Canadian Prime Minister chose instead to snub both President Barack Obama and President Enrique Pena Nieto of Mexico by turning down the opportunity to act together – the very antithesis of climate leadership on the international stage.

The Act on Climate March is the Canadian version of the Peoples Climate March (PCM) where over 400,000 people marched for climate on September 21, 2014, in New York City.  The over 25,000 people who marched in Quebec city are the true leaders of the new climate movement in Canada. This large number of people wanting climate action in Canada is even more staggering than was the PCM. Consider these numbers.

People from all ages and from all walks of life, many travelling long distances on school buses (like yours truly) came to express their concerns about the lack of climate leadership in Canada. The message was loud and clear: “we want clean energy, and we want our government to prioritize the climate…as a giant thermometer was created by participants at the end of the march route,’ reported Richochet Media.
______