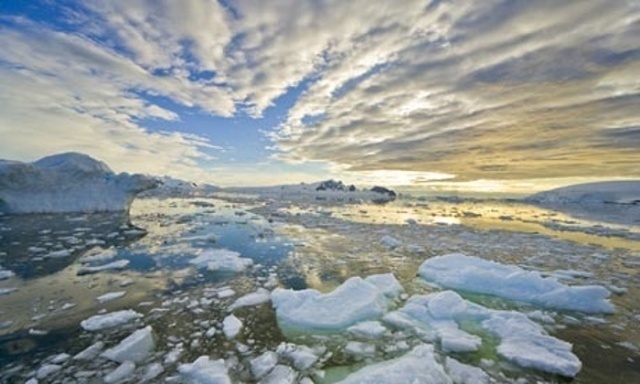 I’m pleased to welcome Nick Fillmore as a contributor to BoomerWarrior.Org. Nick is an activist and a freelance journalist writing about climate change and socio-political issues. (Rolly Montpellier ~Managing Editor for BoomerWarrior).

In addition to the staging of the PanAm Games, Toronto was recently the location of some unusually high profile activities that were supposed to increase the efforts to tackle climate change.

The events raised some important questions: How effective are efforts to slow the increase of carbon emissions into the atmosphere, do Canadians agree on the extent of damage to our environment, and what do scientists say in their most recent reports about the degree of the threat?

Not Serious About Climate Change

Celebrities lead ‘the big protest: First, Toronto had the spectacle of actor/activist Jane Fonda, environmentalist David Suzuki and author-activist Naomi Klein leading a march of some 12,000 protesters belonging to a new coalition through downtown streets.

“I think that the coalition that is represented in today’s march and rally … will make a difference.” said Jane Fonda. But isn’t the year 2015 a little late to form a new coalition? Climate change has been a growing problem over 30 years, and Canada still does not have an effective, coordinated environmental effort to fight the biggest crisis in history.

Radicals have their say: Later in the week, a much angrier group of some 200 protesters  succeeded for a short time in blocking a lot of high profile delegates to the Climate Summit of the Americas from entering the Fairmont Royal York Hotel. The aggressive small group chanted “Shut down the summit.” After their initial success, they were blocked by dozens of police.

Big corporations help set agenda: Interestingly, powerful corporations lurked in the background. While politicians take the heat for failing to act effectively on climate change, giant corporations, including Shell’s CEO and the head of the Canadian Association of Petroleum Producers, had already steered the pre-Summit discussions enough to protect their interests.

Delegates sign meaningless statement: At the close of the Toronto Climate Summit, hundreds of delegates signed a non-binding, motherhood statement urging jurisdictions around the world to make carbon-reduction commitments and present them in Paris.

In short, while athletes from the Pan American region were delighting crowds with some wonderful performances, the Climate Summit was, well, a fraud. It was a massive, hugely expensive and cynical public relations stunt – a nice travel perk – for participating politicians.

Mainstream media ‘misinforms’: Unfortunately, mainstream media coverage of the Summit failed to go beyond the speeches. The papers, TV and radio news dutifully reported the politicians’ rants. But a Google search failed to find any mainstream news report that provided any analysis of the event.

Mainstream media must be held largely responsible for the fact that only 50 per cent of Canadians are “extremely” or “definitely” concerned about the climate threat. If bad reporting on climate change issues confuses the public, so do incorrect statements by poorly informed politicians.

Premier Couillard was an offender at the Toronto Climate Summit. He said Quebec is committing itself “to a very ambitious set of targets with only one objective: to keep warming below or at the maximum 2 degrees Celsius by 2050.” But sorry Philippe, according to a lot of scientists, keeping the average temperature to 2 degrees Celsius is pretty much impossible.

Here’s what scientists who I trust have to say:

The International Energy Agency (IEA) said in June that, if governments do not strengthen policies dramatically, the world would be on a path to an average temperature increase of 2.6C by 2100 and 3.5C after 2200. Yes, this would be catastrophic.

And here we are, poorly informed Canadians, going on with our lives pretty much as usual because — as I have shown here — our environmental groups, politicians, media, and our corporations, will not tell us a) how serious a problem we face, and b) what can an ordinary person do to make a meaningful difference?

It’s impossible to say how massive an effort would be required to keep temperature increases to levels that will allow us to continue living pretty much as we do now. We can only guess.

Dr. Matania Ginosar, a prominent California environmental scientist, says that “only a global effort larger than WWII may be able to save the Earth’s environment from destruction. . . .”

In Paris in December, enormous pressure will be put on many of the 196 countries taking part in the much-anticipated United Nations Conference on Climate Change (COP21). They will try to come up with some sort of agreement that will allow an orchestrated attack on greenhouse gas emissions starting in 2020.

One serious problem with the UN meetings has been that powerful corporations have used their influence and money to move into a powerful position in the process. So far they have helped prevent the kind of progress required.

In one major way, the Paris Summit is already a failure even before it begins. UN officials involved with the talks are already saying that whatever is accomplished in Paris alone, it will not hold global warming to less than 2 Celsius.

Reflecting back, given the seriousness of the crisis as it is now being described internationally, it is difficult to understand how Toronto’s protests and climate talks were allowed to be so meaningless. These weaknesses, plus deplorable reporting by mainstream media, are responsible for millions of Canadians being poorly informed and not taking the threat of potentially disastrous climate change seriously.