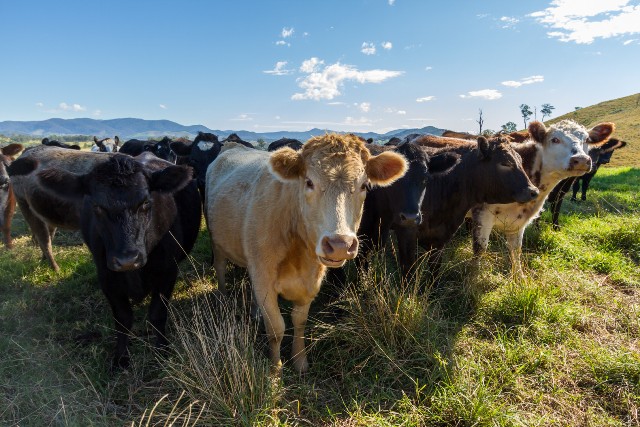 What is the most sensible diet in today’s climate-conscious world? What is the healthiest diet? Most health experts recommend lower meat consumption. Environmentalists would have us all eat less meat and save the planet. The following article by David Suzuki (with contributions from Ian Hanington, Senior Editor, David Suzuki Foundation) highlights the complex relationship of food consumption and climate change. (Rolly Montpellier~Managing Editor for BoomerWarrior).

Eat Less Meat and Save the Planet

Will vegans save the world? Reading comments under climate change articles or watching the film Cowspiracy make it seem they’re the only ones who can. Cowspiracy boldly claims veganism is “the only way to sustainably and ethically live on this planet.” But, as with most issues, it’s complicated.

It’s true, though, that the environment and climate would benefit substantially if more people gave up or at least cut down on meat and animal products, especially in over-consuming Western societies. Animal agriculture produces huge amounts of greenhouse gas emissions, consumes massive volumes of water and causes a lot of pollution.

But getting a handle on the extent of environmental harm, as well as the differences between various agricultural methods and types of livestock, and balancing that with possible benefits of animal consumption and agriculture isn’t simple.

Estimates of how much animal agriculture adds to greenhouse gases range widely, from about 14 to more than 50 per cent of total global emissions. Agriculture exacerbates climate change in a number of ways. Clearing carbon sinks such as forests to grow or raise food can result in net greenhouse gas increases. Farming, especially on an industrial scale, also requires fossil fuel–burning machinery, as does processing and transporting agricultural products.

Determining the overall contribution is complicated by the fact that livestock agriculture accounts for about nine per cent of human-caused CO2 emissions but far greater amounts of other greenhouse gases, which are worse in many ways but less dangerous in others.

According to the UN Food and Agriculture Organization, livestock farming produces 65 per cent of human-related nitrous oxide, which has 296 times the global warming potential as CO2. It also contributes “37 per cent of all human-induced methane (23 times as warming as CO2), which is largely produced by the digestive system of ruminants, and 64 per cent of ammonia, which contributes significantly to acid rain.” But methane stays in the atmosphere for about 12 years, and nitrous oxide for about 114, while CO2 remains for thousands of years.

Emissions also vary by livestock. Pigs and poultry contribute about 10 per cent of global agricultural emissions but provide three times as much meat as cattle — which are responsible for about 40 per cent of emissions — and use less feed. Some plant agriculture also causes global warming. Wetland rice cultivation produces methane and nitrous oxide emissions, the latter because of nitrogen fertilizer use. Different agricultural methods also have varying effects on climate. And some people, such as the Inuit, have adapted to meat-based diets because fresh produce is scarce — and flying it in causes more emissions than hunting and eating game.

The bottom line is that cutting down on or eliminating meat and other animal products from our diets is necessary for protecting humanity from runaway climate change — and from many other environmental consequences, including water scarcity, degraded ecosystems and pollution of waterways and oceans. The FAO reports that global demand for livestock products could increase 70 per cent by 2050 if nothing is done to slow consumption.

Worldwide meat-consumption rates show there’s room to cut down in industrialized countries, where the average person consumed 95.7 kilograms in 2015, compared to the 41.3-kilogram global average, and 31.6 in developing countries. People in South Asia eat less meat than anyone, at about 7.6 kilograms in 2015.

A study by scientists at the U.K.’s Oxford Martin School found global agriculture-related emissions could be cut by a third by 2050 if people followed simple health guidelines on meat consumption, by 63 per cent with widespread adoption of a vegetarian diet and 70 per cent with vegan. The authors found adopting healthier diets with less meat and animal products could also reduce global health-care costs by $1 billion a year by 2050.

Although switching to better agricultural methods and encouraging local consumption could also reduce emissions, those are topics for another column. In the meantime, we can do our part by at least cutting down on meat, especially red meat, or by taking the more significant step of adhering to a vegetarian or vegan diet.

Perhaps the best dietary advice for our own health and the planet’s is from food writer Michael Pollan: “Eat food, not too much, mostly plants.”

So let’s get out there and eat less meat.