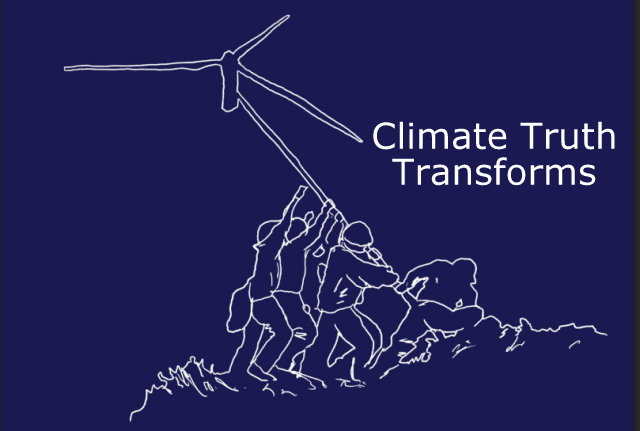 Once you know the truth about something, you can no longer ignore it. Truth transforms. And climate truth will transform you. When you accept the science of climate change and the dire consequences of inaction, you will be compelled to act.

Margaret Salamon Klein is a clinical psychologist turned climate activist. She describes herself as “a human attempting to live in climate truth and avert the worst catastrophe humanity has ever faced.” She is the co-founder of The Climate Mobilization, a social and political platform for action on climate change.

Her influential writing has been featured on BoomerWarrior many times. I am extremely pleased to present her latest Illustrated Version of The Transformative Power of Climate Truth.

This version is updated to reflect recent events in The Climate Mobilization and in the climate movement more generally. The main addition is the description of the recent formation of a new segment of the climate movement, call it the “Mobilization Coalition”—a group of scientists, activists, and religious and community leaders—who are calling for emergency climate action.

I am very proud and excited to say that this essay has helped incite transformation in some readers, helping them become more engaged, more active, more urgent, and more committed to the need for emergency mobilization.  (Source: Margaret Salamon Klein).

My hope is that this beautiful formatting will draw more readers to this essay, and further spread these personal and political transformations! So please help by sharing with those you care about and respect. (Source: Margaret Salamon Klein).

Margaret Klein Salamon is a therapist turned advocate. She is the co-founder of The Climate Mobilization and the creator of The Climate Psychologist. She earned her doctorate in clinical psychology from Adelphi University and also holds a BA in Social Anthropology from Harvard.