Below 2C
Home Socio-Politico Canada Can The Provinces Be Canada's Climate Leaders? 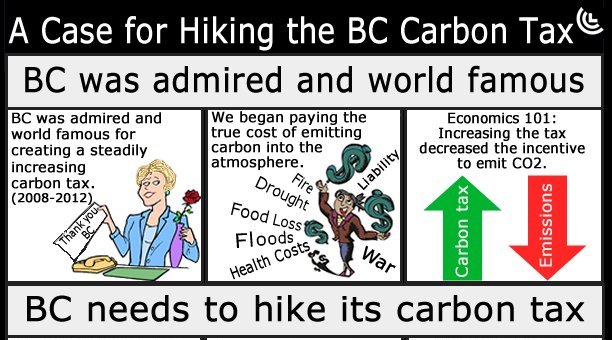 ‘Can the provinces be Canada’s climate leaders’ is a question I’ve often asked myself. During the decade preceding the October 2015 election of Justin Trudeau and his Liberals, Canadians lived through a veritable climate action drought, a climate leadership void. As a result, the Harper years saw several provinces try to take the lead on climate. So in some ways my question was answered. But not entirely.

I applaud the Trudeau government’s determination to move forward aggressively with a national climate plan and a national carbon pricing strategy. Trudeau is asking the provinces to be collaborative partners in what he refers to as a “daunting challenge”. But several provinces have been more obstructionist than collaborative. And some provincial premiers lack the vision required to be strong climate leaders preferring to focus more narrowly on their own parochial agenda.

“Alberta is a world leader in the fight against climate change,” says Environment Minister Shannon Phillips. But Premier Notley’s Climate Plan is more about promoting the Tar Sands, creating jobs and building pipelines than it is about reducing emissions. The carbon tax will start at $20 per ton in 2017 and rise to $30 per ton in 2018. The net effect is that emissions will not drop until 2030.

And just recently (August 19th), BC Premier Christie Clarke released the province’s Climate Leadership Plan. Not only is it lacking leadership but it can better be described as a standing-still plan. The futility of this climate plan is only surpassed by Saskatchewan Premier Brad Wall who is still exploring CCS (Carbon Capture and Sequestration) as a way of reducing carbon emissions. Good luck with that Brad.

The world is in global warming overdrive spiraling towards the 2°C threshold.  “Every country in the world should be at battle stations right now“, says the National Observer.

And yet none of the provincial climate action plans includes the magnitude of emissions reductions that will allow Canada to reach its 2030 emissions targets signed into the Paris Agreement. So the answer to my question is clearly NO. If you want to see leadership on climate change in Canada, then don’t look to the provinces.

Now back to BC’s standing-still climate plan which has been tagged as taking cynicism to a new level by Globe and Mail contributor Mark Jaccard. Once celebrated by its stellar leadership on pricing carbon with its Carbon Tax, British Columbia has now stepped back, preferring instead to let others catch up. This has prompted the Citizens’ Climate Lobby (CCL) Canada to issue a strongly worded Media Release (August 24) decrying Premier Clarke’s lacklustre performance as a climate leader.

In October 2015, one of the cornerstone recommendations of British Columbia’s (BC) Climate Leadership Team was that BC increase their celebrated carbon tax which has been frozen at $30 per tonne since 2012 under BC Premiere Christy Clark.

Thus, for many it was disconcerting when Premiere Clark announced on Friday, August 19, 2016, that the BC carbon tax would remain frozen. Frankly, the climate crisis is a lot more urgent than we are discussing publicly in Canada. The hard facts are BC’s current plans and Canada’s targets for cutting carbon emissions are inadequate, July 2016 was the hottest month ever globally, one third of the Great Barrier Reef died this year and the Arctic ice is melting faster than anyone thought possible.

Under former Premier Campbell, British Columbia emerged as Canada’s climate leader with the enactment of a Carbon Tax in 2008. Current Premier Clarke has failed to carry the climate leadership torch forward. It is a missed opportunity to exercise true leadership and provide inspiration for her counterparts in Canada’s other provinces. She has chosen the easy path. This is why we need a national climate plan and national carbon pricing.

BC’s lacklustre carbon pricing policy illustrates why Canada needs a national carbon tax and this was clearly communicated in the opinion piece by BC Environment Minister, Mary Polak, on Sunday: “We know we can achieve more working together with Canada’s provinces, territories and the federal government, while respecting each other’s jurisdictions. We support the adoption of BC’s price on carbon as a national benchmark, and increasing that price together in an effective and affordable way, once others catch up.”

On July 15, 2016, the federal Minister for Environment and Climate Change announced Canada will have a national price of carbon by the end of the year. The federal cabinet was in Sudbury this weekend and they were told year 2 will be a difficult year. It should be a no-brainer for pricing carbon federally though. Nationally, Canada’s lack of federal climate policies from 2008 to 2015 resulted in Canada losing 41% of the global share in clean tech sales.

What Could Have Been

The data is clear from the BC Carbon Tax experience, Canada’s Ecofiscal Commission and Regional Economic Modeling Inc: pricing carbon, if well designed, will create a more sustainable economy. As well, many organizations, media pundits, businesses and civil society groups in Canada support a national price on carbon.

Decarbonizing the Canadian economy to 100% renewable energy by 2050 is 100% possible and it will save us money.  The politicians who can lead Canada to the clean energy economy of tomorrow will make their mark on history and they will need our help.

Cathy Orlando is the national director of Citizens’ Climate Lobby Canada. “Enough with the climate brinkmanship, she says. “BC showed the world that pricing carbon transparently works economically and politically. Opportunity is knocking. It’s time Canada carved out our slice of the global multi-trillion-dollar clean tech industry with a transparent, incrementally rising, national and revenue neutral price on carbon.”

Leadership on the climate must come from the Federal government. The provinces are not Canada’s climate leaders. Prime Minister Trudeau and the Liberals have a strong mandate from the Canadian electorate to do what is right for Canadians. I firmly believe that he will do this, with or without provincial support.