Below 2C
Home Socio-Politico Canada That Pipeline Is Going To Get Built….Not 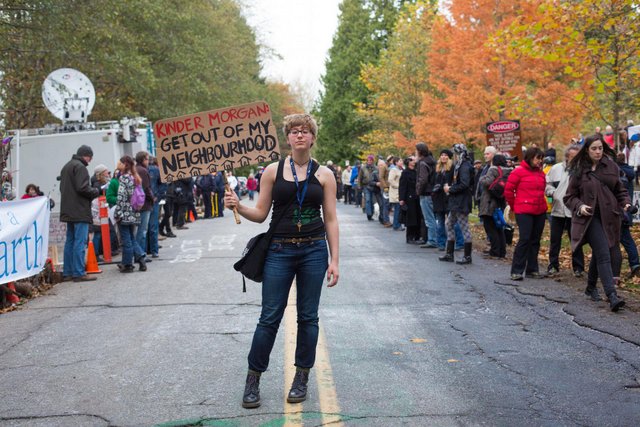 “That pipeline is going to get built,” said a combative Prime Minister Trudeau during a radio interview in Edmonton a few days ago (February 1). His comment was in response to the war of words between the Premiers of Alberta and British Columbia and a B.C. government action intended to stop the construction of the Kinder Morgan pipeline.

Trudeau claims that Kinder Morgan is a key component of his government’s climate policy hinting that the only way he could get agreement on a Canada-wide carbon pricing was to expand oil production.

This is not the first time this Prime Minister has said something that he has had to walk back. The following day, at a raucous town hall meeting in Nanaimo, British Columbia, that same PM said “The only way we can get any of those things is if we do all three of those things together.”

Now, let’s just let that sink in for a few seconds. Trudeau is threatening that the only way he can act on climate and protect the BC coast from oil spills is by expanding  the Kinder Morgan pipeline to transport more bitumen — increasing from 300,000 to 890,000 barrels per day — from the Tar Sands to tankers using the waters off British Columbia.

There’s more. This Prime Minister and his government had also approved other mega fossil-fuel projects which have now faded away from Canada’s energy landscape never to return again. Let’s remember (very briefly) the Lelu Island liquefied natural gas project in British Columbia and the Energy East Pipeline. Both projects bit the dust due to market conditions that rendered them unprofitable and unnecessary. As the political servant of the fossil-fuel industry in Canada, Justin Trudeau has not grasped the idea that the world is moving to a clean energy future while he has his head stuck in the tarsands of Alberta.

The Hypocrisy Is Glaring

The contradictions and the hypocrisy in the Prime Minister’s climate change policy are glaring. As he tries to parade Canada as a global climate leader, he promotes deeply unpopular pipeline projects that will expand tarsands production, adding vast amounts of greenhouse gas emissions to the world’s already overextended carbon budget. Trudeau would have us believe we can reduce emissions by imposing a federal carbon tax while increasing emissions by supporting fossil fuel expansion. This is a deeply disturbing logic that has Trumpian undertones.

The Liberal public relations machine makes Orwellian double-speak seem like normal, intellectual political discourse. “The issue we have is, if we don’t move forward in getting our resources over to markets overseas in safe and secure ways, the rest of the plan no longer holds……We won’t get a national price on carbon and we would never meet our Paris emissions targets,” said Trudeau.

Canadians are beginning to recognize that their Prime Minister and the Liberal cabinet are not climate warriors. In fact, the Liberal government has created its own brand of climate denialism, a more subtle, deceitful and dishonest version than the shameless denial of the Harper era.

Let’s remember that Trudeau once derided Stephen Harper’s carbon emission reduction goals as grossly inadequate. But once elected in 2015, he and his government carried the same inadequate  goals to the Paris Agreement talks. But even those weak goals will not be met — this government never even mentions the 2020 targets Canada is supposed to be meeting because with the recent expansions of the tar sands our national emissions are still going in the wrong direction.

The karma of political deception can be quite cruel. “The Kinder Morgan pipeline is not a danger to the B.C. coast,” said Trudeau. But as the Kinder Morgan controversy surges to new heights, a barge has sunk in Howe Sound spilling diesel into the ocean. This was a small spill but it serves as a reminder that any spill can have disastrous consequences for coastlines fertile with ocean wildlife.

Michael Lowry, communications manager for West Canada Marine Response Corp., said that this type of spill is not uncommon: “we get called out to spills of this size and nature on average 20 times a year.”

Prime Minister Trudeau will come to regret saying “that pipeline will be built” because if we are to have any chance of turning the corner on climate change in Canada, it must not.