Public opinion on climate change and the need to protect our environment is shifting and politicians who ignore this issue do so at their own peril. There is a political risk with falling short on climate and the environment during elections. Most politicians are aware of this, but not all.

Climate and the Political Risk 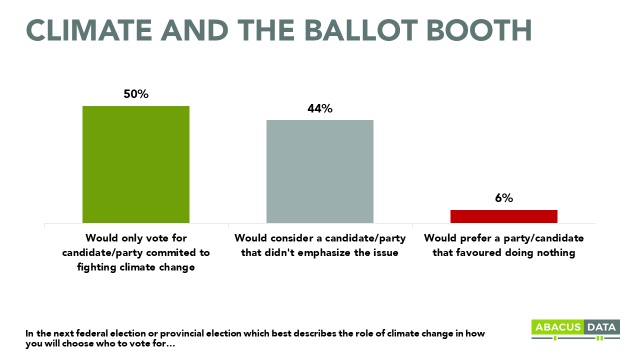 On March 5, Citizens’ Climate Lobby (CCL) sent a survey to the four major political parties in Ontario regarding their climate change policies. At the time of posting this piece, 3 of the 4 parties have responded to the survey: the Liberal Party of Ontario, the Green Party of Ontario and the New Democratic Party. And with less than two weeks left in the election campaign, the Progressive Conservative Party of Ontario has failed to respond to the CCL survey.

CCL has already shared the answers from the survey with the Ontario public via press releases to media outlets. It has also compiled a comparative table highlighting political party responses. These have been edited for brevity but not content. 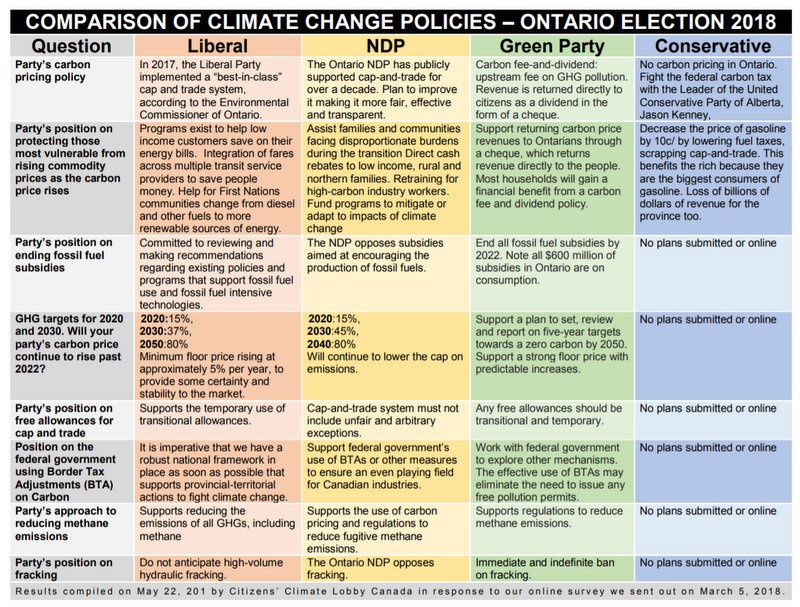 The governing Liberal Party as well as the New Democratic and Green parties have submitted detailed answers to the environment/climate questions making up the survey. On the other hand, the Progressive Conservatives seem to have little to offer in the way of climate policy, choosing to campaign instead on issues meant to gather votes rather than tackling arguably the most critical issue of our times.

Climate and the Environment will play a significant role in elections across all of Canada in the next 18 months. The Ontario Election of June 7 will be followed by an election in Quebec on October 1, 2018. Albertans will go to the polls in May of 2019. And the next federal election is scheduled for October of 2019.

If you share my deep concern about our warming planet, climate change and the future of our children and grandchildren, then you will make sure to vote for the party that has a strong climate and environmental platform. If you agree with me that humans are causing climate change, then you will vote for the party that has an aggressive carbon pricing strategy that will allow us to reduce our greenhouse gas emissions.

Please cast your vote for an environmentally secure future.

We had better understand what is happening and make up our minds about it before it makes up our minds for us. ~ Yuval Noah Harari