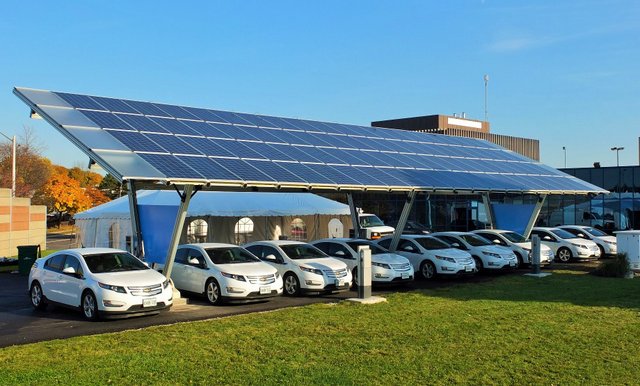 As the world slowly transitions to a clean energy future, one of the major concerns we keep hearing about is the loss of jobs in the fossil fuel sector. President Trump was elected on the promise of restoring fossil fuel jobs. Even Prime Minister Trudeau claims that the Kinder Morgan bailout will produce high-paying jobs for Canadians. But the facts simply do not back them up. It is easier, faster and more economical to create jobs from energy efficiency programs than from fossil fuel projects, not to mention the added benefit of reducing greenhouse gas emissions.

The fact is that energy efficiency, by itself, creates more jobs than all fossil fuels – coal, oil and gas. And still the potential of job creation from using energy more efficiently remains largely untapped.

But it turns out that developing and installing the technology to reduce fossil fuel use — known in the industry as “energy efficiency” — creates many more jobs than fossil fuels ~  Basav Sen, Truthout Economy & Labor

In the United States, energy efficiency jobs totaled 2.18 million in 2016. This is “more than double the total of fossil fuel production and fossil-fuel based electricity generation combined… growing at a much faster rate… much cheaper to create,” according to Basav Sen. From 2015 to 2016, the growth rate in “advanced and recycled building materials” and “Energy Star appliances” exceeded 50%. He adds that “every $1 million invested in energy efficiency creates 12 jobs, compared to just 4 or 5 for fossil fuel jobs.”

As new technology and information become more available, the potential for energy efficiency job growth is enormous. The benefits of energy efficiency in the fields of transportation, industry, housing, building and heating are becoming available to all Canadians. The end result will be lower energy costs and less greenhouse gas emissions.

For example, Natural Resources Canada provides useful information on the use of personal vehicles such as fuel consumption ratings, driver behaviour and fuel consumption guides with videos and fact sheets on “vehicle emissions, fuel efficiency and fuel-saving technologies.”

In spite of the enormous potential of promoting energy efficiency, the federal government of both Canada and the US continue to lag behind. Under Trump, the US is pursuing the fantasy of restoring coal to its glory days. Bailing out coal is being driven by coal billionaires who drop hundreds of millions each year in campaign donations and lobbying government.

Meanwhile in Canada, Prime Minister Trudeau continues to entertain the illusion that his government can be both a climate leader and the proud owner of Kinder Morgan’s Trans Mountain pipeline. The protests over the purchase of the pipeline are ongoing as the Trudeau government tries to put the final touches on the deal. The price tag for the purchase could be as high as $20 billion of public money. Millions of Canadians argue that taxpayer dollars should be used instead to drive the transition to a clean energy future that will create hundreds of thousands of jobs for the next generations.