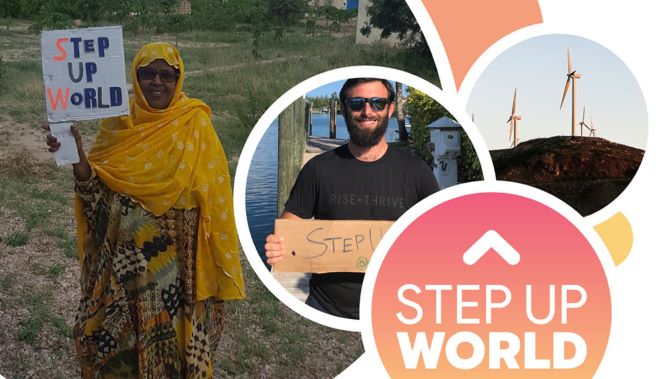 The timeline for climate action is compressing. There are only 11 years and 3 months and 12 days before the start of 2030, the target date set in the Paris Agreement for signatories to reach their emission-targets. And yet as the deadline nears, most countries, including Canada and the US, are surprisingly showing but lukewarm climate ambition. Still there are some convincing steps and some compelling actions to mull over on climate.

The following quote from the Global Climate Action Summit website provides the backdrop to the rising climate concerns we’re witnessing around the world. The summit held last week in San Francisco provided a “launchpad for deeper worldwide commitments and accelerated action” to push down global emissions by 2020 in compliance with the Paris Agreement. Below2°C co-founder Ken Johnson was in attendance.

The decarbonization of the global economy is in sight. Transformational changes are happening across the world and across all sectors as a result of technological innovation, new and creative policies and political will at all levels.

A group of some 400 prominent investment firms controlling more than $30trillion in assets have committed to step up action on climate change and support the emission-reduction goals of the Paris Agreement. The group’s campaign also looks to put pressure on President Trump to not pull out of the accord. The group has launched an Investor Agenda which “support[s] the Paris Agreement and the need for the world to transition to a lower carbon economy consistent with a goal of keeping the increase in global average temperature to well below 2° Celsius above pre-industrial levels.” (Source: Group Statement).

Unlike the US government, which is withdrawing from the Paris accord and undergoing a full-out attack on its Environmental Protection Agency, New Zealand has become a shining example of what can be accomplished when politicians put the interests of the planet ahead their own personal interests.

In 2016 a cross-party group of 35 members created Globe-NZ which led to the Net zero in New Zealand: Scenarios to achieve domestic emissions neutrality in the second half of the century report. The report followed a two-year program of workshops, meetings, presentations and consultations to obtain broad country-wide buy-in from a wide array of constituents. Politicians from the entire spectrum backed the report which led the climate change Minister to remark that “they have entered an alternate universe… having a debate where we all kind of agree with each other on a cross-party piece of work”. The next step is the passage of a Zero Carbon Bill.

Politicians can provide leadership by shaping consensus and crafting solutions to our climate woes. Perhaps it’s time for Canada’s political leaders to take a page out of the New Zealand climate book.

The cities of London and New York are challenging other cities to join them with the divestment of their pension funds and other assets from fossil fuels. In a joint Op-ed featured in The Guardian, mayors Bill de Blasio (New York) and Sadiq Khan (London) are “calling on other cities to stand with us to divest their assets from fossil fuel companies.”

As members of the C40 Climate Leadership Group, London and New York will lead the Cities Divest/Invest forum, a global network that will “advocate for action on divestment and green investment.”

Both cities are also stepping up their green investments. New York has “increased its solar-energy capacity six-fold since 2013 and is investing $2.7bn in energy-efficiency projects that save residents money and cut emissions. City government now has more than 1,200 electric vehicles and 500 charging stations,” say de Blasio and Khan in their opinion piece. They want to “send a clear message to the fossil fuel industry: change your ways now and join us in tackling climate change.”

At the start of the Global Climate Action Summit, California Governor Jerry Brown made a stunning announcement by signing executive order B-55-18 committing his state to full economy-wide carbon neutrality by 2045. “This is the holy grail of climate policy: a large, modern economy getting to zero net carbon…the most significant carbon policy commitment ever. Anywhere. Period,” writes David Roberts in his recent Vox article. California is the world’s fifth largest economy.

Although Executive Orders are not legally binding and could easily be reversed by a future Governor folding under pressure from the fossils, they do set down a marker for climate and energy policy going forward. Previous orders issued by Governor Arnold Schwarzenegger (2005) and Governor Brown (2015) served as rallying points that established the progressive climate policymaking that makes California the leading climate policy jurisdiction in the world.

A ship has left San Francisco for a 1200-nautical mile mission to begin the cleanup of the Great Pacific Garbage Patch. The goal is to remove 50% of the estimated 80,000 tonnes of plastic (in the next 5 years) which has been accumulating in the patch since the 1960s. The Ocean Cleanup project was founded in 2013.

The Ocean Cleanup
Published on Mar 22, 2018
The Great Pacific Garbage Patch is the largest accumulation of ocean plastic in the world and is located between Hawaii and California. Scientists of The Ocean Cleanup Foundation have conducted the most extensive analysis ever of this area.

France has become the first country to ban all uses of neonicotinoid pesticides in an effort to protect its declining bee population. A study by the Intergovernmental Science-Policy Platform on Biodiversity and Ecosystem Services (IPBES) reports that at least 75% of the world’s crops rely on pollination by some 20,000 species of wild bees. In addition to food crops, bees and other pollinators also contribute to crops used in animal foods, biofuels and  fibers.