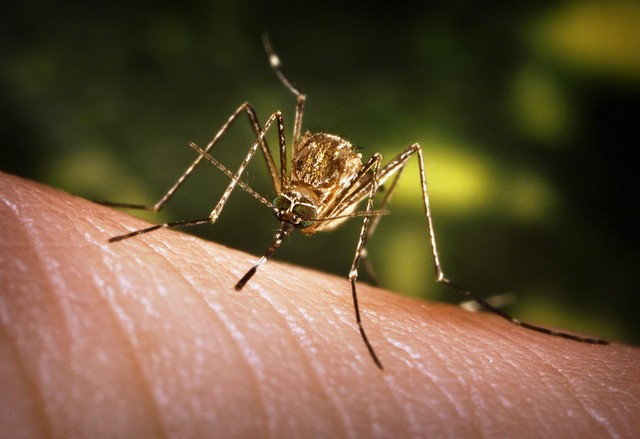 Driven by the burning of fossil fuels like coal and oil, our world is getting warmer and warmer – and real people’s lives are in danger. But not just from the searing heat, violent storms, and rising seas most think of first when the conversation turns to our changing climate. (This article is sourced from The Climate Reality Project fact sheet for Fossil Fuels and Health ~ Below2C editor).

The Climate Crisis Is Making Us Sick

Infectious diseases are becoming more prolific in our warming world. And the insidious spread of some illnesses and the uptick in dangerous diagnoses has much to do with climate change.

“Humans have known that climatic conditions affect epidemic diseases from long before the role of infectious agents was [even] discovered,” the World Health Organization (WHO) writes. “Vectors, pathogens, and hosts each survive and reproduce within a range of optimal climatic conditions. temperature and precipitation are the most important, while sea level elevation, wind, and daylight duration are also important.”

But those conditions are changing, introducing new illness to places they never previously existed and creating the conditions for harmful pathogens to flourish.

Broadly, there are two major groups into which climate change-related infectious diseases can be categorized: vector-borne and water-related.

WATER-RELATED ILLNESSES are caused by waterborne pathogens like bacteria, viruses, and protozoa; toxins produced by certain harmful algae; and chemicals introduced into the environment by humans (think agricultural runoff). We are exposed to them by ingesting or other direct contact with contaminated water, or by eating affected fish and shellfish. 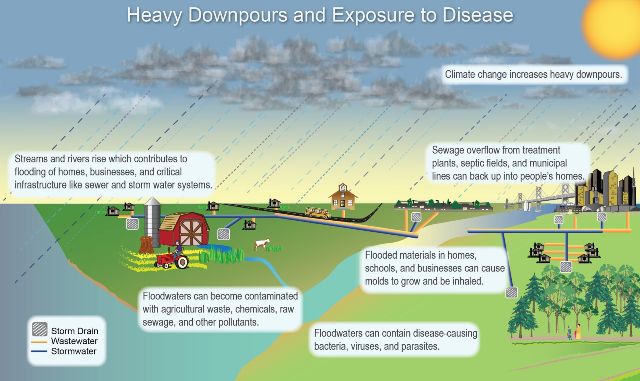 They include: Cholera, typhoid fever, dysentery, and hepatitis A, as well as health problems related to exposure to toxin-producing algae.

VECTOR-BORNE DISEASES are transmitted by “vectors,” typically a biting insect like a mosquito, flea, or parasitic arachnid like a tick. Vectors carry infective pathogens like viruses and bacteria, and transmit diseases or parasites from one animal to another. They include: Lyme disease, malaria, West Nile virus, dengue fever, Zika virus, Rocky Mountain spotted fever, plague and more.

Malaria, a canary in the climate coal mine…“Malaria modelling shows that small temperature increases can greatly affect transmission potential,” according to the WHO. “Globally, temperature increases of 2-3 degrees Celsius would increase the number of people who, in climatic terms, are at risk of malaria by around 3-5 percent, i.e. several hundred million.”

In our warming world, both types of infectious disease may become more widespread. Why?

Conditions That Cause Vectors and Pathogens to Thrive

It’s clear: We must transition away from dangerous, dirty fossil fuels and invest in clean, reliable energy. Renewable energy is good for our climate, our economies, and, very importantly, our health.