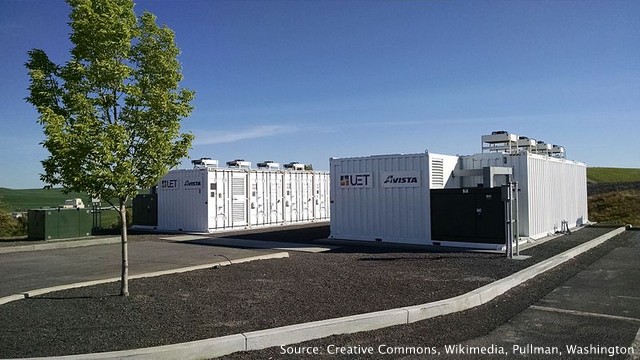 “Batteries are critical for our clean energy future. Luckily, their cost has dropped so low, we might be much closer to this future than we previously thought,” claims Eric Holthaus in his recent Grist article.

Battery technology is improving at an unprecedented rate thereby speeding up the low-carbon energy transition at a much needed time when greenhouse gas emissions continue to spiral upward.

Over the last year, the cost of lithium-ion batteries has fallen by 35 percent, making it much cheaper to store wind and solar power during down times—when the wind is not blowing or the sun is not shining. “This is a major boost to renewables, helping them compete with fossil fuel-generated electrical power, even without subsidies in some places, according to a new Bloomberg New Energy Finance report,” writes Eric Holthaus. The new prices are huge improvements, far surpassing the anticipated breakthrough moment for batteries which was only expected to occur a few years from now, according to Bloomberg NEF.

Around the globe, we are seeing the building of massive coupled solar-plus-storage projects. The Florida project is only one of many being planned around the world. The implications for the residential energy market are enormous. A report by Wood MacKenzie shows that by 2023, over 55 percent of annual energy storage deployments will be in combination with solar power, making this type of hybrid energy system increasingly common. And this trend is expected to accelerate and dominate the residential electricity market within a few years.

Cheap batteries also have staggering implications for electric vehicles. In 2010, average battery pack prices for an EV were $1000/kWh. Average prices are now as low as $209/kWh—a drop of 79%. As a result of both the lower prices and improved performance of batteries, the demand for EVs is soaring.

Governments around the globe are offering EV purchase incentives and some countries have gone as far as announcing a ban on combustion-engine vehicles. Plus automakers such as Daimler, Volvo, Nissan, Mercedes and others are making plans to electrify their fleet of vehicles within the next decade.

Consequently, we are now nearing a breakthrough point where EVs will quickly replace gas vehicles. This will happen in less than 5 years and “not a moment too soon” claims Holthaus. As electric vehicles become cheaper to own and operate than our combustion-driven vehicles, the collapse of the fossil fuel industry is on the horizon.

When Fossils Switch to Renewables

In addition to policy breakthroughs and technological innovations, there are some encouraging signs that even the fossil fuel industry is edging its bets by introducing renewables into its energy mix. Leading the way is Norway’s $1tn oil fund, the largest sovereign wealth fund in the world, which is diverting billions into solar and wind energy. This follows a previous announcement that the wealth fund is divesting its investments in 134 oil and gas exploration companies, a value of nearly $8bn.

An energy transition has begun. And it will continue to roll out at a rapidly accelerating pace during the next decades. Embracing the shift to clean energy will revolutionize the way we live, the way we work and the way we play. It will change humanity.

You don’t know what’s possible until you see it. ~ Amanda LIndhout