Below 2C
Home Climate Climate Emergency The Climate Crisis: This Is Not Something You Can Just Like On... 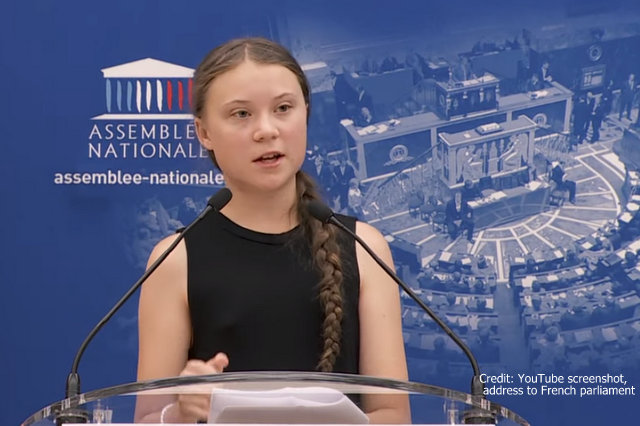 Greta Thunberg and I don’t have much in common. She’s a young female climate action phenomenon. I’m an aging boomer who is trying to correct the environmental mess my generation allowed to happen. With her climate activism she has inspired millions around the world to follow her in a global Fridays For Future climate movement. She has addressed the United Nations, COP24, the British, EU, French and Irish Parliaments, Davos. She will be speaking at the UN climate talks on September 20.

But we do have three things in common:

“This is above all an emergency, and not just any emergency. This is the biggest crisis humanity has ever faced. This is not something you can “like” on Facebook, says Greta.

“This is not something you can like on facebook.”
Here’s a small part of my speech at the Austrian World Summit in Vienna yesterday. Full speech (without German dubbing) here:https://t.co/fPLC9gnsE2#R20AWS #ClimateBreakdown pic.twitter.com/o3P6GpazIx

Public Opinion is Turning Against Fossils

You know you’re on the right track when OPEC secretary-general Mohammed Barkindo recently complained that “growing mass mobilisation of world opinion” against the fossil fuels had become “perhaps the greatest threat to our industry going forward”. Greta has called the “greatest threat” label our biggest compliment yet. “They see us as a threat because we’re having an impact,” she said.

In The Big Stall – How Big Oil and Think Tanks are Blocking action on Climate Change in Canada, Donald Gutstein (author) quotes The Globe and Mail’s Jeffrey Simpson who asked in 2007 “if the jig was finally up for the Canadian fossil fuel industry’s long campaign of denial and delay against climate change.” And now twelve years later we know that the jig was not up. In fact, Big Oil continues to sabotage climate action at every opportunity. Bloomberg reports that “major oil companies have influenced international accords for decades…Fuel trade associations have sent more than 6,400 delegates to climate talks since 1995.”

But now in 2019, a new generation of youth activists is poised to push Big Oil obstructionism out of the way in their relentless drive to save their future—something adults cannot or will not do.

The Youth Climate Movement is Getting Stronger

Youth all around the world is waking up to their political power. The tide of students striking for climate globally points to a new generation of climate politicians who will not be compromised or hindered by the tentacles of Big Oil and the corporate world. They are the first generation to face an existential threat from a rapidly warming planet. It is do or die for them.

“We will never stop,” said Greta in Berlin recently at a Fridays for Future rally of over one thousand students and young activists. Since she began striking for the climate, less than a year ago, hundreds of thousands have skipped school to protest the inadequate response by adults to the threat of climate change. The global climate strike of March 15 saw over 1.6 million people in 1,600 cities in some 130 countries protest for prompt climate action.

While in France to address the French parliament, Greta was mocked as the “Justin Bieber of ecology” by right-wing conservatives who denounced her presence. Her response was quick and pointed. “You don’t have to listen to us. But you do have to listen to the science … and that is all we ask, to unite behind the science…We become the bad guys who have to tell people these uncomfortable things because no one else wants to, or dares to,” said Thunberg,

Everywhere around the globe, young people are sacrificing their education to save their future and to protest against the destruction of the world by current leadership. The next global climate strike is planned for September 20.

Alongside Fridays For Future, the Extinction Rebellion climate action network has also spread worldwide. Its goal is to force governments to “tell the truth by declaring a climate and ecological emergency.”

These new movements have moral power. They have a moral argument on their side. It is hard to argue with youth fighting to save their future. The emotional strength of children fearing for their future cannot be ignored by members of the ruling class, adults with children and grandchildren of their own. Whereas too many adults are stuck in the past and preserving the status quo, young activists are undeviating, hell-bent on saving their future. There is no compromise.

Some people can just let things go, but I can’t. Greta Thunberg

Greta On Climate: Is My Microphone On, Can You Hear Me?
Sorry This Is Inconvenient For You Greta Thunberg Tells Adults