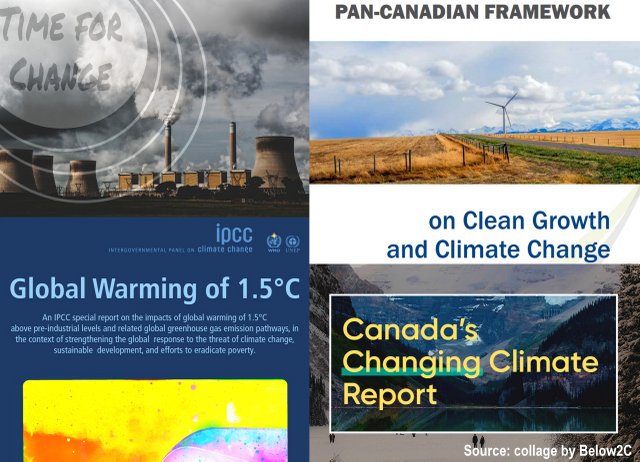 During the election campaign, all parties—with the exception of the Conservatives—promised many new climate change measures, including legally binding targets that get Canada to net-zero carbon emissions by 2050. Exit polls showed that Canadians want and expect a more ambitious climate agenda. We need climate crisis legislation. Because we’re in a climate crisis!

The following article is sourced primarily from the Climate Network Canada letter to the Prime Minister of Canada and the Media Advisory issued by representatives from Climate Action Network Canada, Unifor, LeadNow, 350.org/Our Time, and Greenpeace Canada.

“Voters have been clear with this election that they won’t elect leaders or parties who ignore the climate emergency. The Liberals, NDP, Greens and Bloc all committed to immediately ramping up Canada’s climate commitments, putting measures in place to make sure we fulfil those commitments, starting a real conversation about economic diversification and good, clean jobs, and implementing climate solutions that touch peoples’ everyday lives. To those leaders whose climate credentials helped put you in power: we will not accept you backing down now. Maintaining your credibility means immediately implementing fair, ambitious climate policies and solutions.”
Catherine Abreu, Executive Director, Climate Action Network Canada.

Following on the heels of Canada’s first climate election, social justice and environmental movement organizers issued a strongly worded media advisory pointing out that the our political parties have a clear “shared climate mandate” to deliver “ambitious climate policies”. The groups are calling on the new minority government to enact an aggressive agenda of climate crisis legislation that matches the scope and severity of the global climate emergency.

A survey conducted immediately after the recent election by Pollara Strategic Insights for Clean Energy Canada shows that “the desire for stronger action is popular across party lines. “Two-thirds (67%) of voters want the new Liberal government to either “enact the climate change policies they campaigned on” or to “enact stronger climate change policies than they campaigned on (37%)—to do more at a faster pace. The survey showed that climate had become the top campaign issue.

On a party-to-party basis, 90% of Liberal voters, 90% of Greens, 88% of Bloc voters and  86% of NDPers want bolder and faster climate action. Disappointedly, a dismal 31% of Conservative voters support a stronger climate action agenda.

The world has one decade—121 months to be exact—to limit the warming of the planet to less than 2 degrees Celsius called for in the Paris Agreement. The IPCC Special Report on Global Warming of 1.5°C shows that a global transformation is required to avert the catastrophic effects of rampant climate change. The age of half-measures on climate is over.

Climate Action Network Canada (CAN) and its members are counting on the next government to act as if we have a climate crisis. Because we do. CAN is asking government to act immediately on five key priorities:

Following is a condensed summary of selective materials for the purpose of this piece. Some of it is directly quoted and/or paraphrased or summarized. You can read the entire mandate letter here.

1. Science-backed climate targets that limit warming to 1.5°C this century

We know that Canada’s current Paris emissions reduction goal—a 30% reduction in emissions over 2005 levels by 2030—is woefully inadequate. The Liberal commitment of getting to net zero emissions by 2050 is not possible on the current emissions-reduction path. Climate Action Network’s latest calculations indicate that Canada’s target would have to double to at least 60% by 2030 to have any hope of getting to zero by 2050.

“We expect the Government of Canada to be accountable to scientifically rigorous and socially just climate action and environmental stewardship. Legislated science-based climate targets must be backed by mechanisms that keep governments accountable and on track to meet those targets.” Climate Action Network

Examples of election commitments that can be the basis of future legislation include  legally-binding five-year milestones, based on science, aimed at net-zero emissions by 2050; the appointment of a group of scientists, economists, and experts to recommend the best path to get to net-zero in 2050 and to exceed Canada’s 2030 emissions goal by introducing new carbon reducing measures.

“Canada must immediately begin to set in motion the steps necessary to shift our economy and our society from reliance on fossil fuels, to a future based on clean jobs, justice, health, and opportunity for all Canadians.” Climate Action Network

The Liberals made significant campaign commitments to help workers transition to the clean economy by moving forward with the Canada Training Benefit, the Canadian Apprenticeship Service, the creation of 3,500 seasonal jobs in annual tree planting and the investing of $100 million in skills training for qualified workers to meet the increasing demand for energy audits, retrofits and the net-zero industry.

“The  Government of Canada must stop using public funds to support oil and gas companies, and ensure energy infrastructure projects are consistent with the goal of mid-century decarbonization. We must redirect public investment into the foundations of the future economy and society by supporting research, development and deployment of renewable energy solutions.” Climate Action Network

“Indigenous peoples are on the frontlines of climate action, embodying the deepest and most well- informed expertise about Canada’s lands and waters, while serving as proven expert stewards of rich biodiversity.” CAN

It is no longer possible to look the other way in the face of accelerating climate change, both globally and in our own country. Half measures and tentative solutions are penalizing future generations—our children and grandchildren. The “environment and the economy go together” climate strategy practiced by the Liberal government during its first term is failing Canadians.

The path forward for the next minority government is clear. The severity and the scope of the climate problem requires an all-hands-on-deck approach. Climate is too important to be left to political games and competing power plays. We have a climate crisis. It’s time to act like it.