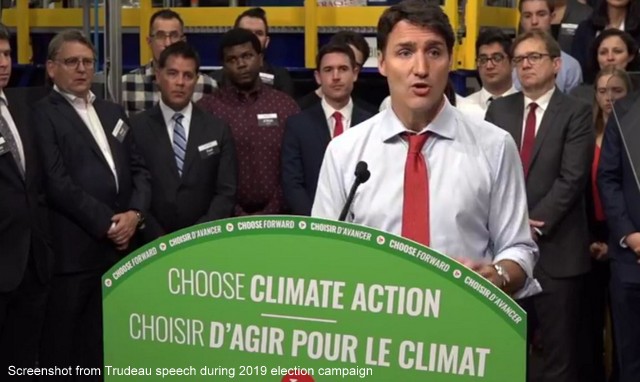 Prime Minister Justin Trudeau and his Ministers are meeting soon to decide what the pandemic recovery will look like. Their decisions will shape Canada for decades to come. We need to build back better by tackling economic inequality and racial injustice. But more importantly we need to invest in bold climate action. Canada’s Green Recovery needs more climate ambition. If we don’t get climate right, nothing else matters. (Editorial comment) 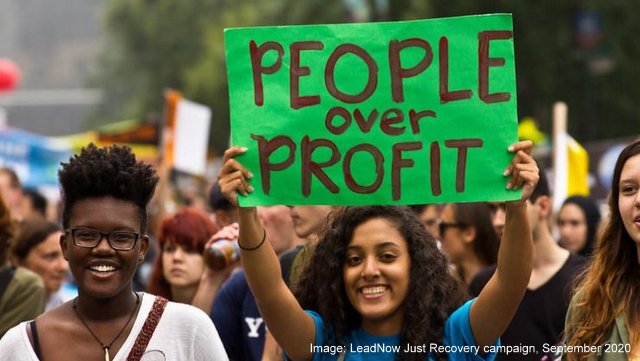 The following article by Mitchel Beer was previously published in The Energy Mix.

Last Chance to Get the Climate Right

Old habits are hard to break. Addictions are the toughest of all.

So when Prime Minister Justin Trudeau travelled to Houston in March 2017 and declared fealty to a fossil fuel industry already entering its sunset years, he showed it was bound to be a long, hard climb back to more sober-minded policy-making.

“No country would find 173 billion barrels of oil in the ground and just leave them there. The resource will be developed. Our job is to ensure this is done responsibly, safely and sustainably.”

The question for Finance Minister Chrystia Freeland as she settles into her new cabinet portfolio is whether that statement still rings true in the context of a global health emergency, an accelerating climate crisis, a mounting wave of fossil fuel divestment and stranded assets, and the meteoric rise of clean energy alternatives.

Nearly 3½ years since Trudeau’s speech, the world has changed. Canada, for the most part, has not. But now time is running out for the federal government to get this particular monkey off its back while the new, post-carbon economy takes shape, around the world and in real time. With Canadian jobs, prosperity and innovation hanging in the balance, a new finance minister and the return home of the world’s most respected central banker may add up to the country’s last, best chance to avert the devastation that would result from missing this opportunity.

It isn’t as though Ottawa was taken by surprise. By the time Trudeau spoke in Houston, the early signs of the fossil industry’s now-accelerating collapse were in plain sight. Oil prices had been below historic levels since 2014, with some traders predicting 10 years of poor markets as far back as 2016. Fossil fuel divestment was gaining momentum. Renewable energy investment was rising as technology prices began to plummet, and analysts had already long suspected that electric vehicles would soon be cheaper to own and operate than the internal combustion variety—with dire consequences for the industry that supplies the raw material for gasoline.

Those milestones leave Canada as one of the last Western democracies with no coherent plan to cut ties with the industries that brought us a mounting global climate emergency. It’s a position that is helping to shatter Alberta’s fossil fuel-dependent economy, as oil and gas investment declines and jobs evaporate. It will cost Canadians millions of well-paid jobs in every part of the country, as a rapid transition away from carbon picks up speed just about everywhere else.

“If we’re caught flat-footed by a Biden victory, we may watch as entire sectors of our growing clean energy and cleantech sectors pack up and move to greener pastures in the U.S.,” Environmental Defence Executive Director Tim Gray warned in an early August blog post. “Or they may just wither as they fail to secure the government support needed to commercialize innovations.”

But you wouldn’t know it to listen to Natural Resources Minister Seamus O’Regan. In mid-August, with divestment announcements swirling and fossil fuel companies themselves declaring billions in stranded assets, O’Regan said Canada’s tar sands/oil sands producers will boost their output over the shorter and longer terms—even as the country scrambles to reduce its greenhouse gas emissions.

“There is no way we are reaching net-zero [greenhouse gas emissions] without Alberta,” O’Regan told the Financial Times, adding that fossil industry investment will be critical to funding the country’s energy transition. “Our prosperity and our economy are still highly dependent on it,” he said. “It is what we do.”

Freeland Hints at a Different Path

Which essentially suggested zero policy movement since Trudeau’s Houston speech, in spite of extensive, meticulous analysis on the massive potential to build back better after the pandemic, in Canada and around the world. No change, that is, right up until Freeland herself hinted at a different path.

To [the] question about decarbonization as part of our economic plan going forward: Of course, it has to be part of it,” she said shortly after she was sworn in. “I think all Canadians understand that the restart of our economy needs to be green. It also needs to be equitable. It needs to be inclusive. And we need to focus very much on jobs and growth.”

Of course, the incoming minister’s remarks would include a strong talking point on a green restart—to coin a phrase, because it’s 2020. How her statement of intent translates into policy and action will depend on how well the government navigates the complications on the road to a green recovery.

Those complications begin at the top. Officials in Freeland’s new department are believed to be skeptical that the country will need green stimulus, or possibly any stimulus at all, after the pandemic. And up to now, the incoming minister had apparently been “less convinced than many other Liberals that climate ambition was a decisive factor in their re-election to government last year,” as Globe and Mail columnist Adam Radwanski wrote in mid-July.

But Canadians themselves are telling a different story. Two different questions in the same national poll in late April showed that, by a 23-point margin, respondents were more likely to support specific green job and recovery measures than a more general call to address climate change through post-pandemic stimulus.

In the main survey by Ipsos Canada, part of a wider omnibus poll covering 14 countries, a solid 61% of Canadians agreed pandemic recovery efforts should prioritize climate action. But a separate question commissioned by campaigners at SumOfUs showed 84% public support for a green recovery plan in response to the pandemic. The lower number was almost precisely the proportion of 2019 voters who supported parties with platforms calling for faster, deeper carbon cuts. The higher one showed that green jobs are a political winner in every part of the country.

A Link Between a Green Recovery and Women Workers

Federal policy-makers are also quite rightly focused on the gendered nature of this recession, Radwanski reported two weeks later. At first glance, that line of thought pulls them farther from a green recovery focused on sectors that have not traditionally employed women in large numbers. But as Tim Gray told me in a mid-August interview, high-tech fields are generally doing better at hiring a more diverse work force than legacy industries like oil and gas.

All of which brings to mind the old line about the number of psychiatrists it takes to change a light bulb: only one, the joke goes, but the light bulb has to want to change. If Ottawa is really interested in stimulating job creation for a diverse work force while simultaneously bringing the country into the new, low-carbon economy, there’s a road map for that.

National advocacy group Efficiency Canada points to energy efficiency trades training as a ticket out of job loss for women caught in the COVID-19 “she-cession.” Much the same case can be made for the full menu of energy and other technologies on the road to a green, just recovery.

“Within the traditional trades sector, the work force is aging, the sector will be in need of new workers, and it’s going to have to have much greater gender diversity if it’s going to continue to function,” said the group’s policy director, Brendan Haley. “If it’s a challenge to try and move toward a more diverse trades community, there’s no time like the present.”

Moreover, “a gender-balanced recovery is not about trying to protect people who were in precarious, service-based employment by putting them back into that precarious situation,” he added. “It’s to provide higher-wage, longer-term, more secure employment,” whether those jobs are in child care, education, or a sector like energy efficiency.

A pivot toward women in trades and STEM would also help focus a green recovery on jobs and industries on the cusp of meteoric growth, in contrast to fossil fuel industries that are “de-manning” (by which, sadly, they do not mean hiring more women) even faster since the pandemic.

So, there’s no obvious reason for Ottawa to choose between two equally worthy policy objectives. But green recovery advocates may still end up winning all the arguments and losing the final decision. With any addiction, clear thought and visionary planning are early casualties. And Canada’s addiction to the fossil fuel economy dates back decades.

That’s why the return of Mark Carney—former governor of the Bank of Canada and the Bank of England, driving force behind the finance sector’s Task Force on Climate-related Financial Disclosures and now United Nations special envoy on climate action and finance—is just the jolt of reality this country needs.

“Trudeau is leaning on the former Goldman Sachs banker as a sounding board for what officials are characterizing as an ambitious economic recovery plan,” Bloomberg News reported earlier this month. “The plan will seek to tackle everything from deficiencies in the social safety net to climate change, infrastructure, and immigration.”

The Bloomberg report, with its mention of climate and infrastructure and its reference to an initial announcement this fall, was the most specific published news on Canada’s green recovery in months.

There is much uncertainty about how Carney’s role will evolve. But the story so far may suggest a government that is considering two of the key steps in addiction recovery: admit you have a problem, and get the help you need. Even if the details have to wait for a September cabinet retreat, and for all the mail-in ballots to be counted in the U.S. election, Ottawa must not foreclose the essential option of making its pandemic and addiction recovery a green one.

Related articles….
The Two Sides to Canada’s Post Pandemic Recovery
To Save Our World, We Must End The Carbon Economy
From the COVID Frying Pan Into the Climate Fire