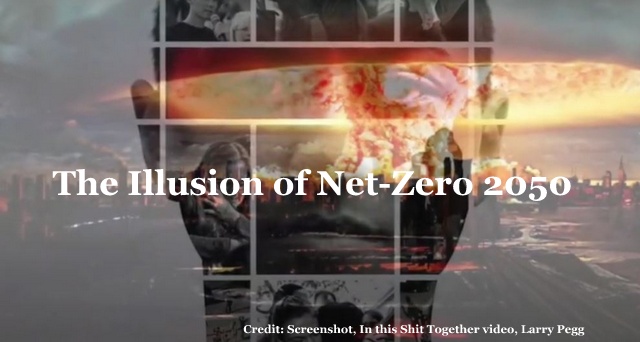 Canada and many jurisdictions around the world have committed to achieve net-zero emissions by 2050 or before. But is the setting of climate targets, decades into the future, not just another spin on climate action—an abdication of the climate leadership that the scope of the challenge requires so desperately?

A Long Way to Net-Zero

The rush to net-zero—the carbon neutrality pledge—is gaining strength as countries ramp up their climate ambition. At the recent virtual Climate Ambition Summit, new major commitments from the United Kingdom and the European Union combined with China’s update of its NDC targets have increased momentum going into 2021. This will also be the year the U.S. Biden-Harris administration rejoins the Paris Agreement in time to play a determining role leading up to the Glasgow COP26 climate summit in November.

While we’re seeing some progress, with an increasing number of countries committing to net-zero, these are just “distant hypothetical targets,” says Greta Thunberg. “When it comes to the immediate action we need, we’re still in a state of complete denial…the gap between what we need to do and what is actually being done is widening by the minute.”

My name is Greta Thunberg and I am inviting you to be a part of the solution.

Popular thinking is that Net-Zero 2050 will solve the climate crisis. Not so according to Climate Home News (CHN). A recent article in CHN exposes 10 myths about carbon neutrality targets and the carbon offsets and unproven technologies that underpin the net-zero concept. “Net-Zero” has a lot of political and emotional appeal but “in practice, however, net zero targets several decades into the future shift our focus away from the immediate and unprecedented emissions reductions needed,” according to the article.

The article (authored by 41 scientists) dispels ten myths about net zero targets and carbon offsetting. You can read the full article here.

“Major and unprecedented reductions in emissions are needed now. Otherwise, our current high emissions will consume the small remaining global carbon budget within just a few years. Net zero targets typically assume that it will be possible to deliver vast amounts of “negative emissions”, meaning removal of carbon dioxide from the atmosphere through storage in vegetation, soils and rocks. However, deployment of the technologies needed for negative emissions at the required scale remains unproven, and should not replace real emissions reductions today.”

“We must stop extracting and using fossil fuels, the primary cause of the climate crisis. As well as real-zero targets, we need an international treaty for the termination of fossil fuel production.”

“We must shift focus from mid-century net-zero targets to immediate, real emissions reductions in our own high-income countries. Reductions of at least 10% per year are needed”.

Forbes contributor Roger Pielke uses the term “auction of promises” to describe how politicians launch “targets and timetables for emissions reductions [that] are easy to state but difficult to comprehend.”

His analysis indicates “that the world, and the United States, are not moving towards net-zero carbon dioxide emissions and in fact, every day, we are moving in the opposite direction.”

Using mtoe (million tons of oil equivalent) as a unit of comparison, Pielke claims that the world requires a new nuclear power plant every day to get to net-zero 2050, i.e. to replace fossil energy. That’s one nuclear plant every day for the next 10,587 days to January 1, 2050.

In his recently released new book, Commanding Hope – The Power We Have To Renew A World In Peril, author Thomas Homer-Dixon writes that “Sometime in the not-so-distant future, about 2030 or 2040…humanity will hit a much more unforgiving wall [than COVID]—a series of undeniably disastrous climate events occurs.”

“A switch then flips in the psyches of great numbers of people everywhere…The majority of us…suddenly realize three things at once: the situation is already becoming catastrophic, everything we care about is at grave risk, and most importantly, it’s too late to do anything significant to forestall catastrophe on a world scale.” — Thomas Homer-Dixon.

And that surely is the likely outcome of following the illusory and blue sky Net-Zero 2050 mindset.

ICYMI:
Climate Action: Speeding In The Wrong Direction
We Must Treat The War on Climate Like WWII