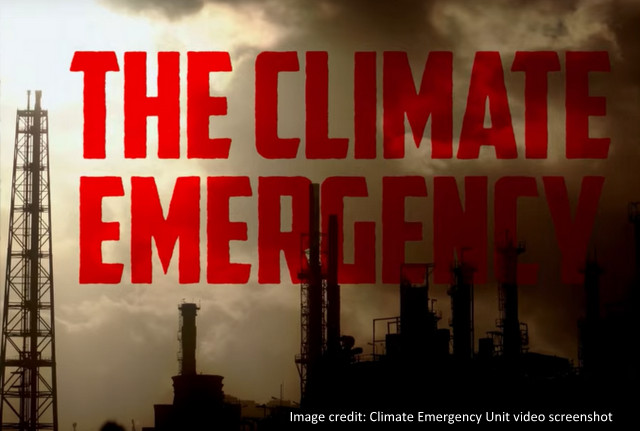 A strong majority of Canadians are deeply concerned about climate change. For many of us, each party’s climate plan will be the deciding factor on election day less just days away. We must elect Members of Parliament who are ready to act like we’re in a climate emergency. Because we are.

In his Assessing climate sincerity in the Canadian 2021 election article, climate expert Mark Jaccard assesses the GHG targets, policies and costs of the climate promises of the Liberals, Conservatives, NDP and Greens. The article was published in Policy Options. Following are excerpts from the analysis.

Canadian voters want to elect climate sincere politicians but identifying them isn’t easy, especially as each party touts the merits of its climate plan. So non-partisan experts like me try to help by assessing climate plans, a task I’ve performed for over two decades. For the federal 2021 election, I here assess the GHG targets, policies and costs of the climate promises of the Liberals, Conservatives, NDP and Greens.

Notice that I distinguish GHG targets from policies and costs. Political operatives long ago realized that some voters mistakenly equate the GHG target with the level of climate sincerity. Since each party in this election has a different target for 2030, this would make a naive voter’s choice simple. Most sincere are the Greens (60 per cent reduction), followed by the NDP (50), the Liberals (40) and the Conservatives (30).

But as I explained in my 2020 book, The Citizen’s Guide to Climate Success, targets alone tell us nothing about climate sincerity. We need to know if the party has policies that will achieve its target, and we need to know if it’s being honest about the cost. The more ambitious the GHG target, the higher the cost, leaving less money for transitional help for middle- and low-income families, workers in hard-hit industries and Indigenous peoples.

Citizens should focus on the carbon prices and regulations in each party’s policy package because only these cause significant GHG reductions. In 2018, the Liberals introduced a rising national carbon price that, if they are re-elected, would reach $170/tCO2 by 2030. They also have been implementing regulations, including one that forces closure of conventional coal plants by 2030. As well, they included subsidies to help consumers insulate homes, cities improve transit and industry change production. Subsidies have only a modest effect, but they may help to increase public and industry acceptance of rising carbon prices and tightening regulations.

How do we estimate the effect of different policies on GHG emissions? It’s straightforward if you’re a climate policy modeller like me.

The model I used is called gTech, which I and a talented researcher, Emma Starke, borrowed from Navius Research Inc. in Vancouver. It’s one of the best models used by governments and research institutes in Canada for estimating the GHG effect of climate policies. As well, if the model finds that a party’s policies won’t achieve its GHG target, I can simulate additional policies in the model (raising the carbon price, tightening the stringency of regulations) until it causes sufficient GHG reductions to meet the target. The model also calculates the cost of achieving the target in terms of reduced GDP.

Just in: In an opinion piece in the National Observer. Seth Klein cautions Why you should take Mark Jaccard’s platform ratings with a hunk of salt.

“Jaccard ignores the most critical criterion against which all parties’ plans should be judged. When one assesses climate platforms through the lens of the climate emergency, the questions one should pose are different:

“According to analysis by Simon Fraser University’s Mark Jaccard, the Liberals have the most effective and affordable plan,” reports the Globe and Mail.

In December 2020, the Liberal government announced its backstop carbon tax would increase annually to reach $170 per tonne by 2030. This applies to fossil fuel products consumed throughout the economy. But for trade-exposed industry, it only applies to a percentage of emissions to prevent significant production cost increases, as these would cause factory closures and major job losses in our steel, cement, aluminum, bulk chemicals, pulp and paper, fertilizer, refining, smelting, mining and oil and gas industries. These compete with industries in countries with weaker climate policies, so it is economically suicidal (and unhelpful to the planet anyway) to impose high GHG reduction costs on domestic industry before enough leading countries have joined us in applying carbon tariffs on polluting imports.

Early in 2021, Navius used gTech to assess Liberal climate policies (carbon pricing, regulations, subsidies) and found these would come close to achieving their 30 per cent target. This was a first. Never before had a Canadian federal government advanced policies that independent experts confirmed could achieve its GHG target. Overall, the policies would reduce GDP by about 2 per cent, meaning the economy would grow 23 instead of 25 per cent by 2030.

In April 2021, the Liberals increased their emissions reduction target to 40 per cent. (They said 40-45 per cent, but the upper value is gimmicky. If they only achieve 40 per cent, they’ll claim they’ve met their target.) Initially, the Liberals were silent on how they would achieve the additional reductions, but on Aug. 29 they announced several new regulations, including a zero-emission vehicle mandate (50 per cent of sales by 2030), a clean electricity standard (all sales by 2035), and a declining cap on oil and gas emissions. While I haven’t had time to precisely model these latest policies, my triangulation between our many simulations suggests they’ll likely achieve the 40 target, albeit with a larger GDP impact of about 2.5 per cent. These are effective and economically efficient policies.

In April 2021, the Conservatives asked me to provide critical oversight (something I provide to all political parties, freely, when asked) while they had Navius test alternative policy stringencies to achieve their 30 per cent target. Because they intend to freeze the carbon price at $50, they need tighter regulations to achieve the same 30 per cent reduction as the Liberals at $170. These include a zero-emission vehicle standard, a low-carbon fuel standard, and a regulation to blend more bio-methane into natural gas. They also include subsidies, which modestly contribute to GHG reduction. The GDP effect is about the same as for the Liberals’ 30 per cent target.

The Conservatives’ use of Navius with my oversight represents another first. Canada’s two largest federal parties both acknowledge the value of expert assessment of their policies. This is encouraging, but more is needed to be fully confident of climate sincerity. For example, the Conservatives intend to replace Canada’s carbon tax with a credit scheme in which each consumer’s carbon tax payments would be banked in a personal account and returned to fund purchases of apparently low-emission products. I am concerned that this policy will not be as effective as a simple $50 carbon tax. I am also concerned that the Conservatives will not keep their promise to immediately implement their regulations, repeating the delaying tactics of the previous Conservative federal government.

The NDP’s 50 per cent target represents an ambitious energy transformation in just nine years. They claim they’ll achieve this by making industry pay for all its emissions, eliminating fossil fuel subsidies, and providing major fuel switching and energy efficiency subsidies, especially to low-income households and disadvantaged people. They say their main policy is carbon budgets, which are difficult to conceptualize, let alone model. (for full NDP analysis, click here)

Although the Green Party at least recognizes the need to protect trade-exposed industry, achieving its ambitious 60 per cent target imposes the highest costs. To achieve such a rapid reduction, the carbon price in 2030 must reach $580, an annual jump of $55 needed to trigger premature replacement or retrofit of much of the economy’s equipment, vehicles, buildings and even factories and infrastructure. (for full Green Party analysis, click here)

Table 1 (below) gives my rating of the climate sincerity of each of the four federal parties based on (1) whether their policies will achieve their targets, (2) what their targets and policy approach will cost Canadians, and (3) how honest they are with Canadian voters.

The Liberals score high (8/10) relative to the other parties for their performance from 2015 to 2021 as the first federal government to be honest about the necessary policies and their costs. They don’t get a perfect score, however, because they upped their target to 40 per cent without simultaneously announcing policies to achieve it. During this election campaign, they’ve unveiled these policies and they are likely to achieve their target, which is good. But they should have made efforts to implement these policies as a minority government before calling an election.

The Conservatives have a lower target, but they have a policy plan that would achieve it, and they are honest about the costs, having exposed their policies to testing with gTech. I rank them substantially lower than the Liberals, however, because they have a credibility challenge. Past federal and provincial Conservative governments have not been sincere about reducing GHG emissions. One hopes the 2021 federal Conservatives are different, but the Canadian voter should be wary.

The Greens and NDP score lower on all counts. It’s misleading to tell Canadians we can magically eliminate 50 per cent and more of our GHG emissions in just nine years, without enormous cost and disruption, especially for certain workers and regions. The NDP score even lower than the Greens on climate sincerity because it is not credible that they would destroy Canadian industries as the means to achieve their target. Social democratic governments in Scandinavia do not implement the policies the federal NDP are proposing. Nor have recent NDP governments in Alberta and B.C. implemented policies that make industry bear the full costs of carbon pollution, or immediately eliminate all fossil fuel subsidies. (Both provinces used gTech to help set and assess their promises and policies.)

Climate-concerned Canadians face a daunting task when voting, but there are helpful points to keep in mind:

ICYMI:
The Farther Right You Vote, The More You Risk
Election 2021 Is All About Climate
Canada: Climate Change and the Muddled “Moveable Middle”