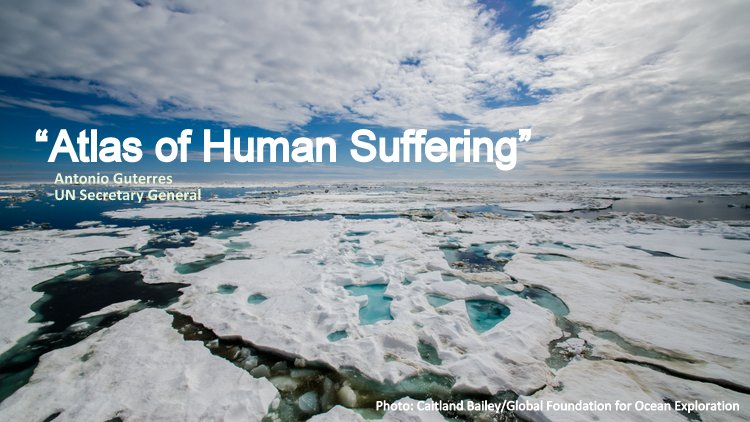 United Nations secretary general António Guterres calls the International Panel on Climate Change (IPCC) report “an atlas of human suffering”. “The report is a dire warning about the consequences of inaction,” remarked Guterres during his February 28th press conference.

As the serious humanitarian crisis unfolds in Europe, fears are growing that climate action will become a mere afterthought for world leaders. This must not be. The climate movement must keep the climate crisis on the front burner. Like the war against the Ukraine, it is a crisis which cannot wait.

The Energy Mix is devoting much of its coverage this week to the climate crisis following the latest IPCC “red alert” warnings. We at Below2C are collaborating with the Mix by featuring several articles starting this week.

After two days of absorbing, parsing, and reading analyses of this week’s Intergovernmental Panel on Climate Change (IPCC) report on climate impacts, adaptation, and vulnerability, one conclusion shines through: the compendium that UN Secretary General António Guterres calls an “atlas of human suffering” will only matter if countries take action.

In 3,675 pages [pdf] of relentless science and analysis, more than 270 scientists from 67 countries have told citizens and world leaders what we already knew, in more comprehensive detail than ever before: despite growing public demand for faster, deeper carbon cuts, action on the climate emergency by governments, businesses, and institutions is falling far short of what’s needed.

“Our report clearly indicates that places where people live and work may cease to exist, that ecosystems and species that we’ve all grown up with and that are central to our cultures and inform our languages may disappear,” said IPCC Co-Chair Debra Roberts, head of the Sustainable and Resilient City Initiatives Unit in eThekwini Municipality, South Africa.

“So this is really a key moment,” she said. “Our report points out very clearly, this is the decade of action if we are going to turn things around.”

Guterres called the report “an atlas of human suffering and a damning indictment of failed climate leadership,” showing nearly half of humanity “living in the danger zone” and many ecosystems at the point of no return—right now. “With fact upon fact, this report reveals how people and the planet are getting clobbered by climate change.”

Our special report on the IPCC’s impacts, adaptation, and vulnerability report includes these stories:

A ‘Criminal’ Abdication of Leadership

There’s still a narrow window of time to avert the worst impacts. But the report inventories all the ways in which current climate adaptation funding and practices fall short of what the science demands.

Holding average global temperature rise to 1.5°C “will require the world to cut emissions by 45% by 2030 and achieve net-zero emissions by 2050,” Guterres said. “But according to current commitments, global emissions are set to increase almost 14% over the current decade. That spells catastrophe. It will destroy any chance of keeping 1.5 alive.”

Allowing that to happen amounts to a “criminal” abdication of leadership, the UN secretary general said, adding that “the world’s biggest polluters are guilty of arson of our only home”.

“It is incomprehensible that we knowingly continue to sow the seeds of our own destruction, despite the science and evidence that we are turning our only home into an uninhabitable hell for millions of people.” Mami Mizutori, UN special representative

Even with prompt, decisive action, many of the effects of climate change are now “unavoidable” over the next 18 years, the working group report says. And “if human-caused global warming isn’t limited to just another couple tenths of a degree, an Earth now struck regularly by deadly heat, fires, floods, and drought in future decades will degrade in 127 ways, with some being ‘potentially irreversible’,” The Associated Press reports.

“Today’s children who may still be alive in the year 2100 are going to experience four times more climate extremes than they do now, even with only a few more tenths of a degree of warming over today’s heat,” AP adds. “If temperatures increase nearly two more degrees Celsius from now (3.4 degrees Fahrenheit), they would feel five times the floods, storms, drought, and heat waves.”

The slightly better news in the report, Guterres said, is that investment in adaptation saves lives. But funders have not yet heeded the call to devote 50% of global climate finance to adaptation, and the adaptation funding on offer after last year’s UN climate summit in Glasgow “is clearly not enough to meet the challenges faced by nations on the front lines of the climate crisis.”

“It is incomprehensible that we knowingly continue to sow the seeds of our own destruction, despite the science and evidence that we are turning our only home into an uninhabitable hell for millions of people,” said Mami Mizutori, UN special representative disaster risk reduction.

“The world also has an opportunity to meet these challenges,” Mizutori added. “The IPCC report points to many solutions on improving regional and local information, providing sound data and knowledge for decision-makers. This does work. Countries have succeeded in saving many lives through improved early warning systems and preparedness.”

But even so, “climate disasters will undoubtedly worsen,” she said. And to date, “there are very low levels of investments in disaster prevention and disaster risk reduction for the world’s most vulnerable countries on the front lines of impacts. We need to ramp up investment in disaster prevention if we are to cope with the exponential rise of disaster events in recent decades.”

ICYMI:
Nuclear Power Is Not A Responsible Investment
Unless We End Financing of Coal, It Will End Us