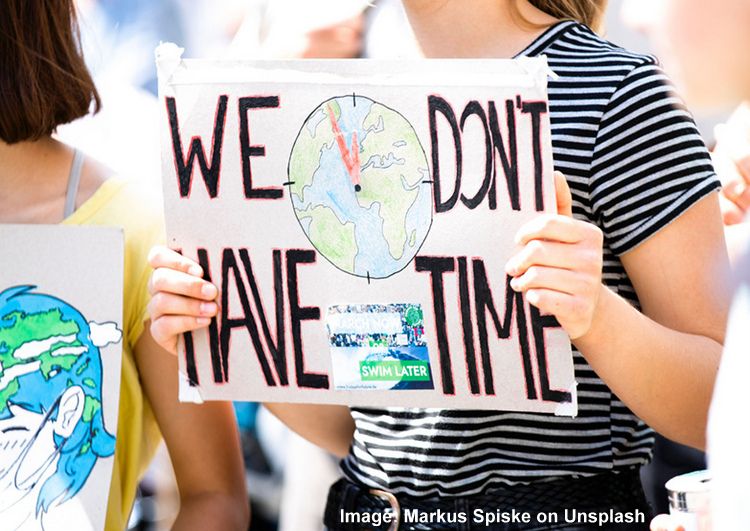 “Now can we talk about the war and how it relates to climate work,” asks a March 25 email to 350.Org group leaders. The US-EU LNG deal to cut Russian gas is troubling for the climate. Doubling down on natural gas is both misguided and dangerous. It is not the solution.

Misguided and Dangerous for Climate

Although the US-EU deal includes efforts to reduce fossil fuel dependence by accelerating the deployment of clean energy, it also includes a significant expansion of LNG infrastructure in Europe. The fact sheet about the Task Force to reduce Europe’s dependence of Russian fossil fuels refers specifically to “diversifying LNG supplies in alignment with climate objectives” and “reducing demand for natural gas.” But the expansion of natural gas infrastructure—import and export terminals and pipelines—will lock in more decades of fossil fuel use in Europe even if President Biden claims that the new agreement won’t derail long-term climate goals.

In its media release, Oil Change International’s Collin Rees (US Program Manager) says “the facts are clear: New LNG infrastructure is a death sentence for the planet. It would take years to build and would operate for decades, far beyond a timeline compatible with meeting climate goals. Ending the fossil fuel era as quickly as possible is the only path to achieve true energy security.”

“Europe doesn’t need more LNG import capacity — it can meet immediate needs with existing infrastructure and shift rapidly to reduce gas demand and ramp up clean energy. Boosting LNG exports from the U.S. would serve only to tether Western economies to a volatile commodity that’s driving conflict, killing the planet, and harming communities…No amount of LNG expansion is consistent with net-zero. The U.S. and EU must reject any temptation to lock in deadly new gas infrastructure that would further destabilize our economies and imperil our climate goals.” — Colin Rees

“In Glasgow, 39 countries and institutions committed to end public finance for fossil fuels by the end of 2022 and instead prioritize clean energy finance. Countries also committed to phase out fossil fuel subsidies. Rather than backsliding and committing new public finance to unnecessary and polluting projects, the only effective response to the current moment is accelerating this agenda and doubling down on public finance and subsidies for the energy efficiency and renewable solutions that can significantly reduce gas use in the short-term.”

In Canada, Tzeporah Berman (International Program Director at Stand.Earth and Chair of the Fossil Fuel Non-Proliferation Treaty Steering Committee) is imploring the Canadian government to “not be misled by oil and gas CEOs ready to exploit another crisis to increase production and push outdated, high-carbon fuel on markets seeking to wean themselves off fossil fuels.”

Canada continues to be the climate rogue of the G7 and the only member to have embarrassingly failed to curb the growth of its emissions. In fact, we are heading in the wrong direction as shows the chart embedded in the oil-soiled Canadian flag below.

“The devastating war in Ukraine is hastening the end of the fossil fuel era in many regions,” writes Tzeporah Berman in her recent National Observer OpEd. But apparently not in Canada. Calls by some politicians and oil executives to resurrect cancelled pipelines and increase production to come to Europe’s rescue are simply hypocritical and shortsighted.

Environment Minister Steven Guilbeault said recently that “The solution to global energy problems is not to increase our dependency on fossil fuels. The best way to improve the energy security of European countries is to reduce dependence on oil and gas, regardless of where it’s coming from.”

ICYMI:
We Are Sleepwalking To Climate Catastrophe
Spending $1.8 Trillion A Year To Finance Our Own Extinction
Citizens Need To Take the Jump On Climate