Below 2C
Home Socio-Politico Canada Canada Must Talk About Carbon Pricing in 2015. It's Good Politics 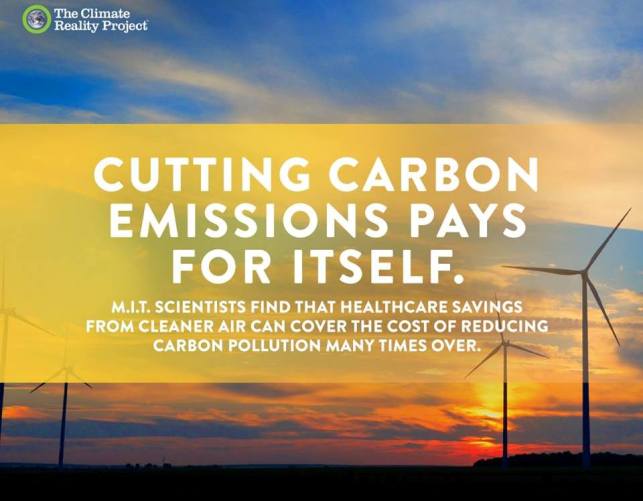 In October of 2015, Canadians will elect a new government. One of the key issues during this election year will most certainly be the environment – climate change, carbon emissions, energy, pricing carbon.  Historically, climate change has not garnered much (if any) attention during Canadian election campaigns. This is about to change.

A growing majority of electors view climate change as a serious problem that requires serious government action. A recent survey by Environics Institute for Survey Research (in partnership with the David Suzuki Foundation) shows that 78 per cent of Canadians are concerned about the effects of climate change on their children and grandchildren. The poll also shows that 63 percent of Canadians believe that climate change is anthropogenic – caused by humans.

But the most compelling finding of the Environics survey is that Canadians want immediate action on climate change.  A very politically powerful 88 percent of Canadians want their government to commit to “significant new actions” to reduce greenhouse gas emissions. At the same time, there is growing majority public support for a federal tax on carbon. This is a game-changer!

Ian Bruce, who is the Science and Policy Manager for the David Suzuki Foundation, says that:

A carbon tax is one of the most powerful incentives governments can use to encourage companies and communities to pollute less….It’s encouraging to see that Canadian support mirrors momentum around the world for pricing carbon pollution, with 73 countries, 22 states, provinces and cities and over 1,000 businesses recently signalling their commitment.

Canadians are now seeing the value of a carbon tax at home where B.C.’s experience shows it’s possible to shrink carbon pollution while economically outperforming most of the country.

Canada and Carbon Pricing in 2015

In 2015, Canadians will have to weigh in on the carbon pricing system that will best meet its economic and political realities. World experience shows that pricing carbon using a sector by sector approach (Canada) or by the Cap and Trade system (European Union) have proven to be highly ineffectual. Simpler carbon pricing options such as the Carbon Tax and the Carbon Fee & Dividend are now recognized as the premier carbon pricing mechanisms.

The British Columbia Carbon Tax is both an environmental and economic success. Its most important feature is its revenue neutrality. All monies raised by the BC carbon tax are used to reduce other provincial taxes. The carbon tax design includes a tax credit for low-income British Columbians to offset the financial burden of more expensive fuel.

In its Why Stephen Harper should love carbon taxes article, The Globe and Mail provides a strong endorsement of the BC model:

The impact of BC’s carbon tax has been profound. Between 2008 and 2012, per-capita consumption of fuels subject to the tax fell 17 per cent in BC, while rising 1.5 per cent in the rest of Canada. At the same time, BC’s economy slightly outperformed the rest of the country. Raising taxes on something society wants less of – pollution – while lowering taxes on the things we want more of – jobs, income, savings – has had the expected effect. Pollution is down. The economy is not….A carbon tax works because it’s Economics 101.

The study examined a tax on the carbon-dioxide content of fossil fuels. The tax would start at $10 per ton, increasing at $10 per ton each year. Revenue from the tax would be returned to households in equal shares as direct payments. Under this approach, the REMI study found that recycling the revenue back into the economy would add 2.1 million jobs over ten years. Improvements in air quality would save 13,000 lives a year. Emissions would decline by 33 percent.

What this study shows is that by giving the revenue back to the people, a carbon tax will actually stimulate the economy,” said Mark Reynolds, executive director of Citizens Climate Lobby, which commissioned the study. “The big knock on a carbon taxes has been that it would kill jobs. That assumption is now blown out of the water. (Source: CCL Press Release)

Other references for Carbon Fee & Dividend:

Why Carbon Pricing is Good Politics for Canada

Canada’s political leaders – Stephen Harper, Elizabeth May, Thomas Mulcair, Justin Trudeau – cannot avoid a dialogue with Canadian electors on climate change. Inevitably, that dialogue will spill over into Canada’semissions reduction targets leading up to the Paris2015 Summit. The attainment of those targets will make pricing carbon unavoidable.

But the politics of carbon pricing do not have to be disastrous for any would-be climate leader. Carbon pricing is good politics for the following reasons:

Raising taxes on something Canadians want less of – pollution – while lowering taxes on the things we want more of – jobs, income, savings – is a no-brainer.

So where is the leadership? Who will lead the carbon pricing conversation? Anyone?

Rolly Montpellier is the Founder and Managing Editor of BoomerWarrior.Org. He’s a Climate Reality leader, a Blogger and a Climate Activist. Rolly has been published in the Climate Change Guide, The Hill Times, TheCanadian, UnpublishedOttawa, the Kingston Whig, Examiner, 350Ottawa, ClimateMama, MyEarth360, GreenDivas, The Elephant, Countercurrents.