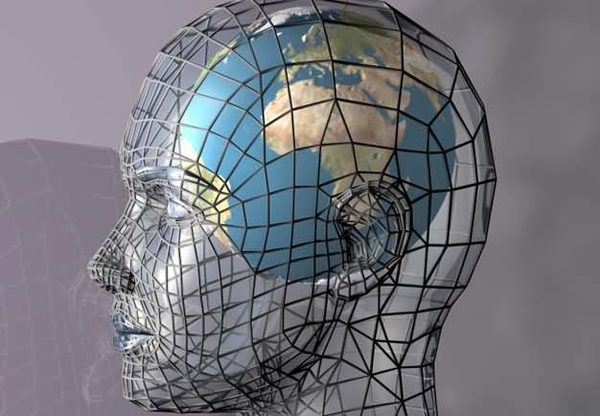 Part 1 – Why are we morally obligated to fight climate change? – was published in BoomerWarrior on December 22, 2014. It ends by asking very important questions about the climate movement:

When climate change is discussed, it is either discussed as a “controversy” or a “problem” rather than the existential emergency that it actually is. Our civilization, planet, and each of us individually are in an acute crisis, but we are so mired in individual and collective denial and distortion that we fail to see it clearly.

While the need for a whole society and economy mobilization to fight climate change is broadly understood by experts, we are not close to achieving it as a society?

This article is Part 2 of  Margaret Klein’s What Climate Change Asks of Us: Moral Obligation, Mobilization and Crisis Communication. Part 2 seeks to answer the question left unanswered at the end of Part 1: “why is there such a gap between what we know – the climate science – and our failure to take climate action?

The Role of Pluralistic Ignorance

How can this be? How are we missing the crisis that will determine the future of our civilization and species? Dr. Robert Calidini, social psychologist and author of Influence, describes the phenomenon of “pluralistic ignorance,” which offers tremendous insight into this question, and into how we can beat the trance of denial and passivity.

In the following passage, Dr. Calidini is not discussing climate change, but rather, the phenomena of emergencies (heart attacks, physical assaults, etc.) that are sometimes witnessed—and ignored— by dozens of people, especially in urban settings. These tragic instances are often ascribed to “apathy”—the hardening of city dwellers’ hearts toward each other. But scientific research shows something very different. Research shows that if one person witnesses an emergency, they will help in nearly 100% of instances. It is only in crowds—and in situations of uncertainty—that we have the capacity, even the tendency, to ignore an emergency.

Very often an emergency is not obviously an emergency. Is the man lying in the alley a heart-attack victim or a drunk sleeping one off? Are the sharp sounds from the street gunshots or truck backfires? Is the commotion next door an assault requiring the police or an especially loud marital spat where intervention would be inappropriate and unwelcome? What is going on?

In times of such uncertainty, the natural tendency is to look around at the actions of others for clues. We can learn, from the way the other witnesses are reacting, whether the event is or is not an emergency. What is easy to forget, though, is that everybody else observing the event is likely to be looking for social evidence, too.

And because we all prefer to appear poised and unflustered among others, we are likely to search for that evidence placidly, with brief, camouflaged glances at those around us. Therefore everyone is likely to see everyone else looking unruffled and failing to act. As a result, and by the principle of social proof, the event will be roundly interpreted as a nonemergency.

This, according to [social psychology researchers] Latané and Darley, is the state of pluralistic ignorance “in which each person decides that since nobody is concerned, nothing is wrong. Meanwhile, the danger may be mounting to the point where a single individual, uninfluenced by the seeming calm of others, would react.”

These paragraphs vividly illustrate how denial of the climate crisis is cocreated through the effect of pluralistic ignorance. We look around us and see people living their lives as normal. Our friends, coworkers, and family members are all going about their days as they always have. They are planning for the future. They are calm. They are not discussing climate change. So surely there is no emergency. Surely civilization is not in danger. Calm down, we tell ourselves, I must be the only one who is afraid.

This situation creates an intense amount of social pressure to act calm and not appear hysterical or “crazy.” We all want to fit in, to be well liked and to be considered “normal.” As of today, that means remaining silent on the effects of climate change, or responding with minimization, cynicism, or humor. It is taboo to discuss it as the crisis it is, a crisis that threatens all of us, and that we each have a moral obligation to respond to.

Of course, this pluralistic ignorance of the climate emergency is reinforced and bolstered through misinformation campaigns funded by fossil-fuel companies and the hostility of the few. “Better not bring up the climate crisis,” we tell ourselves, “It’s a controversial topic. Someone might really lose their temper.” However, the responsibility for pluralistic ignorance is widely shared. The vast majority of us—including those of us who believe in climate science and are terrified by climate change—are still, unwittingly, contributing to pluralistic ignorance.

Fortunately, the research on pluralistic ignorance and crisis response provides excellent guidance for how to overcome this trance of collective denial. The research shows that humans are actually strongly motivated to act in a crisis—as long as they are sure that there is a crisis and that they have a role in solving it. As Dr. Calidini describes,

Dr. Calidini provides a vivid example of how to apply this knowledge to a personal emergency—if you begin experiencing the symptoms of a stroke in a public place. As you start to feel ill, you slump against a tree, but no one approaches you to help. If people are worried about you, they look around, see everyone else acting calm, and decide that there is no emergency and no need to intervene. People are taking cues from each other to deny and ignore your crisis. How can you call forth the emergency intervention you need?

Stare, speak, and point directly at one person and no one else: “You, sir, in the blue jacket, I need help. Call an ambulance.” With that one utterance you should dispel all the uncertainties that might prevent or delay help. With that one statement you will have put the man in the blue jacket in the role of “rescuer.” He should now understand that emergency aid is needed; he should understand that he, not someone else, is responsible for providing the aid; and, finally, he should understand exactly how to provide it. All the scientific evidence indicates that the result should be quick, effective assistance.

Humans contain a great capacity to help each other, to dutifully respond to the needs of others, and to improve the world around us. We also have a need to feel good about ourselves, and that includes fulfilling our moral obligations. When it is clear there is an emergency, and we have a vital role in responding to it, we respond vigorously.

Climate Change is a Crisis, and it is YOUR Responsibility

Effectively intervening in pluralistic ignorance should be considered the primary goal of the climate movement. Climate change is a crisis that demands a massive collective response. This truth will become crystal clear if we overcome the forces of denial and pluralistic ignorance.

To call forth an emergency response from people, we have to put them in the role of rescuer. We must make clear that (1) an emergency is unfolding and (2) YOU have a critical role in responding to it.

Watch for Part 3 of What Climate Change Asks of Us: Moral Obligation, Mobilization and Crisis Communication