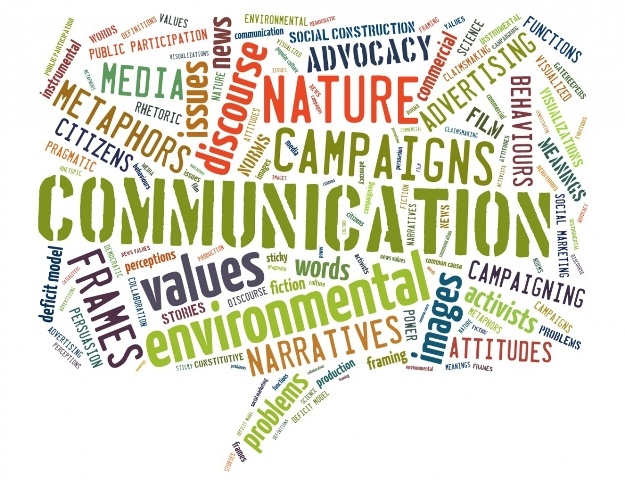 This article is Part 3 of Margaret Klein’s (Climate Psychologist) What Climate Change Asks of Us: Moral Obligation, Mobilization and Crisis Communication. Part 3 deals with the urgency of effective climate communications identified at the end of Part 2:

Climate change is a crisis that demands a massive collective response. Effectively intervening in pluralistic ignorance should be considered the primary goal of the climate movement.

To call forth an emergency response from people, we have to put them in the role of rescuer. We must make clear that (1) an emergency is unfolding and (2) YOU have a critical role in responding to it.

The environmental movement has not yet made either of these points clear. Indeed, the dominant school of thought in climate communications that says we must underplay the severity of the climate crisis to avoid “turning people off,” and we must emphasize individual reduction of emissions in order to provide people a sense of efficacy.[iii]

Avoiding or finessing the frightening truths of climate change is not only ethically dubious, it is also bound for failure. If we want people to respond appropriately to the climate crisis, we have to level with them, and if we want to claim the moral high ground, we cannot distort the truth just because it’s easier.

From Perpetrators to Rescuers

A major reason that climate communications have been so milquetoast is that they have lacked a large-scale social movement and political strategy that individuals can be a meaningful part of. Instead, individuals have been addressed as “consumers” who should strive to minimize their individual carbon footprint or environmental impact. This approach is nonsocial and nonpolitical and casts individuals as perpetrators who should attempt to reduce the amount of harm they are causing, rather than rescuers who can make a meaningful contribution to a collective solution.

This point deserves emphasis, as it is so often misunderstood in our intensely individualistic culture. Our moral obligation to fight climate change is to build a collective solution, not to purify ourselves as individual consumers. This common response to the climate crisis can even be counterproductive in several ways: (1) it keeps the burden of responding to climate change on the individual, implicitly rejecting the idea of a collective response; (2) it perpetuates the message that there is no crisis by demanding only slight modifications to “business as usual”; and (3) it is often perceived as “holier than thou,” which can create the perception of barriers to entry to the movement. For example, a person might be deeply concerned about the climate crisis but feel they lack “standing” to voice their feelings because they eat meat or fly to Europe.

We must create an atmosphere in which active engagement in the climate crisis is considered a fundamental part of living a moral life. To accomplish this, we have to give people opportunities to be a meaningful part of the solution; we have to give them the opportunity to be rescuers.

The Pledge to Mobilize: A tool that creates rescuers.

I have worked for the past 18 months with The Climate Mobilization—a growing network of teammates, allies, and consultants to develop a tool intended to help individuals intervene in collective denial and pluralistic ignorance and call forth the all-out emergency response needed to protect civilization and the natural world.

The Pledge to Mobilize is a one-page document that any American can sign. The Pledge is several things at once— it is a public acknowledgment that the climate crisis threatens civilization, an endorsement of a World War II–scale mobilization that brings the United States to carbon neutrality by 2025 (by far the most ambitious emissions reduction goal proposed), and a set of personal commitments to help enact this mobilization. When someone signs, they pledge to (1) vote for candidates who have publicly endorsed the Climate Mobilization platform over those who have not; (2) only donate time and money to candidates who have endorsed the mobilization platform, and (3) mobilize their “skills, resources, and networks to spread the truth of climate change, and the hope of this movement, to others.”

The Pledge provides a bridge between individual and collective action—the actions that Pledgers agree to are all social and political in nature: things that one person can do to influence the group. Most important is personal commitment: #3— to spread the truth of climate change, andthe Pledge itself. This is a strategy to reverse pluralistic ignorance and social pressure, which is supported by psychological research.[iv] People who take the Pledge start conversations with their friends and family about the climate crisis that include realistic solutions.

On December 7, 1941, the United States experienced a sudden, collective exit from pluralistic ignorance. Before Pearl Harbor, the country was mired in the denial of isolationism. “The war doesn’t concern us,” we told ourselves. “Lets stay out of it.” With one devastating surprise attack, that pluralistic ignorance transformed into a culture of mobilization, in which every citizen had a role to play in supporting the war effort—every American became a rescuer—a critical part of a shared mission.

Many scientists and scholars who recognize the need for a World War II–scale climate mobilization believe that some catastrophic event—a super-storm, a drought, or an economic collapse, will similarly jolt us out of our collective climate denial. There is reason to doubt this, however, given how much more complicated climate change is than a surprise attack. Further, we have a moral obligation to achieve this collective awakening as soon as possible.

Talking about the climate crisis candidly and our moral obligation to stand against it— whether using the Pledge to Mobilize, or not—helps prepare people to see the crisis. Conversations that seem unsuccessful may alter how the person processes climate-related disasters in the future, or make them more likely to seek out or absorb information about the crisis.

Give it a try. Talk with five people about the climate crisis this week. Talk about how afraid you are, and how you feel it is a moral obligation to spread the fact that we are in a crisis. Consider taking the Pledge to Mobilize—it will provide you with a tool to help you intervene in pluralistic ignorance, as well as a community of individuals who are committed to this approach. It takes courage to face climate change honestly, and discussing it with other people puts you at risk of rejection and hostility. But morality demands we do what is right, not what is easy.

We must rise to the challenge of our time, together.

References:
[iii] For example, “Connecting on Climate” created by Columbia University and EcoAmerica which is widely considered an authoritative applied synthesis of the psychological work on climate.

[iv] As psychologists Roser-Renouf, Maibach, Leiserowitz & Zhao (2014) put it “Building opinion leadership on the issue – e.g., by encouraging those who are concerned about the issue to discuss it with their friends and family, and eventually with other more socially distal people – may be one of the most effective methods of building public engagement and political activism.”